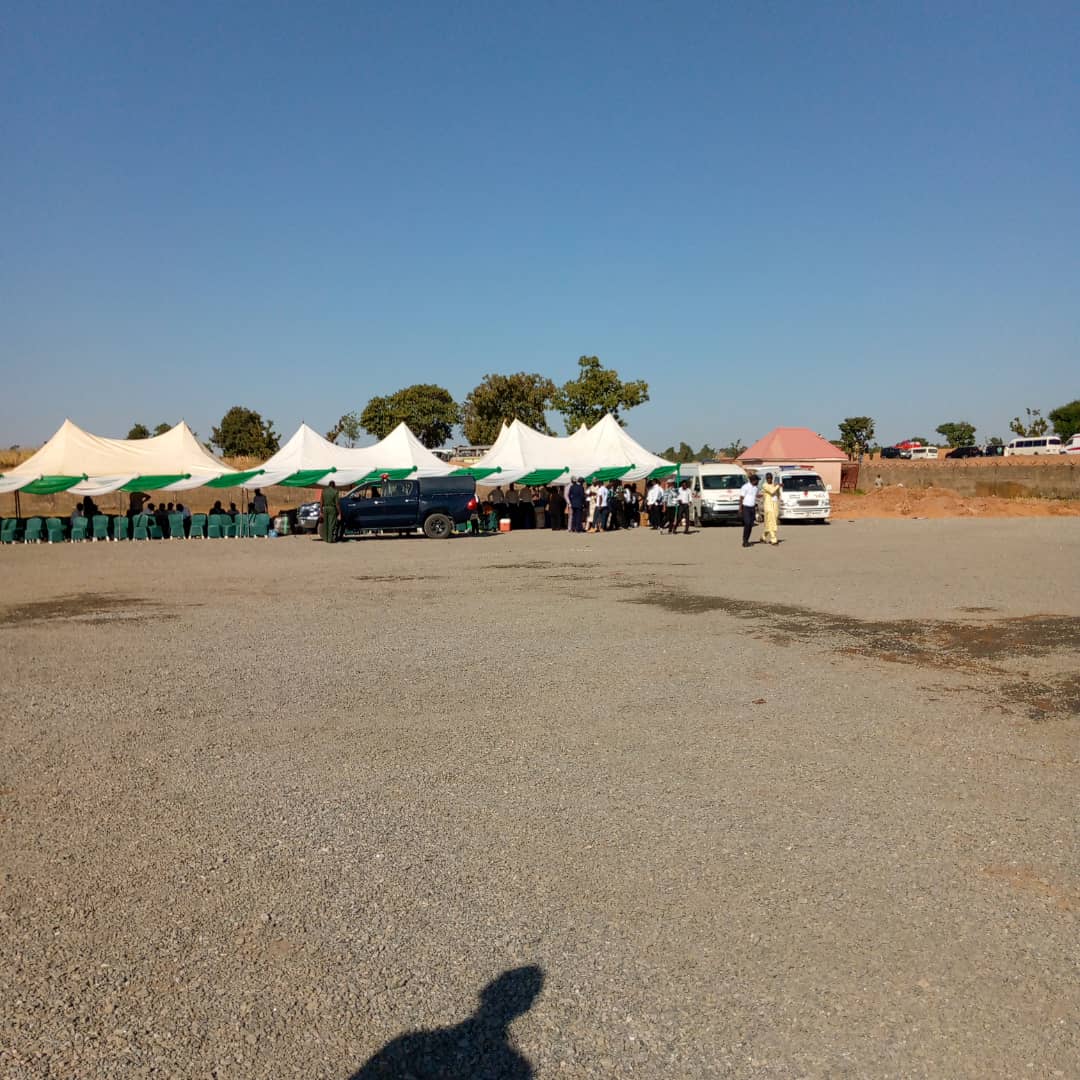 Community leaders and residents of Bauchi and Gombe states have called for job opportunities and a roadmap to a cleaner environment as President Muhammadu Buhari supervises the first oil drill in Northern Nigeria today.

They described the development as a new dawn in their lives but called on the president and other stakeholders to ensure their communities were not sidelined in terms of recruitment, decision-making, compensation and other opportunities.

Our correspondents report that preparations have gone far around the Kolmani River between Bauchi and Gombe state where President Buhari will supervise the historic event.

In Gombe town, Daily Trust observed top officials of the Nigerian National Petroleum Company Ltd (NNPC) and the New Nigerian Development Company (NNDC) mobilising to the site to put in last-minute touches to arrangements for the first oil drill.

Oil Prospecting Licence (OPL) 809 and 810 Kolmani field are held by NNDC, the umbrella investment company for the 19 northern states in partnership with NNPC Ltd in a Production Sharing Contract (PSC).

Although exploration started over 30 years ago, it was halted for some reasons but in 2019, NNPC announced the discovery of oil in commercial quantities at the Kolmani River area.

By September 2021, it began shopping for a developer of the integrated oilfield, comprising drilling of oil at the upstream level and the midstream operation of a 50,000 barrel per stream day (bpsd) refinery plant and a 150 megawatts (MW) power plant.

Our reporters observed a heavy presence of security along the Gombe – Bauchi Expressway leading to the project site across some villages that include Garin Kafin Abbas in Alkaleri Local Government Area of Bauchi State, where an earlier drill attempt was halted.

In a piece welcoming Buhari to the oil drill site, Dr Aliyu U. Tilde, the Commissioner of Education in Bauchi State, said history had been made for the two sister states who have been ‘re-joined’ by the oil find.

He traced the history of the Kolmani River serving as the border between Bauchi and Gombe to the era of two disciples of Usman Danfodio—Yakubun Bauchi and Buba Yero, respectively.

According to him, there were some clashes between the two over where their boundary would be but in 1817, Sultan Muhammad Bello ruled and it was agreed that the Kolmani River would be their boundary.

The Bauchi province remained until 1996 when Gombe became a state during the regime of General Sani Abacha.

“They are joined again through oil and gas by President Buhari in the same Kolmani valley where their ancestors quarrelled 207 years ago. I think we better accept that providence has decreed that the two will remain together as brothers forever,” he stated.

He, however, warned that unless the will is strong, naysayers could push the incoming administration to halt the progress made so far.

“The next president can still frustrate things if he wishes. Whatever it is, President Buhari has delivered on this. Making Kolmani a reality will go down as one of his major achievements.”

A former staff of NNPC thanked Buhari for making the oil drill a reality but said there are many things to be done for the impact to be felt.

“The issue of whether there is oil in the North has been settled. However, beyond the ceremonial oil drill, the president must have a way of ensuring the pipelines for pushing the oil are laid as soon as possible.

“There is also the need for a refinery around the area. But in the interim, he should ensure that the rail track that passes through Alkaleri is used to convey the crude to refineries within the country.

“The drilling will only be a reality when infrastructures are put in place, I wish the president had given similar attention to the infrastructure component,” he said.

A resident of Alkaleri town, Malam Aliyu Adamu said they were happy.

“Our major fear about the projects is environmental degradation because 90 per cent of people of Alkaleri are peasant farmers who depend largely on farming and rearing of livestock as means of livelihood. We don’t want a situation where oil exploration will destroy our environment and the government’s negligence as is being witnessed in the Niger Delta.

“The second challenge that we are apprehensive about is the issue of employment of our teaming youths because the companies working at the oil site have not employed our youths. We just saw people from some other places working on the projects with very few ones from the host community,” Adamu said.

In a telephone interview, Chairman of Alkaleri branch of National Youth Council (NYC), Comrade Bala Mohammed Duguri, said that oil exploration will benefit their people because it will boost economic activities.

“We hope it will bring about the establishment of small and big companies because their presence will strengthen our markets.”

In Gombe, some residents expressed mixed feelings too over the discovery. Malam Alhassan Yahaya said the North had also arrived.

“For us to see that oil is discovered in the core northeastern part of the country is good news.

“Government should train indigenes of the state in the area of geology, industrial welding, electric engineering and other disciplines to make them attractive to available opportunities in the oil fields,” he said. On his part, Chairman of the Association of Gombe NGOs (ANGOs), Comrade Ibrahim Yusuf, said, “Local content must be observed in the areas of manpower and other factors that will make sure people of the community benefit. The implementation of the Petroleum Industry Act will go a long way in helping to douse tension that may arise from the oil discovery.”

Dr Musa Alkali, another resident, said the issue should not be reduced to politics.

“We are in politics season, less than 100 days to the elections when the ruling party’s grip is being threatened, then news of oil drill broke in the North East. They just want a political gain from people.

“Nevertheless, if they truly discovered the oil, I think it is a positive development, it will bring development to our states because our monthly allocation will increase and it will give more money to our government for developmental projects,” he said.

PIA will be helpful – Experts

Experts in the oil and gas sector have said with the transparent implementation of the PIA, there will be no issues in delivering the Kolmani oil fields.

Dr. Garuba Dauda said that there would be no problem with the oil discovery if the provisions of the PIA were adhered to.

He said, “I don’t see much of a problem, if only we commit to the provisions in the PIA 2021, especially the content of the Host Community Development Fund.

“The provisions are robust enough to guarantee the buy-in of communities and support their development.

“It is hoped that we will leverage the experience of our unenviable history of oil revenue management to redefine life in Nigeria.”

Also speaking, an official of NNDC said, “We are particularly excited that this project is an integrated one. Along with NNPC, we will deliver crude oil to Nigerians, refine it locally right at the site and distribute it. We won’t be talking of fuel scarcity in the North when this begins and to say that there is also a power plant means the lost glory of the North in terms of industrialisation has been recovered.”