The president of Ghana, Nana Addo Dankwa Akufo-Addo, has said Africa loses $88billion to illicit financing every year, as of 2020. Akufo-Addo stated this in… 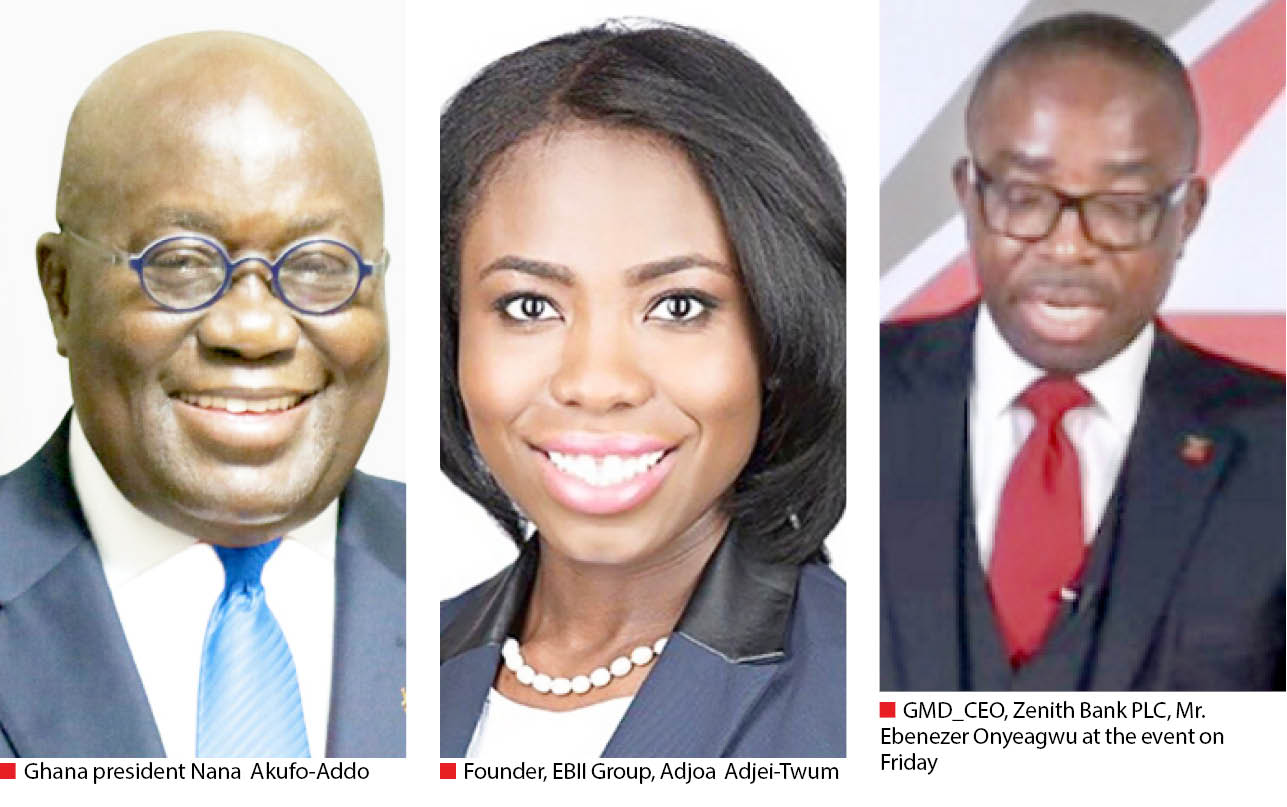 The president of Ghana, Nana Addo Dankwa Akufo-Addo, has said Africa loses $88billion to illicit financing every year, as of 2020.

Akufo-Addo stated this in his keynote address as the Special Guest of Honour at the Emerging Business Intelligence and Innovation (EBII), Africa Investments Risk and Compliance Summit 2021, held at the University of Oxford, United Kingdom and virtually on Friday.

He said financial crimes in the past 30 years had become a threat across the globe, noting, “If the African continent is not seen as a regular place where rules can be flouted, we would not have gathered here to talk about this today.”

The president cited an illicit financing report by the United Nations Economic Commission for Africa (UNECA) in 2015, saying Africa loses over $50bn annually.

He said that five years later, and according to the United Nations Conference on Trade and Development (UNCTAD) report in 2020, the figure had reached $88bn.

“That is a lot of money that we had to forgo.”

Akufo-Addo blamed foreign investors for being involved in the process, with the complicity of some Africans as he called for stronger regulatory frameworks, as well as foreign investors and multinational groups obliging to comply with the payment of taxes, among others.

The president also said the G7 Group (rich countries) had agreed that multinationals would pay more tax, and agreed in principle that they should pay at least 15 per cent global minimum corporate tax rate to the countries where they operate. This G7 agreement was reached in June this year.

The summit, held at the Said Business School, University of Oxford, with a virtual session, had Media Trust, publishers of Daily Trust newspapers, Zenith Bank and some other firms as key partners.

While Zenith Bank is the premier sponsor, Media Trust, Access Media, Africa Compliance Hub, among others, were event sponsors, panel sponsors and strategic partners for the summit.

This year’s African Investment Summit, with the title, “Financial Crime Compliance and Environmental, Social and Governance (ESG) – The Future of African Investment,” is a call to action for African political leaders, policymakers, regulatory authorities, leading bilateral/multilateral development finance institutions; private equity and impact investments funds; banks and other financial institutions to come together to reflect on issues that include financial crime compliance in supporting growth and development of Africa.

Continuing, Akufo-Addo noted that a decade ago, before China stepped into Africa with investments, it was dominated by western countries and they carried on the way of the colonial masters.

He, however, said nobody was requesting special treatment for Africa, but it should be treated just like it is generally accepted by religious tenets.

On the best way to thrive in doing business in Africa, he said, “When rules are flouted, the consequences are dire, even for the most established institutions. The lessons are clear and the rule must be obeyed.”

Akufo-Addo called on Africans in the Diaspora to drive investments home for the prosperity of the continent. He said the African Continental Free Trade Area (AfCFTA) headquartered in Ghana, which started trading on January 1, 2021, offered the continent the opportunity for prosperity.

The founder and chief executive officer of the EBII, Adjoa Adjei-Twum, said the COVID-19 pandemic impacted businesses negatively in Africa. The financial crime compliance expert said the summit was a call to action for African political leaders, policymakers, regulatory authorities, leading bilateral/multilateral development finance institutions; private equity and impact investments funds; banks and other financial institutions to come together and reflect on issues of financial crime compliance in supporting growth and development of the African continent.

Adjei-Twum, who said, the EBII was a compliance and risk management consulting firm headquartered in the United Kingdom and supported by Oxford University Innovation, thanked the president for the keynote address as she presented a painting to him.

A keynote panel followed this to discuss ‘Current Investment Opportunities in Africa and Trends in the Different Sectors and Countries.’

It was noted that the COVID-19 pandemic has dealt a severe blow to certain industries, while others have been strengthened. Similarly, some countries on the continent have weathered it relatively well, while others continue to struggle, and investors want to understand these trends.

The Group Managing Director/CEO, Zenith Bank PLC, Mr Ebenezer Onyeagwu, in his keynote panel address, stated, “If we invest in Africa, I believe that in no time Africa will improve in life expectancy.” He harped on the need to give more attention to health care in the wake of the COVID-19 pandemic.

Highlighting the prospects in Africa, the bank chief, said Africa has a 1.3 billion population, with mostly youths who are resourceful. “Africa accounts for about 60 per cent of uncultivated arable land in the whole world and 9 per cent of water bodies,” he stated.

He noted that with the right investment in mechanised agriculture, Africa would be home to organic food production in the whole world. He discouraged the high investment being made in genetically modified foods, which he said could help Africa to produce more organic types.

On the Morgan Stanley Index, he said only eight exchanges were listed in it, in spite of having 54 countries. He noted that more investments were needed to boost the business face of Africa, adding, “Africa is open for investment, and investment in Africa brings more return.”

Onyeagwu said this is because there is cheap labour and resources with more youths to engage, adding that with the AfCFTA, investors can be present in one African country, and getting guarantees to the markets of other countries in Africa.

Besides that, the Zenith Bank boss said the payment system in Africa was on an improved level, saying retail credit and consumer lending is growing, with consumption growing more, which guarantees a huge monumental market.

He said Africa should be looked at beyond aids; but a market because the AfCFTA is a game-changer that will drive reforms in Customs, among others.

To promote investment, he said Zenith was sponsoring the Inside Africa of the CNN for about 16 years of the 22 years of the programme to showcase Africa to the world, especially the diversity, richness, creativity and talent in Africa.

He also noted that Zenith Bank was also guiding investors in Africa, noting that the bank had on board 10 to 15 investors in Africa in this process to help safeguard their businesses against volatility in the exchange rate, among others.

He further noted that the bank is conscious of gender diversity as 48 of the staff are females and his deputy is also a female. Females are on the boards and heading subsidiaries, he added.

“We need to have a paradigm shift in Africa. Africa is a work in progress. I would like to urge leaders in Africa not to despair or give up. Let’s rise up, let’s be open for business.

“We must respect the rule of law and the sanctity of contract. We should take up the issue of responsibility and accountability much more seriously,” he told continental leaders.

Speaking about the positive pathway in Nigeria, Onyeagwu told the physical and virtual gathering that there were various tax holidays granted by the federal government; the new policy allowing corporate firms to convert their corporate taxes to finance road construction and other infrastructure.

The Zenith Bank chief also said that recently, the Central Bank of Nigeria (CBN) created the Infrastructure Company (InfraCo) with a share capital of about $20bn (N1 trillion) to attract investors towards developing infrastructure that would promote industrial revolution.

He also urged countries in the continent to shun xenophobia and other discriminatory behaviours, saying those actions retard growth. And for global leaders, Onyeagwu said Africa demanded reciprocity and fair treatment in all aspects.

In her keynote address, the African Union Commissioner in charge of infrastructure and energy, Dr Amani Abou-Zeid, said it was time for Africa to turn its challenges into opportunities, especially in the post-COVID era.

Earlier in their welcome remarks, the Dean of the Blavatnik School of Government, University of Oxford, Professor Ngaire Woods and Deputy Dean, Saïd Business School of the institution, Dr Jonathan Reynolds, all lauded the participants, saying such platforms informed engaging thoughts towards promoting the development of Africa.

As the summit closed, the EBII Group noted that 2020 was primarily defined by the devastating impact of the Covid-19 pandemic on billions of lives worldwide. In both developed and developing countries, health and economic systems experienced unprecedented levels of pressure.

In Africa, economic growth declined by 3.3 per cent in 2020, making the region experienced its first economic recession in 25 years.

Furthermore, lower domestic consumption and reduced investments are projected to cost the region at least $115bn in output losses, according to the World Bank (2020) article, “Strengthen Insolvency Frameworks to Save Firms and Boost Economic Recovery.”

The implication of this is that 40 million people could be pushed into extreme poverty, undermining five years of progress in fighting poverty on the continent.