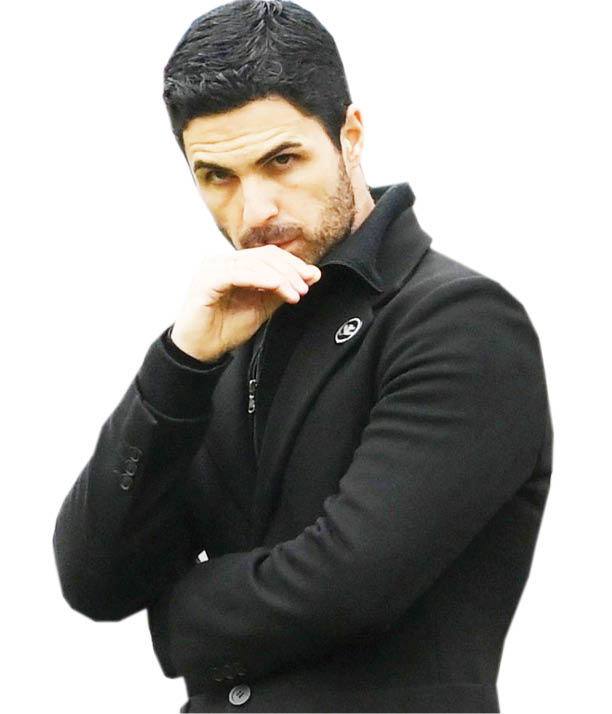 Arsenal manager Mikel Arteta is hoping a six-week hiatus to the Premier League season does not come at the wrong time for his side after the Gunners moved five points clear at the top on Saturday.

Arsenal have not won the league since 2003/04 and have failed to even finish in the top four for the past six seasons.

A return to the Champions League next season appears a formality with Arteta’s men 14 points clear of fifth-placed Manchester United.

And City’s unexpected first home defeat since February to Brentford sets up an intriguing title battle when the Premier League returns after the World Cup on Boxing Day.

“We showed another kind of maturity today [Saturday],” said Arteta.

“In the first 20-30 minutes, we struggled to break them down. We were much better in the second half and we had a bit more courage and took risks but also not allowing them to run.”

Eight of Arsenal’s starting line-up are now headed to Qatar as Arteta confirmed Granit Xhaka’s early substitution was just down to illness for the Swiss midfielder.

“I’ll touch wood and hope for the best,” he added on whether the break could count against Arsenal.

“When everyone is back we’ll assess where we are and go from there.

“I would train tomorrow but unfortunately they’re not here.

“I wish those going to the World Cup the best and they will look after themselves. I hope they enjoy it because it doesn’t get better than playing for your country,” Arteta said.