Arsenal have raised the possibility of including Barcelona star Ousmane Dembele in a deal to take Pierre-Emerick Aubameyang to the Nou Camp, according to Mundo… 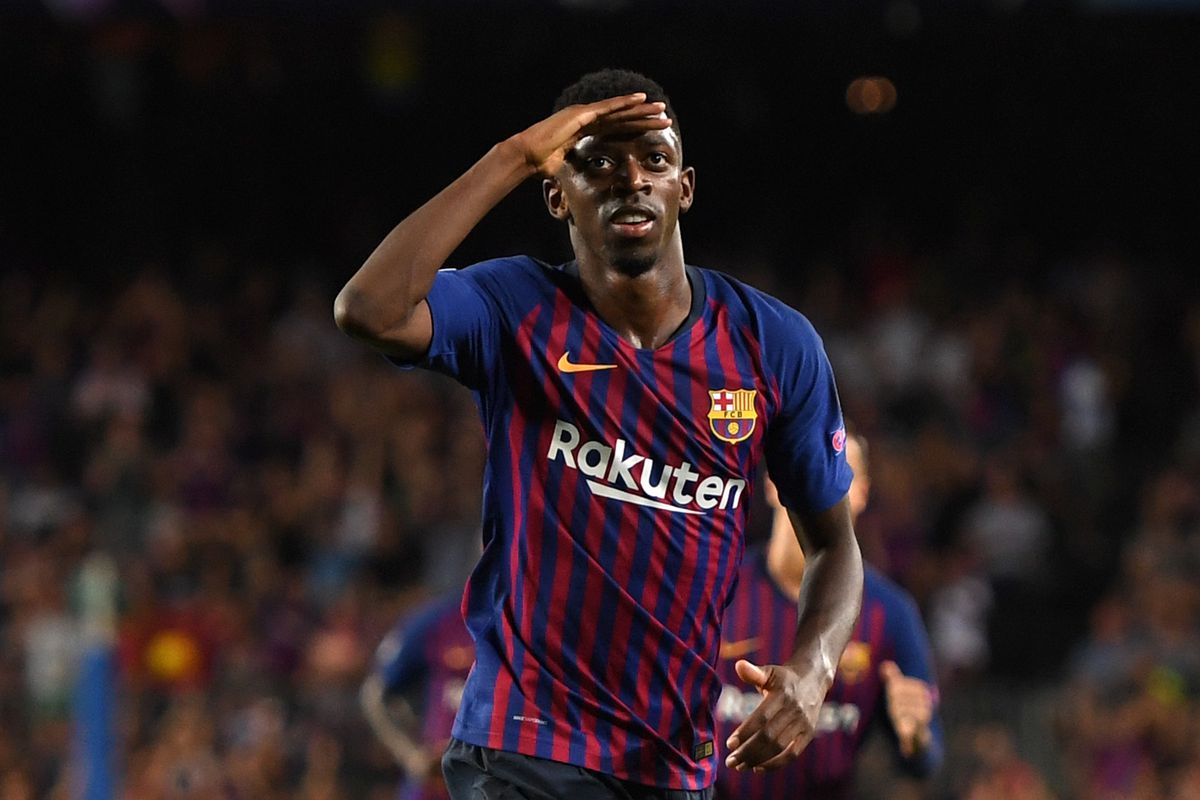 Arsenal have raised the possibility of including Barcelona star Ousmane Dembele in a deal to take Pierre-Emerick Aubameyang to the Nou Camp, according to Mundo Deportivo.

Aubameyang, who was heavily linked with Barcelona in January, is entering the final year of his contract this summer and it looks increasingly likely that the Gunners will be forced to cash in.

According to the report, however, rather than settle for a cut-price deal, the Gunners will try to get a player in return and Dembele, who has struggled with injury over the past two seasons, is a player they have been eyeing in the past few years.

He is not the only player Arsenal are eyeing at Barcelona, they have been linked with a move for former Liverpool star Philippe Coutinho in recent days, with some reports even suggesting talks have already begun.

The Brazilian looks likely to leave Barcelona when he returns from his loan spell with Bayern Munich at the end of the season, though it remains to be seen whether the Gunners would be able to finance a permanent deal.

But it’s not only Arsenal fans who might despair if a lack of funds cost Mikel Arteta the chance to sign the 28-year-old this summer.

A year ago, it was Coutinho’s agent, Kia Joorabchian, who was urging owner Stan Kroenke to make more money available for then manager Unai Emery to bolster his squad.

“I feel for the guys that have just come in – Raul [Sanllehi – head of football] and Edu and [former manager] Unai Emery,” he told talkSPORT last summer.

“I feel for them because we have finally got incredibly knowledgeable footballing people there.

“Raul came in from Barcelona, Edu came from the Brazil national team and is an legend at Arsenal, and Emery is a fantastic coach who has coached at Sevilla and PSG.

READ: Coutinho goes under the knife for ankle injury

“Finally Arsenal have people who really understand football and are footballing people in the back room staff, but the question is whether or not the finances will be made available.”

Meanwhile, Arsenal are said to be ‘confident’ of landing Ryan Fraser from Bournemouth this summer, according to The Mail.

Fraser looks set to leave Bournemouth on a free transfer after failing to agree on fresh terms.

The Gunners are in pole position to get their man, with Tottenham and Crystal Palace also linked with the Cherries star.

One other area the Gunners are looking to revamp is their defence and they are ready to listen to offers for defensive trio of Rob Holding, Sokratis and Shkodran Mustafi this summer.

That’s according to The Athletic’s David Ornstein, who says MIkel Arteta is looking to freshen up his defence this summer.

The Gunners will finally welcome William Saliba this summer, while Dayot Upamecano, Samuel Umtiti and Jerome Boateng are among those to have been linked.

Arteta will try to raise funds for his back line by offloading the dead wood.