Arsenal have moved top of the Premier League table after sweeping away Bournemouth with a comprehensive 3-0 victory at the Vitality Stadium. Captain Martin Oedegaard… 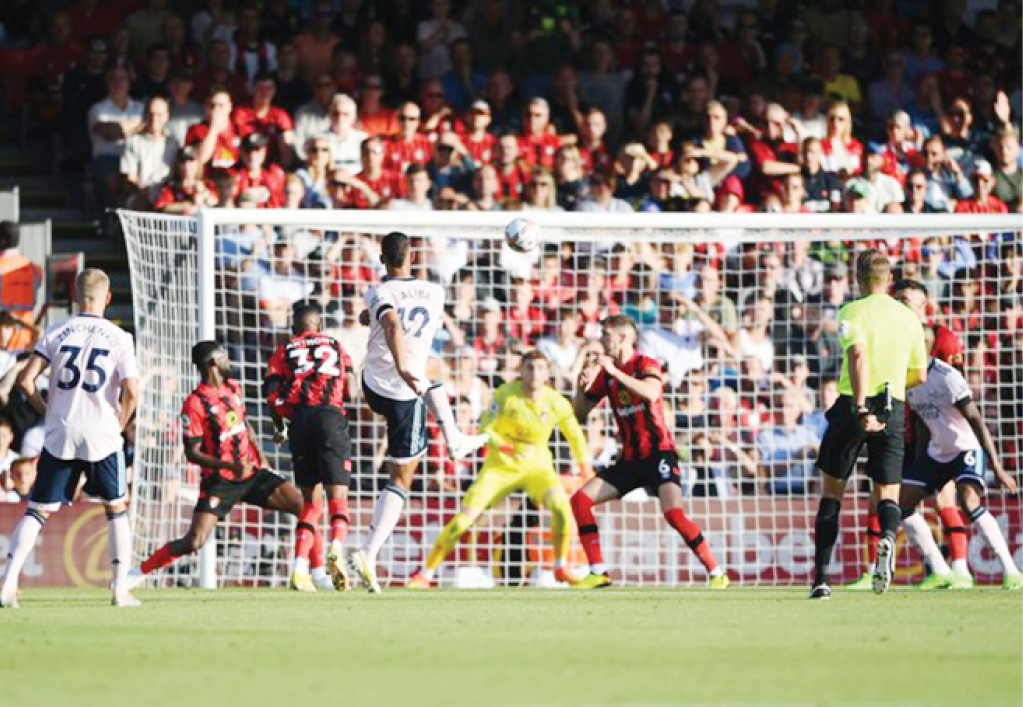 Arsenal have moved top of the Premier League table after sweeping away Bournemouth with a comprehensive 3-0 victory at the Vitality Stadium.

Captain Martin Oedegaard gave the Gunners a perfect start with a sublime goal in the fifth minute before scoring his second of the night six minutes later.

At the restart of the second half, William Saliba scored his first premier league goal in the 54th minute to give Mikel Arteta’s side the maximum points.

In the same vein, Harry Kane scored his 250th goal in all competition for Tottenham as he set a Premier League record for the most goals with a single club in yesterday’s 1-0 win against Wolves.

Kane’s 185th top-flight goal for Tottenham took him above Argentina striker Sergio Aguero’s total of 184 during his time at Manchester City.

In other games, Fulham sealed their first victory of the Premier League campaign by beating Brentford 3-2 thanks to a late Aleksandar Mitrovic winner, after Bobby De Cordova-Reid scored the fastest goal of the season and Joao Palhinha produced a bullet header.

At Goodison Park, Winger Demarai Gray fired a late equaliser to give Everton a 1-1 draw with Nottingham Forest as they picked up their first point of the new Premier League season following a rocky start.

At Selhurst Park, two goals from Wilfried Zaha and a late strike by Jean-Philippe Mateta helped Crystal Palace come from behind and defeat Aston Villa 3-1 for their first win of the Premier League season.

At the King Power Stadium, Southampton forward Che Adams scored twice after coming off the bench as the south-coast club came from behind to beat unsettled Leicester City 2-1.

Meanwhile, Manchester United who are currently bottom of the Premier League table, having lost their opening two matches to Brighton & Hove Albion and Brentford will today welcome bitter rivals, Liverpool to the Old Trafford.

Last season’s runners-up Liverpool who are 12th, having drawn their first two games of the campaign against Fulham and Crystal Palace will look to kickstart their season against the Red Devils.