Arsenal’s Europa League game with PSV Eindhoven originally scheduled for this week will be played on October 20, UEFA announced on Wednesday The group stage… 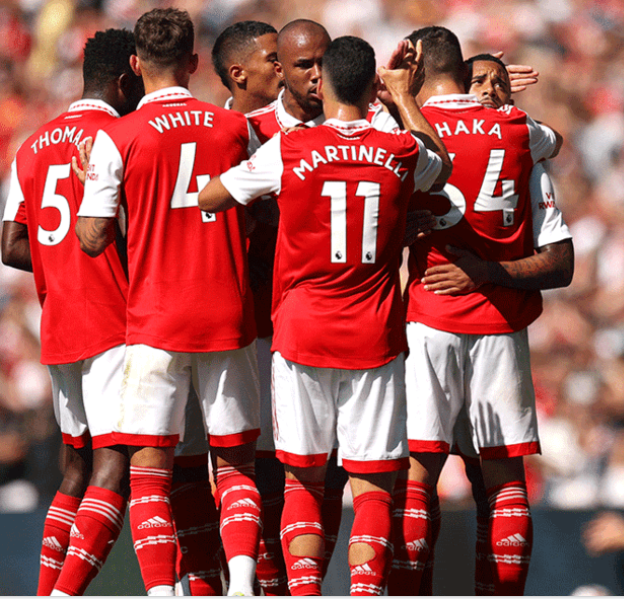 FILE PHOTO: Arsenal players celebrate one of their goals against Leicester City

Arsenal’s Europa League game with PSV Eindhoven originally scheduled for this week will be played on October 20, UEFA announced on Wednesday

The group stage fixture has been moved from Thursday due to a lack of police resources in the wake of Queen Elizabeth II’s death last week.

A huge police operation is required in London this week with the queen to lie in state between Wednesday and her funeral on Monday, September 19.

“The rescheduling of this match was possible after the decision of the Premier League to postpone the domestic match between Arsenal FC and Manchester City FC originally due to be played on 19 October,” said the European football’s governing body.

“UEFA would like to thank the Premier League and the clubs concerned for their flexibility and cooperation in the rescheduling of the UEFA Europa League match which had been postponed due to the impossibility for local police forces to guarantee its secure staging,” it added.