Arsenal head into the World Cup break five points clear at the top of the Premier League after they beat Wolves 2-0 on Saturday. Manchester… 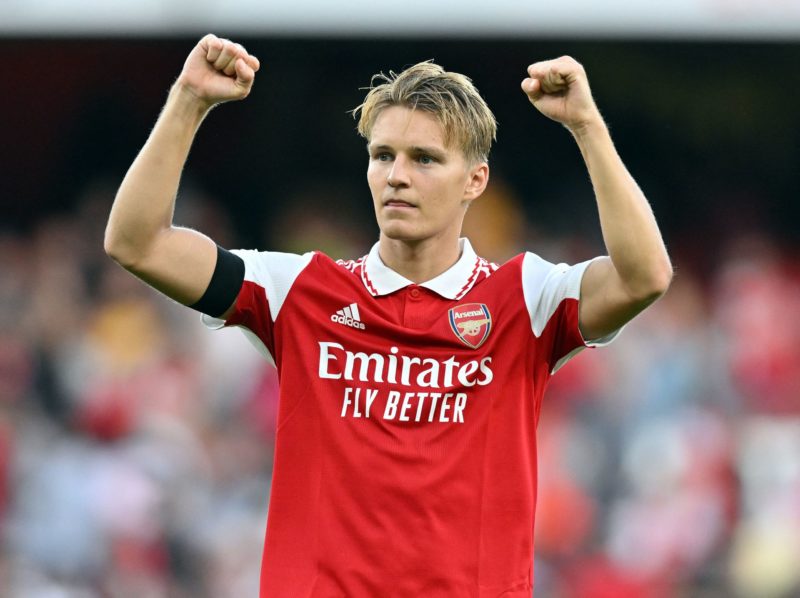 Arsenal head into the World Cup break five points clear at the top of the Premier League after they beat Wolves 2-0 on Saturday.

Manchester City had suffered a shock 2-1 home defeat to Brentford in the early kick-off.

Newcastle remain in third after inflicting Chelsea’s third consecutive league defeat 1-0 at St. James’ Park, while Tottenham scored twice in the final 10 minutes to win a 4-3 thriller against Leeds.

City had not lost at the Etihad since February but were stunned by Ivan Toney’s response to being left out of England’s World Cup squad.

Arsenal took full advantage to set up an intriguing title battle when the Premier League returns from a six-week hiatus on Boxing Day.

Martin Odegaard led by example for the Gunners as the Norwegian fired home twice from close range in the second half.

New Wolves boss Julen Lopetegui was in the crowd before officially taking charge on Monday and has work to do in the second half of the season with the Wanderers now bottom of the table.