Arms control: The right thing in the wrong way? 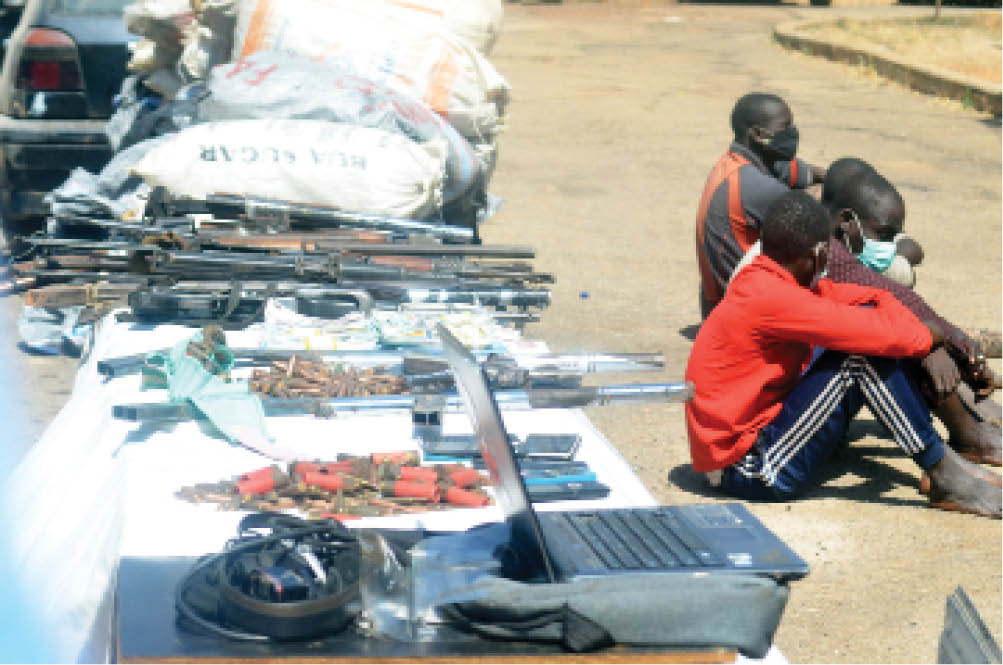 The National Centre for the Control of Small Arms and Light Weapons (NCCSALW) has been established in the Office of the National Security Adviser (NSA) to replace the Presidential Committee on Small Arms and Light Weapons. Undoubtedly checking the proliferation of light weapons has proven to be an insurmountable challenge for the federal government, and there needs to be a new approach. Nonetheless there is apprehension that NCCSALW is yet another example of government trying to do the right thing in the wrong way.

The centre, along with other agencies domiciled in the Office of the NSA, has been criticised as the latest dissipation of the Nigeria Police Force (NPF) in the nation’s law enforcement architecture. Control of weapons is a police duty, and at a time when Nigeria is on the verge of economic ruination and the need to reduce the cost of governance is paramount, it defies logic to farm out another statutory role of the police.

Over the years, it appears as if successive governments have given up on the idea of effective law enforcement by thorough re-organisation, funding and repositioning of the police. Instead they have developed a penchant for farming out law enforcement to newly created agencies most of which evolve into a drain on the nation’s finances without recording any meaningful impact on law enforcement.

The Federal Road Safety Corps (FRSC) took over traffic policing. Even as its top brass happily decorate themselves with rank insignia, there is ample evidence of increasing number of fatal accidents on highways, people who do not know how to drive possessing driving licence and un-road-worthy vehicles plying the roads freely. The Economic and Financial Crimes Commission (EFCC) took over police duty of investigating and prosecuting fraud. Recent revelations indicate that the commission has little impact on discouraging the ongoing high level corruption and economic crimes destroying the economy. The National Drug Law Enforcement Agency (NDLEA) is another agency with magnificent architectural structures nationwide built at a great cost simply to farm out a routine police function. All statistics and reports indicate that Nigeria has evolved into a major drugs trans-shipment centre, and that every type of choice drug is available to those who can afford them.

The Counter Terrorism Centre (CTC) established to provide “leadership, coordination and strategic guidance to security, law enforcement and intelligence agencies” also duplicates a police duty. The unchecked infiltration into the nation by terrorist groups, coupled with heightening levels of insecurity, are ample evidence that CTC has not been able to impact positively on reducing terrorism. As for the Department of State Security (DSS), nobody actually knows their function, and the less said about them the better. With respect to NCCSALW it has been suggested that there would be no need for “coordination of effort” if the FRSC, EFCC, NDLEA, CTC, DSS and NCCSALW were departments of the police headed by Deputy Inspectors General (DIGs).  Unquestionably, the reputation and effectiveness of the police is at its lowest ebb, and the issue of controlling arms is crucial, but there is no logic in setting up alternative structures to control what is already illegal.

Single and double barreled shotguns for which the police issue licenses are not the weapons of choice among those responsible for the  burgeoning insecurity. There is scant evidence that they are being used to carry out large scale atrocities. Small arms, also known as side arms (pistols and handguns) are only legally carried by security agents, military officers and those who warrant “special licenses”.

Again, there are few, if any, reports of small arms being used in major crimes. The real problem lies with the proliferation of unauthorised “light weapons” which include military grade AK-47 and other machine guns. It has been reported that there are over four million of such weapons in the country and the majority are used for criminal activities.

These weapons are not manufactured locally, and blame for their proliferation must be placed squarely at the door of the Nigeria Customs Service (NCS) which appears to be far more adept at seizing bags of rice than curbing the influx of lethal drugs and illegal firearms. The situation has deteriorated to the extent that government appears powerless to protect citizens against increasingly frequent slaughter by bandits, insurgents, highway robbers, and kidnappers bearing illegal military grade weapons.

Armed criminality has become so rampant that some state governors now encourage citizens to arm themselves by any means. Although every Nigerian has an inalienable right to self-defence, it goes without saying that the very idea of empowering all Nigerians to bear licensed firearms should be discarded. The atrocious number of armed robberies, hideous murders and mass shootings in the USA where the right to bear firearms is upheld highlights the dangers such thinking facilitates.

Any realistic solution to containing the proliferation of military grade assault rifles and other weapons must take into account the Nigerian experience in which illegal firearms carriers are either paid off arrested or killed, but do not voluntarily relinquish their weapons. Law abiding Nigerians are justifiably angered at pictures of government officials negotiating with “bandits” openly carrying illegal AK-47 rifles, or stories of communities having to pay armed criminals to save their livelihoods.

Any genuine attempt to curb the proliferation of arms must start with the arrest and prosecution of all those found in possession of assault rifles. This is the work of the police. As for NCCSALW, there is much about the centre which could do with further clarification.  Why does any institution which calls itself a “centre” require regional offices? What staff, infrastructure and logistics will be required? Will staff remuneration compare favourably to those of the police, customs and DSS? Will the centre require armed operatives with powers of arrest and military style ranks? Will the issuance of firearms licenses be taken over from the police?

Spokespersons for the Office of the NSA declared that the NCCSALW is expected to “address emerging threats and strengthen the mechanism for control and prevention and regulation of small arms and light weapons.” This is tacit admission that the police, customs and other intelligence agencies are not up to the job.

NCCSALW is a fait-accompli which will serve whatever purposes it deems fit.

However, in pursuit of meaningful and measurable impact upon the proliferation of firearms, the nation would be better served by upgrading the human and technical capacities of the police, customs and intelligence agencies rather than continuously approving new agencies or altering the nomenclature of ineffective ones.