The office of the National Security Adviser (NSA), through the National Centre for the Control of Small Arms and Light Weapons (NCCSALW), has disclosed plans… 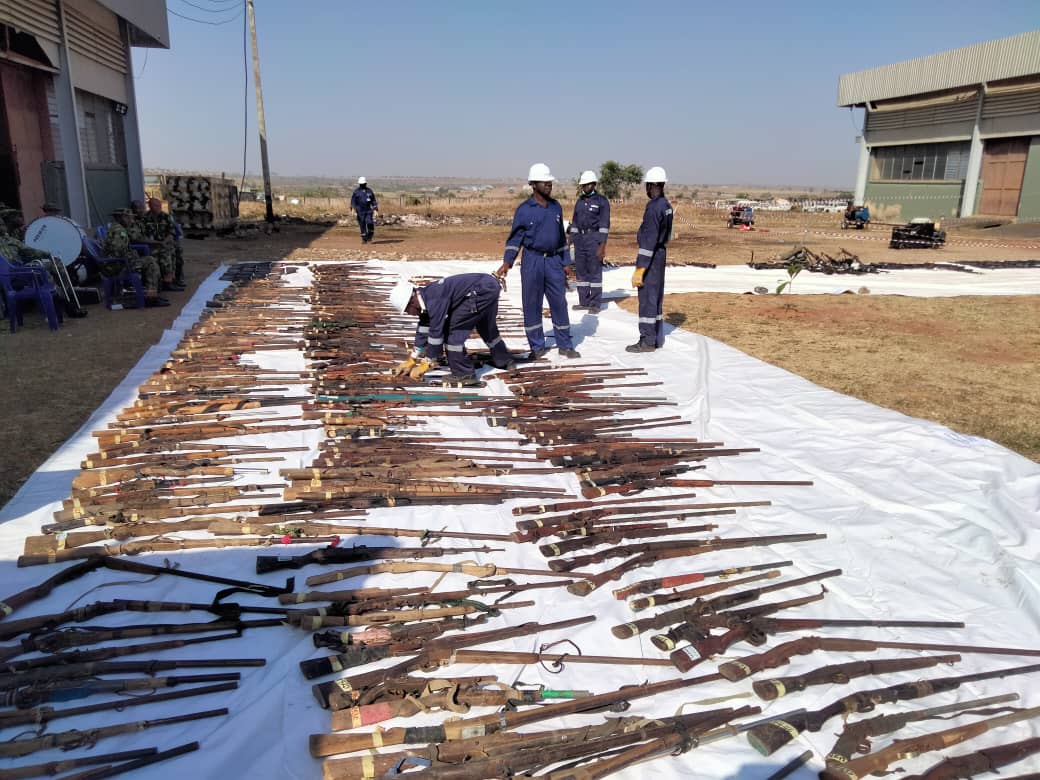 The office of the National Security Adviser (NSA), through the National Centre for the Control of Small Arms and Light Weapons (NCCSALW), has disclosed plans to destroy the over 3,000 illicit small arms and light weapons as well as other associated materials mopped-up across the country.

Daily Trust gathered that the seizures were made mainly through the various theatres of operation in the North-West, South-South, South-East and North-Central regions of the country within the past 18 months.

Addressing journalists ahead of the destruction exercise in Kaduna on Thursday, the National Coordinator, NCCSALW, Major General Abba Muhammed Dikko (rtd), explained that the arms were handed over to the centre from security agencies in various theatres of operation.

He said this is in furtherance of President Muhammadu Buhari’s directive to tame the insecurity in the country.

He said, “The seizures were made from the various theatres of operation and voluntary surrendering by non-state actors. We will continue to destroy them. We have had collections from the North-West, South-South, North Central and South-East.

“In terms of categorisation, small arms are categorised by the ammunition they can fire – from 9 mm to 100 mm in calibre. The key thing is for us to be able to mop up those weapons that are capable of destruction from non-state actors.

“We have the AK-47, AK-49, AA guns and even dane guns among those (seized) and we are going to destroy them today as we try to remove not only the weapons but also the ammunition from non-state actors.”

He added, “We do not go to pick these illicit arms from criminals; that is the responsibility of the security agencies. We collect what had been recovered, some of them were actually seized while some were voluntarily surrendered because there is still ongoing voluntary submission which we have been following.

“I have not mentioned North East because there is ongoing mass surrender of weapons and the Borno State government is also working in that direction.”

He stressed that security challenges had become precarious due to the availability of unlicenced Illicit weapons in the hands of people saying, “The commission is saddled with the responsibility of regulating the acquisition and use of light weapons in the country.”