There’s a story not often told, about the Armed Forces Special Force (AFSF), an elite group of warriors whose operations are mostly shrouded in mystery.… 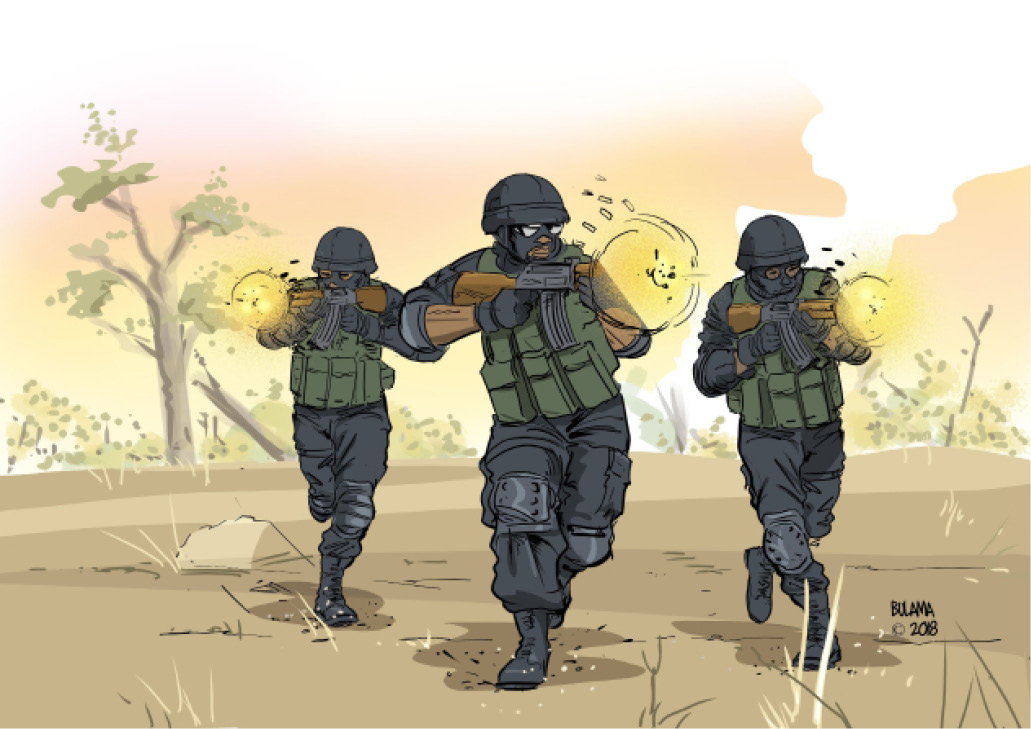 There’s a story not often told, about the Armed Forces Special Force (AFSF), an elite group of warriors whose operations are mostly shrouded in mystery. Raised in 2014, they have been silently but effectively providing support to troops in the theatre of war in the North-East. But who, really, are they? What makes them so effective? Daily Trust Saturday takes a look.

Last month, during the visit of President Muhammadu Buhari to Maiduguri for the 2018 Chief of Army Staff (COAS) Conference, the president declared, in strong terms, that the war against Boko Haram must be won. Later, the COAS, Lt. Gen. Tukur Buratai addressed the Armed Forces Special Force (AFSF), and charged them to show that they are better-trained in tactics than the insurgents, by making a positive impact in the ongoing counter-insurgency operations in the North-East.

Rewind to the past, specifically to 2014. As terror group Boko Haram grew more brazen, in the North-East particularly, the Nigerian government proceeded to create a Special Forces unit, a team of elite military personnel comprising members of the Nigerian Army, Navy and Air Force. The unit’s troops were  trained in Nigerian Special Forces Training Institutions and also underwent CT/COIN training in an Eastern European country adept at countering terrorist groups. In 2017, 26 officers and 440 soldiers of the unit also underwent training in Pakistan, under the Special Services Group (SSG), the Pakistani Army’s SSG, famous in the international military community for their successful CT/COIN operations in Afghanistan and the northwest regions of Pakistan.

Over there, the AFSF troops trained at Tarbella, home of the SSG’s elite counterterrorist unit, the Zararr Battalion, and after months of intensive counterterrorist commando training the AFSF once again returned to the theatre of operations in north-eastern Nigeria.

What makes the Special Forces unit such an effective one? A military insider disclosed that some of the reasons are intense martial arts and survival training, sophisticated weapons, and a wide array of tech at their disposal.

The AFSF, now with a reputation for being a scourge of Boko Haram, participated  in the recapture of  Bama, Baga, Damboa, Marte, Kangarwa and more. A military source told Daily Trust Saturday that the AFSF commandos are “always leading the way”. In one operation, the source said, their vehicle hit an Improvised Explosive Device and was disabled, but the occupants simply jumped onto new vehicles and completed their mission.

Speaking of reputation, the AFSF’s is such that captured insurgents have revealed that Boko Haram commanders often issue warnings to their fighters to avoid run-ins with the unit’s commandos. A Defence source disclosed that it may be connected to the doggedness of the troops in engaging, pursuing, even hunting the insurgents.

It’s tricky to report Special Forces operations, owing to a tradition worldwide which sees such units’ activities cloaked in necessary secrecy. Some experts say it is that cloak of mystery, however, which makes them effective. A high-ranking officer had disclosed that no country discloses information about its Special Forces, Nigeria inclusive, but confirming that the nation does have such a unit fighting terrorists alongside their colleagues, “doing creditably well.”

However, a Nigerian Army source had told Daily Trust Saturday that while the activities of the AFSF in the North-East are encouraging, lessons should be learnt, especially in equipping officers and men fighting in the theatre of war in the North-East. “Training, equipping and maintaining military personnel is not cheap, but we should learn to maintain a good fighting force. We have gallant soldiers who require refresher trainings and sophisticated equipment, bringing them up to par with any army in the world,” the source said.

In an earlier story by Daily Trust Saturday, security insiders said that there has never been any doubt on the capabilities of Nigerian military personnel. “We all know the issues have to do with training and equipment,” one said, adding that the AFSF has proven once again that the Nigerian military is up to the task.

At the earlier-mentioned COAS Conference in Maiduguri, Lt. Gen. Buratai told the AFSF that they are selected specially and deployed to the North-East, after special training, and that is why they are called ‘Special Forces’. He added: “If there will be any challenge in terms of capacity, I believe you will fill that gap, and you have all it takes.”

What’s so special about Special Forces?

Special forces and special operations forces are military units trained to perform unconventional missions. Special Forces, as they would come to be recognised, emerged in the early 20th century, with a significant growth in the field during the Second World War. Depending on the country, a Special Forces unit may perform some of the following functions: airborne operations, counter-insurgency, counter-terrorism, covert ops, direct action, hostage rescue, high-value targets, intelligence operations, mobility operations, and unconventional warfare.

Special Forces have played an important role throughout the history of warfare, whenever the aim was to achieve disruption by “hit and run” and sabotage, rather than more traditional conventional combat. Other significant roles lay in reconnaissance, providing essential intelligence from near or among the enemy and increasingly in combating irregular forces, their infrastructure and activities.