Minister of Interior, Rauf Aregbesola, has queried an officer of the Nigeria Immigration Service (NIS) for extorting passport applicants at the Alausa Passport Office of… 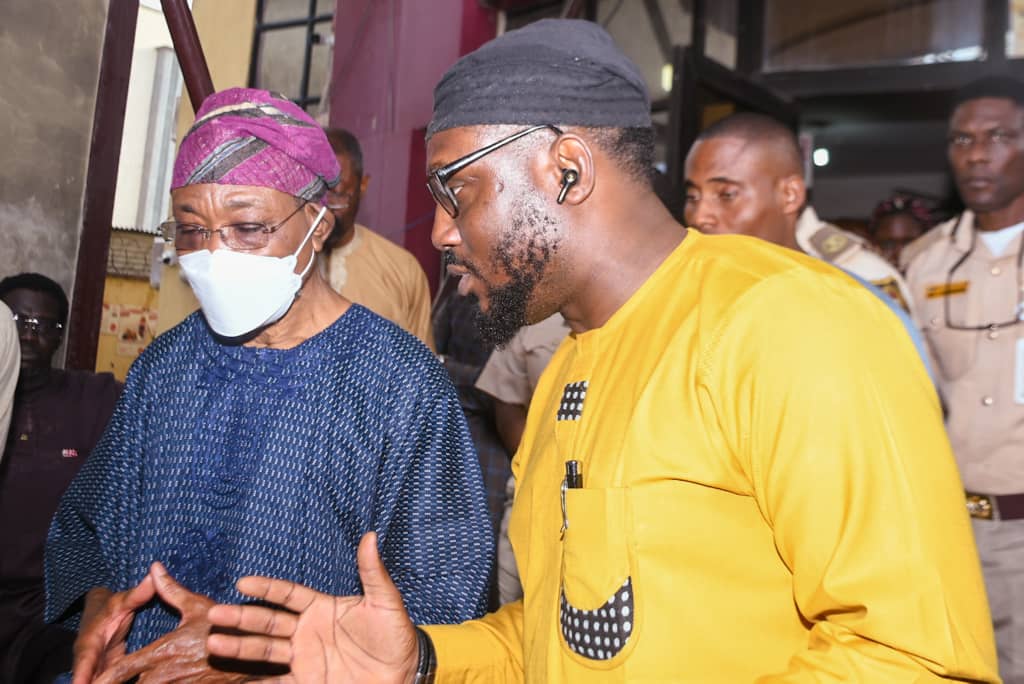 (L) Minister of Interior, Ogbeni Rauf Aregbesola at the Alausa Passport Office of the NIS on Wednesday

Minister of Interior, Rauf Aregbesola, has queried an officer of the Nigeria Immigration Service (NIS) for extorting passport applicants at the Alausa Passport Office of the NIS on Wednesday.

Aregbesola paid a surprise visit to the passport office and caught the officer (name not given) in the act, according to a statement by Sola Fasure, a media adviser to the Minister of Interior.

Whilst listening to feedback from applicants who were waiting for their data capturing, an applicant complained about the application process, which in his opinion is cumbersome.

“After I completed my application and chose today for my data capturing appointment, I printed every necessary document.

“However, on my arrival here, I was asked to start filling a manual form again, which I had filled online and printed already,” the applicant complained.

The Minister thereafter asked the Passport Control Officer at the station, Mrs B. L. Bukar, to explain the breach of due process, noting that such a request was strange.

According to the statement, the officer who allegedly sold the obnoxious form and made the request for the manual filling was identified and subsequently queried.

He told the officers on duty that they are servants of the people and this must be reflected in their attitude at work and the way they relate with passport applicants.

He warned them to avoid creating false gridlock that frustrates and exasperates the people.

Aregbesola advised Nigerians to follow due process in their passport application and shun patronizing touts who will end up disrupting the standardized procedure.

“I have said it for the umpteenth time that Nigerians must stop patronizing touts either in uniforms or in civilian clothing. The only way for you to apply for your passport is online.

“The attempt to get the passport on the go and boycott the standardised collection timeline of three weeks for reissue and six weeks for fresh application after capturing, which is the main reason why many patronize touts, will only end up in disappointment.

“Our appointment-based system for capturing applicants’ data and standardized passport collection procedure has made nonsense of promise by touts to deliver passports to applicants who patronize them. Patronizing them will only end in disappointment,” the Minister stated.