The Agro-Processing, Productivity Enhancement and Livelihood Improvement Support Project, (APPEALS) in collaboration with the Centre for Dryland Agriculture, Bayero University Kano has trained about 1400… 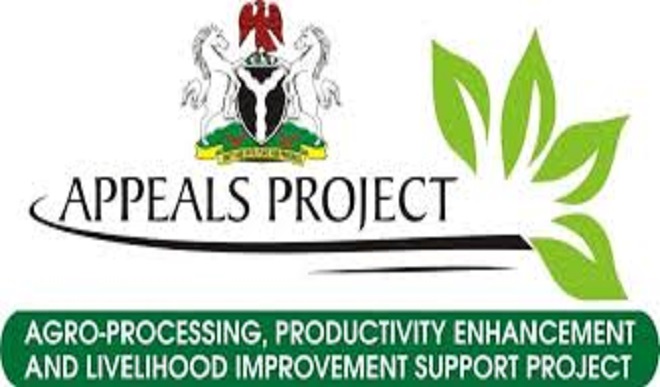 The Agro-Processing, Productivity Enhancement and Livelihood Improvement Support Project, (APPEALS) in collaboration with the Centre for Dryland Agriculture, Bayero University Kano has trained about 1400 entrepreneur across agricultural value chains.

Beneficiaries constituting women and youths drawn from Kaduna, Kano and Kogi states were trained in fisheries, poultry and rice farming for self-sufficiency and job creation.

The training was supported by the World Bank, federal government and the governments of the three states in order to drive home the federal government’s policy on food security, and to also reduce the rate of unemployment among women and youths.

The training held in two batches took about 50 percent of APPEALS beneficiaries in the country.

The first batch of the training took place in December last year with 558 participants from Kano and Kogi state respectively.

The last batch of the training was conducted in two weeks in which participants from Kaduna, Kano and Kogi states were trained across the value chains in fisheries, Poultry and rice farming.

Speaking during the graduation ceremony of 1345 beneficiaries drawn from the three states, the National Coordinator APPEALS project, Dr Amin Babandi commended the candidates for being resilient throughout the training session, urging them to utilize the knowledge they acquired to build themselves and to create jobs for others.

Represented by Dr Salisu Garba, the national coordinator described the capacity building training as the ‘flagship project’ of APPEALS, and encouraged the candidates to come up with business plans that are viable and can be funded by the World Bank.

He further encouraged them to work in clusters so as to be able to access other empowerment packages either in form of cash or material from either state or federal government.

Earlier in his opening address the Director, Centre for Dryland Agriculture (CDA) BUK Professor Jibril Muhammed Jibril disclosed that some of the participants if qualified would be given start off capital to set up their businesses.

He implored that if qualified for the grant they should use it for the purpose it was meant, saying it is given on trust and must be cherished and utilized wisely so that the entire society can benefit from it.

Similar, the Deputy Governor of Kano State, Dr Nasiru Yusuf Gawuna, who was represented by the his Senior Special Assistant on administration, Mustapha Yusuf Abubakar cautioned the beneficiaries to use their grants judiciously to sustain their businesses, adding that their businesses would be monitored and legal action be taken against anyone that is found wanting.