Located not too far away from the Abuja city centre, Apo-Dutse is yet far from the city in terms of amenities and development.  Road network… 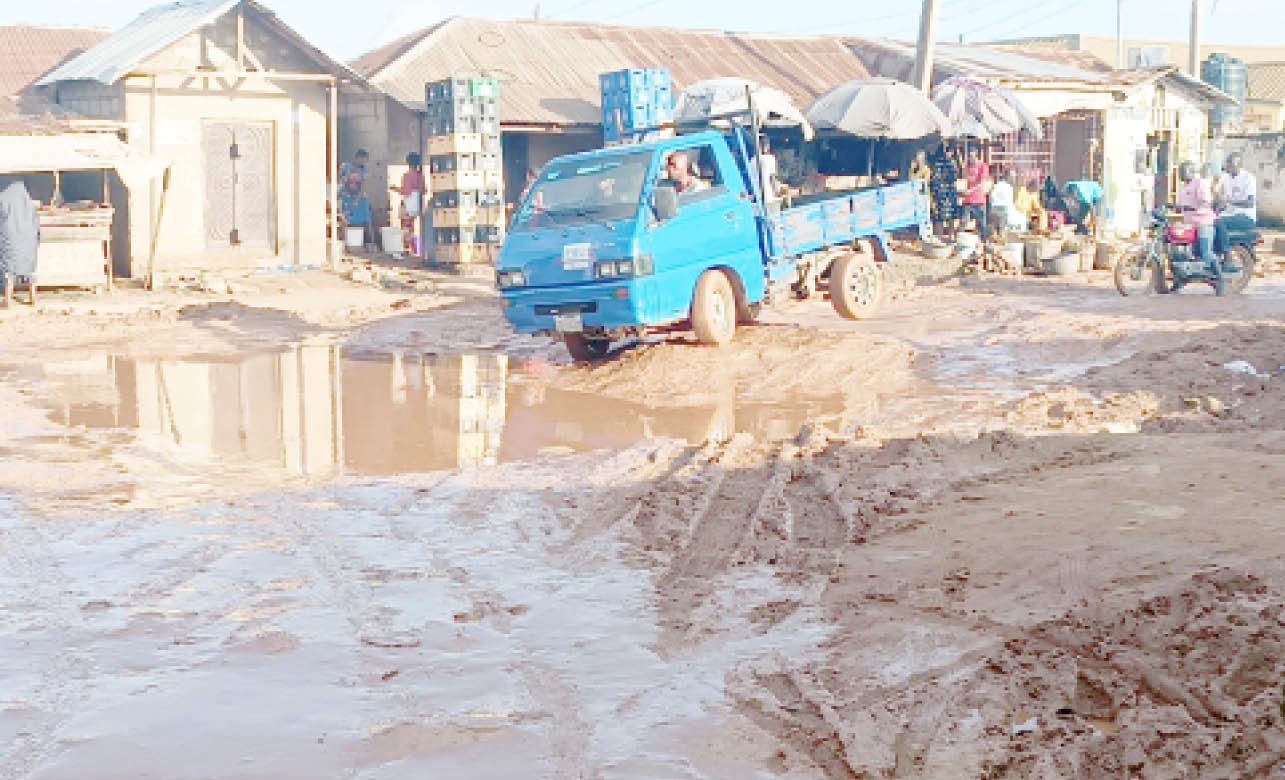 Located not too far away from the Abuja city centre, Apo-Dutse is yet far from the city in terms of amenities and development.

Road network is a crucial incontrovertible infrastructure for the socio-economic and agricultural development of a nation, providing unhindered access to places of opportunities and services.

In many of the developed countries, transportation plays a significant role in the ease of doing business and the government plays an integral role in the implementation and administration.

Analysts note that roads, being the primary mode of transportation, therefore, ought to be the most important of all public assets. However, some residents of Apo-Dutse have expressed concern over what they described as abandoned road projects across the area which has threatened the pace of its development. The settlement is a slum in Garki, Abuja Municipal Area Council of the Federal Capital Territory (FCT).

A recent trip by our correspondent to Apo-Dutse revealed that the roads, unlike those in the metropolis, had been completely abandoned.

Findings by Daily Trust on Sunday revealed that despite its closeness to the seat of power, people in Apo-Dutse live in squalor and dehumanising conditions due to lack of motorable road networks, a development that casts doubts on the role of government(s).

The road leading to Apo-Dutse from Sunnyvale Estate is well paved but the moment one leaves the high rise and luxury buildings behind, the road also ends as another stretch of dirt roads snaking around mud shanties begins.

Angry residents who ply these roads are more or less on their own as they continue to live with the sad experience of plying the bad roads, whose conditions are usually aggravated during the rainy season. Residents often struggle on the water-logged areas and roads that are not motorable.

During the dry season, residents of the area struggle with dusty roads which can lead to a major public health challenge, such as upper respiratory tract infection caused by exposure to dust.

Driving into this settlement, one is greeted with the stench of leaking sewage. Shanties built with corrugated iron sheets or mud serve as shops, restaurants, or homes.

The residents, who spoke with Daily Trust on Sunday, said the bad state of the roads had caused them untold hardship.

They explained that the roads were part of major routes that had been neglected by the Area Council.

According to them, lack of good roads is gradually crippling socio-commercial activities in the area.

They observe that the road network in the area has deteriorated in recent times due to alleged poor attention or negligence by those in government. Similar public outcry on dilapidated condition of roads, mostly in the slums, is being reported across the state, according to findings.

Investigations on the road contract have, however, shown that the project was abandoned a few months after it began in 2016.

According to Mrs Bibian Ukwueze, a resident who sells curtains, mattresses and pillows, the road network is a total disaster.

“It has been like this for many years. And the most painful part is that those at the helm of affairs are not moved by our plight.

“The road is so bad. It has been affecting almost everybody living here because passing through this road is very difficult, especially during the rainy season. It is seriously affecting our business,” Ukwueze said.

She appealed to the authorities to do something urgently to salvage the situation.

“I’m appealing to the government to do something. They should come and see the road. It is a no-go area. Even the vehicles that manage to pass do develop faults. Those involved should come and help us fix this road so that we that live here will be able to do business successfully,” she appealed.

Mrs. Uche Elizabeth, a resident who sells foodstuff, said the bad condition of the roads prevents customers from patronizing her, adding that, “They would rather sit on bikes and signal me to bring whatever they want to buy.”

“The roads are so bad that when I was pregnant, I found it very difficult to board vehicles from my residence to the hospital for antenatal check-ups.”

She appealed to the authorities of the area council to work on the roads to make life easier for them.

A shop owner, Abdullahi Tunde, corroborated the others.

The 52-year-old Oyo State indigene stated, “The roads in Apo-Dutse are an eyesore and for years, we have been going through hell. The government is behaving as if it is not aware that this place is very close to the city centre.

“Customers are always worried about how to convey whatever they buy to their houses and this affects our business badly because most of them end up not patronizing us.

“When I go to the market to restock, the cab drivers always charge extra because of this road.”

A small business owner, Yetunde Ogundele, lamented low patronage, saying that the road was making it impossible for him to meet set targets.

Ogundele, who spoke in Yoruba said, “We are tired of these roads, especially during the rainy season. I don’t meet my daily target. Being a widow, I find it difficult to feed my children because of low sales.”

A motorist in the area, Mr. Sale Abdul, while lamenting the condition of roads pleaded with the area council to, as a matter of urgency, fix them.

“Several times, I have witnessed people fall into the water because of bad roads, often worsened by erosion. We really need the attention of the government in this community,” he said.

These periods are supposed to be our peak periods, but the gridlock is seriously affecting our income.

Another car owner and resident, who only gave out his first name as Michael, said, “We want the government to intervene; we can’t continue like this. Since the beginning of the rainy season, plying the road has become a huge problem and in the dry season it is a bit better, even though the dust is so much.

“Now, any little rainfall and the potholes will become bigger to the point that some of them will turn into ditches. Vehicles get stuck here every day, bikes keep falling down with their passengers too, we can’t continue like this.”

Idris, a delivery man, was not left out of this ordeal. He told our reporter that, “I wash my bike and dress whenever I ply this road especially during the rainy season because it soils the tip of my clothes if it is a long outfit.”