The ruling All Progressives Congress (APC) yesterday held its ward congresses across the country, amidst rancour, protests and parallel exercises by factions within the party… 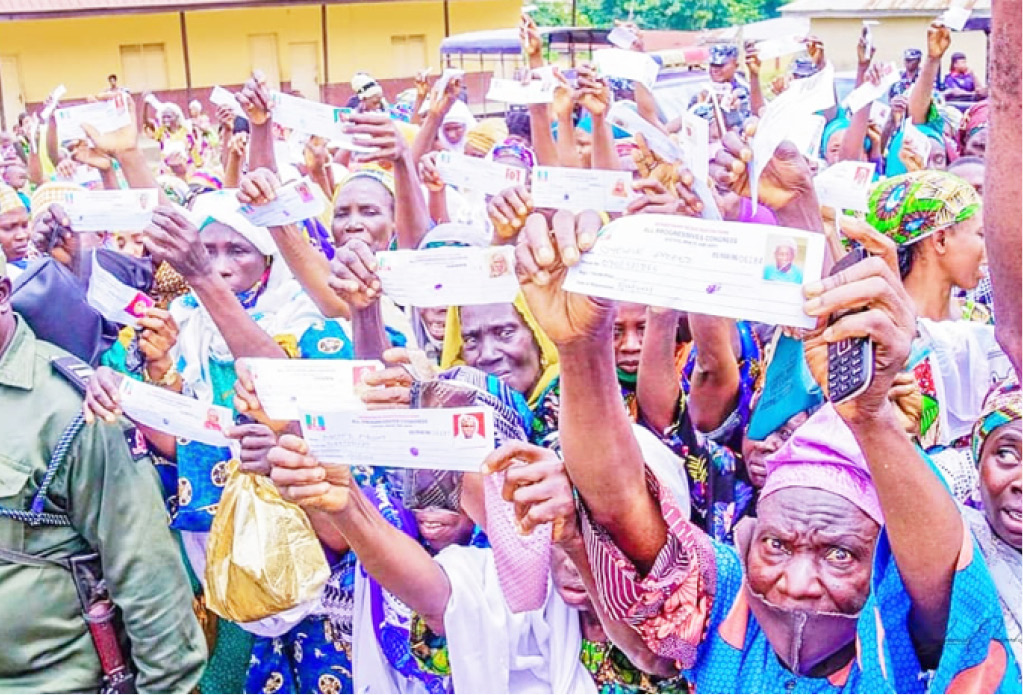 The ruling All Progressives Congress (APC) yesterday held its ward congresses across the country, amidst rancour, protests and parallel exercises by factions within the party in some of the states.

In some of the states, there were clashes among party supporters, leaving one person feared dead while others were injured.

Our correspondents, however, report that the exercise was largely peaceful in most of the states, notwithstanding the disagreements among the various factions.

In Ekiti, one person was feared killed and others injured when violence broke out among supporters during yesterday’s ward congress.

Information gathered revealed that the deceased, who was simply identified as Jide, was stabbed to death after violence erupted in Ado ward 10 after the congress was said to have been concluded.

A source who was at the venue of the ward 10 congress, which took place at the pavilion close to the popular Fajuyi, said, “After the congress was concluded, the boys, who were on drugs, had disagreement among themselves, and before you knew what happened, it became a free-for-all fight.

“Jide was stabbed and rushed to the general hospital, where he was confirmed dead. This is unfortunate and uncalled for because it was a mere ward congress,” he said.

It was also gathered that in Ado-Ekiti ward 8, thugs disrupted the process. Many people were injured and are receiving medical attention in some private hospitals in the state capital.

Also, in Ado-Ekiti in wards 4 and 8, some thugs went on rampage to disrupt the voting process.

Speaking on the congress, the state chairman of SWAGA, Senator Anthony  Adeniyi, condemned  the widespread violence, which marred the process, saying there was no congress in the state.

In Akwa Ibom, some youths protested over the delegates’ lists used for the exercise, alleging that they were manipulated to favour some people.

Speaking to newsmen at the party’s secretariat, the youth leader of the party, Mr Israel Thompson, alleged that major stakeholders of the party were sidelined.

In his reaction, the state publicity secretary of the party, Mr Nkereuwem Enyongkere, said those who staged the protest at the party secretariat were sponsored by opposition parties in the state, adding that nobody was expected to be at the secretariat but ward centres.

The APC in Rivers State held its ward congresses in all the 23 local government areas, but as Senator Magnus Abe and his supporters boycotted the exercise.

Our reporter learnt that the congress was peaceful across the state.

In Gombe, there was no presence of party officials at the ward congress scheduled for yesterday.

The state chapter of the party had, during a meeting with stakeholders, agreed that executive members in the state would emerge through consensus.

Our correspondent who visited some wards in Gombe, Akko and Yamaltu/Deba local government areas reports that no party executive or member at the respective wards was seen.

An official of the APC said the results being collated, which were based on consensus agreement, would be announced later.

In the southern part of Kaduna State, the ward executives emerged through consensus, amidst disagreement from party members.

A chieftain of the party from Kafanchan ward B, Alhaji Yusuf Tanko, told newsmen that they were not aware of any consensus arrangement.

Boycott in Delta as members allege hijack of process

Some stakeholders of the APC in the Delta North senatorial district yesterday boycotted the party’s ward congress, describing it as sinking sand.

In a statement signed by the chairman and secretary in the zone, Ogbueshi Ben Onwuka and Apostle V.E.O. Sorokwu, alleged that the exercise was  hijacked.

In Kwara State, both the camp of Governor AbdulRahman AbdulRazaq and the Minister of Information, Alhaji Lai Mohammed held their congresses amidst large turnout of members.

There was heavy presence of security presence and the exercise was largely peaceful.

Representatives of the national caretaker committee, among other party officials loyal to the Abdullahi Samari-led group, also witnessed the exercise in some of the centres.

In Kogi State, the exercise was conducted across the 239 wards of the state without rancour.

Governor Yahaya Bello commended members of the party for a peaceful and orderly ward congress.

Bello disclosed that party membership in the state had increased significantly after the 2019 governorship election, adding that the people believe in the APC-led administration in the state

In Bauchi, there was mixed reaction among stakeholders over the adoption of a consensus mode as some members opposed the decision.

In Katsina, the congress was largely through consensus throughout the state. However, in Batsari Local Government Area, the story was different as some of the ward chairmen who were replaced with others kicked against the method, saying it was gross injustice.

Parallel congresses in Oyo as Ajimobi calls for calm

Our correspondent who went round venues of the exercise in the state reports that there were reports of parallel congresses in some parts of the state.

However, the spokesman of the party in the state, Dr Azeez Olatunde denied parallel congresses, saying, “It is not true. To the best of my knowledge, there was no parallel congress in Oyo.”

The Bayelsa and Imo chapters of the APC have postponed their ward congresses scheduled for yesterday following an injunction by the court.

The warring political camps of Governor Dapo Abiodun and his predecessor, Senator Ibikunle Amosun, within the Ogun State chapter of the party, yesterday stuck to their guns and conducted parallel ward congresses across the state.

A party member was reportedly injured when loyalists from both camps clashed at ward 11 in Abeokuta South Local Government Area.

Our correspondent who monitored the exercise in Abeokuta, the state capital, reports that party leaders from both camps stormed their wards with prepared list of executives and adopted them after a headcount of party members in attendance.

Lagos APC Democrats, a faction of the Lagos State chapter of the party, has said it held a parallel congress because majority of the members were opposed to the consensus arrangement adopted by the state caretaker committee.

The leader of the APC Democrats, Mr Fouad Oki, in a chat with Daily Trust on Sunday, insisted that consensus could not work in Lagos due to many unresolved issues in the party.

The Governor’s Advisory Council (GAC), the highest decision making organ of the Lagos APC under former Governor Asiwaju Bola Tinubu, had adopted consensus for the ward congress yesterday while the Oki group repudiated the option.

The Kano State governor, Abdullahi Umar Ganduje, has said the Supreme Court decision would not have a negative impact on the outcome of the ward congress of the ruling APC.

The governor said this yesterday at his Ganduje ward in Dawakin Tofa Local Government, where consensus candidates were affirmed, a situation he said played out across the 484 wards in the state despite grievances by some party members, including the lawmaker for the Kano Municipal federal constituency, Sha’aban Sharada.

Meanwhile, a stakeholder of the party and aspirant for the position of national chairman of the party, Ahmad Mansir Aliyu Matawalle, has faulted the conduct of the ward congress in Kano, saying due process was not followed.

The leader of the APC in Sokoto State, Senator Aliyu Magatakarda Wamakko, has explained that they adopted consensus at the ward levels in order to foster unity among their members.

Our correspondents report that delegates of the party in Borno, Osun, Ondo, Edo, Jigawa, Bauchi and Plateau states yesterday chose their ward executives by consensus.