APC, PDP raked in over N10bn from sale of nomination forms, others in 2 years

Over N10 billion was raked in by the two leading political parties in the country, All Progressives Congress (APC) and Peoples Democratic Party (PDP), from… 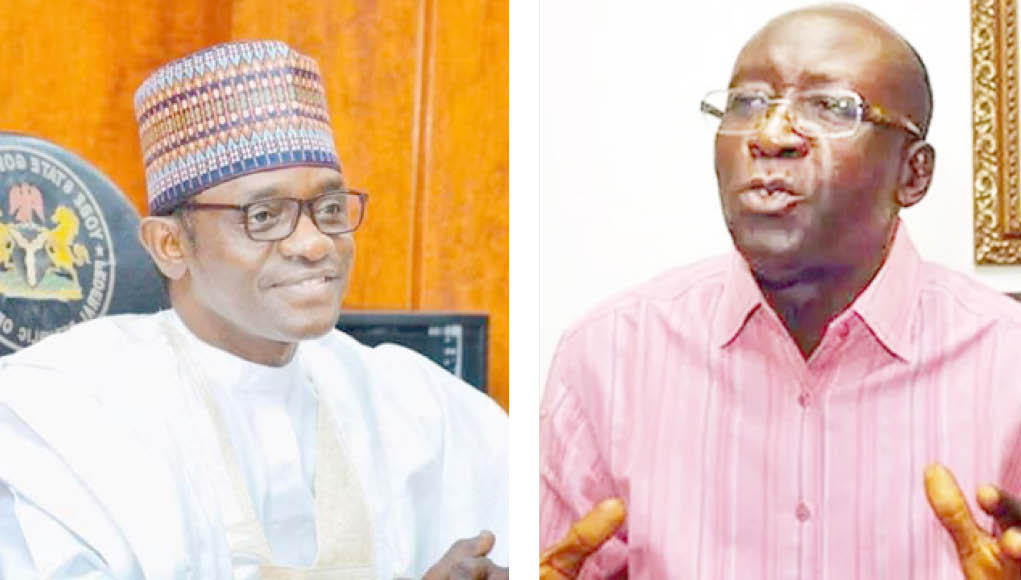 Over N10 billion was raked in by the two leading political parties in the country, All Progressives Congress (APC) and Peoples Democratic Party (PDP), from the sales of forms to aspirants, analysis by Daily Trust on Sunday has revealed.

Aside subscriptions by party chieftains, sales of nomination and expression of interest forms are the main sources of revenue for the country’s political parties. The parties are mandated to disclose what they realise from the sales to the Independent National Electoral Commission (INEC) when they submit their annual reports.

Checks by our correspondents showed that the ruling APC generated over N7bn before the 2019 general elections.

Our correspondent reports that the party’s internal revenue went up in 2019, sequel to the surge in the number of governorship, senatorial, House of Representatives and other aspirants who sought elective positions through it.

Public records and top party sources at the APC national secretariat in Abuja confirmed that the party generated over N7bn in 2019 alone.

The APC had pegged its expression of interest and nomination forms for presidential aspirants at N45m, N22.5m for governorship, N7m for senatorial and N3.85m for House of Representatives.

It, however, announced a 50 per cent discount for the physically challenged and female contenders.

The huge sums of money realised in 2019 by the party was sequel to the justification by the National Working Committee (NWC) that it needed to generate money to fund the party’s campaigns.

Findings revealed that the APC made N3.59bn from 160 governorship aspirants prior to the 2019 polls, N1.95bn from 282 candidates cleared to contest senatorial seats and at least N1.39bn from House of Representatives aspirants, while its sole presidential candidate, Muhammadu Buhari, obtained his forms for N45m.

The party had on September 27, 2018, released the list of all governorship aspirants who purchased forms to contest its tickets ahead of 2019.

The 160 names on the list included both those cleared for the primaries and those disqualified, including two serving ministers. At N22.5m each, the total amount made from the sales of the 160 forms stood at N3.6bn.

In 2020, the party also generated a huge sum from the sales of expression of interest and nomination forms ahead of the Edo and Ondo governorship elections, senatorial and House of Assembly by-elections.

The party had pegged N22.5m for expression of interest and nomination forms for Ondo and Edo governorship aspirants.

It generated N135m from six aspirants who got their forms to contest the Edo primaries. It equally generated N247.5m from sale of forms to 11 Ondo state governorship aspirants.

Similarly, ahead of the October 31, 2020, legislative by-elections into federal and state assemblies in eight states, 30 aspirants jostled for six senatorial seats of the APC at the party’s September 5, 2020 primary. 24 aspirants equally sprang up for the party’s tickets for six Houses of Assembly elections.

Daily Trust on Sunday further reports that the party raked in over N219.9m from the sales of forms for both senatorial and state constituency seats.

The party equally realised huge sums of money in 2021 from the sales of forms for the Anambra State governorship election and from other income sources.

With the expression of interest and nomination forms pegged at N22.5m for each aspirant, the party realised N315m from 14 aspirants. It also realised huge sums of money from the sales of forms for by-elections in 2021 across the country.

Contacted to speak on how the monies generated were spent, the APC Deputy National Publicity Secretary, Yekini Nabena, and Secretary of the party’s Caretaker/Extraordinary Convention Planning Committee, Senator John James Akpanudoedehe, neither picked their calls nor responded to SMS sent to their phones.

Others, according to him, are legal fees, logistics, campaigns, salaries, organisation of congresses, membership registration, revalidation exercises and general day-to-day running of the party.

A chieftain of the party and former presidential candidate, Chief Chekwas Okorie, however, advised that political parties must be publishing their accounts annually and abide by the laws.

Chief Okorie said, “That is the only way members of the party can be satisfied that huge amounts of money charged aspirants are being put to use.”

Like the ruling party, the leading opposition PDP generated money running into billions of naira before and after the 2019 general elections from the sales of nomination and expression of interest forms.

This is apart from the money generated from hundreds of aspirants who intended to become governors, state and federal legislators across the 36 states of the country, including the Federal Capital Territory (FCT).

Shortly after the 2019 general elections, the PDP increased the cost of its forms to N20m over what the party described as the rising cost of printing and logistics.

Governorship aspirants in Kogi and Bayelsa states had to pay more as male aspirants made the payment of non-refundable fee of N21m each, while female aspirants paid for only expression of interest form at N1m.

The PDP realised the sum of 253m from all the 13 Kogi aspirants while the sum of 421m was realised from the 21 Bayelsa aspirants.

When contacted to get information about the sources of funds for the leading opposition party, the immediate past National Publicity Secretary of the party, Kola Ologbondiyan, advised our reporter to check the party’s constitution.

According to Chapter 9 Section 51 (6) of the PDP Constitution, money generated from the sales of nomination forms shall form part of the party’s finances.

Other sources of funding according to the chapter include subscription fees and levies from membership of the party; proceeds from investments made by the party; subventions and donations; gifts and grants by individuals or groups as authorised by law; loans approved by the National Executive Committee; and such other monies as may be lawfully received by the party.

The party had equally raised millions of naira from the sales of nomination and expression of interest forms in Anambra and Ekiti states.

From its just concluded elective national convention, the PDP realised the sum of N63m from 33 aspirants that contested National Working Committee (NWC) offices of the party.

No transparency in management of party funds – Ex-PDP chair

A former National Chairman of the PDP, Dr Okwesileze Nwodo, raised alarm that the N11.8bn he handed over for the construction of the party secretariat was missing, saying there was no transparency in the management of party funds.

Delivering a paper on “Political Party Funding” at a recent event in Abuja, Dr Nwodo urged the country’s anti-corruption agencies to probe the party and prosecute anybody found wanting.

He said, “Accountability and transparency in the management of party funds, today, we seem to have lost it. I handed over N11bn in fixed deposit and N800m in current account when I left as national chairman after seven months. I don’t see what was done with that money. Millions were raised to finish our national headquarters; we don’t seem to have a trace of where all that money went. Our headquarters is yet to be completed.

“Today, we don’t even have a party account. We have to get back to strict monitoring of our party accounts. Our internal audit department needs to be strengthened and supported by the party leadership. Very strict sanctions must be imposed on mismanagement of party funds. I suggest that we invite EFCC to probe erring officers and members. This is the only way to create deterrence.”

A lecturer with the Department of Political Science, University of Jos, Dr Ezekiel Adeyi, viewed the development as unfortunate and capable of threatening Nigerian democracy.

Dr Adeyi said, “They see parties as another way of business for the actors. They sponsor candidates and do so many things on their own believing that it is not government money. But the truth is that most of them make money through government patronage even though it would not be publicly seen as government money.

On his part, Haruna Muhammed, a lecturer in the Department of Political Science, Bauchi State University, said he was not surprised that the money being generated were squandered by party officials. While calling for designing of a mechanism for proper monitoring of party funds, he said there was no effective machinery for the proper management of party funds.

Speaking on the development, the Executive Director, Resource Centre for Human Rights and Civic Education (CHRICED), Dr Ibrahim M. Zikirullahi, told Daily Trust on Sunday that the culture of mismanagement of funds and lack of accountability within political parties were huge sources of concern.

He said if political parties, which are the vehicles for getting access to political power, could not transparently and prudently manage funds they generated, they got into government and continued with lax and opaque financial management to the detriment of the public treasury.

“Also, pertinent to states that the practice of charging high fees for procurement of nomination forms is anti-democratic because it makes money the sole determinant of the emergence of candidates.

“This is why a few money bags and deep pockets easily take over party structures and run them without recourse to democratic tenets.

“We believe parties should be funded through contributions of all members, and funds so generated should be prudently and transparently utilised, otherwise we will have parties producing leaders with little or no respect for the public treasury.”

He said, “We can ensure that the parties’ resources are properly managed and the citizens can enjoy the dividends of democracy.

“So, political parties must ensure transparent, fair and open systems where money plays fewer roles and principle plays a better role, and I believe the political parties would act in such a way to chart progress for the nation.”

Meanwhile, the INEC Director of Voter Education and Publicity (VEP), Mr Victor Ayodele Aluko, said the commission, by the provision of the constitution, had been monitoring the political parties’ financing by auditing their accounts periodically and submitting the reports to the National Assembly.