Barring any setback, the flag bearers of the All Progressives Congress (APC) and that of the Peoples Democratic Party (PDP) for the 2023 general elections… 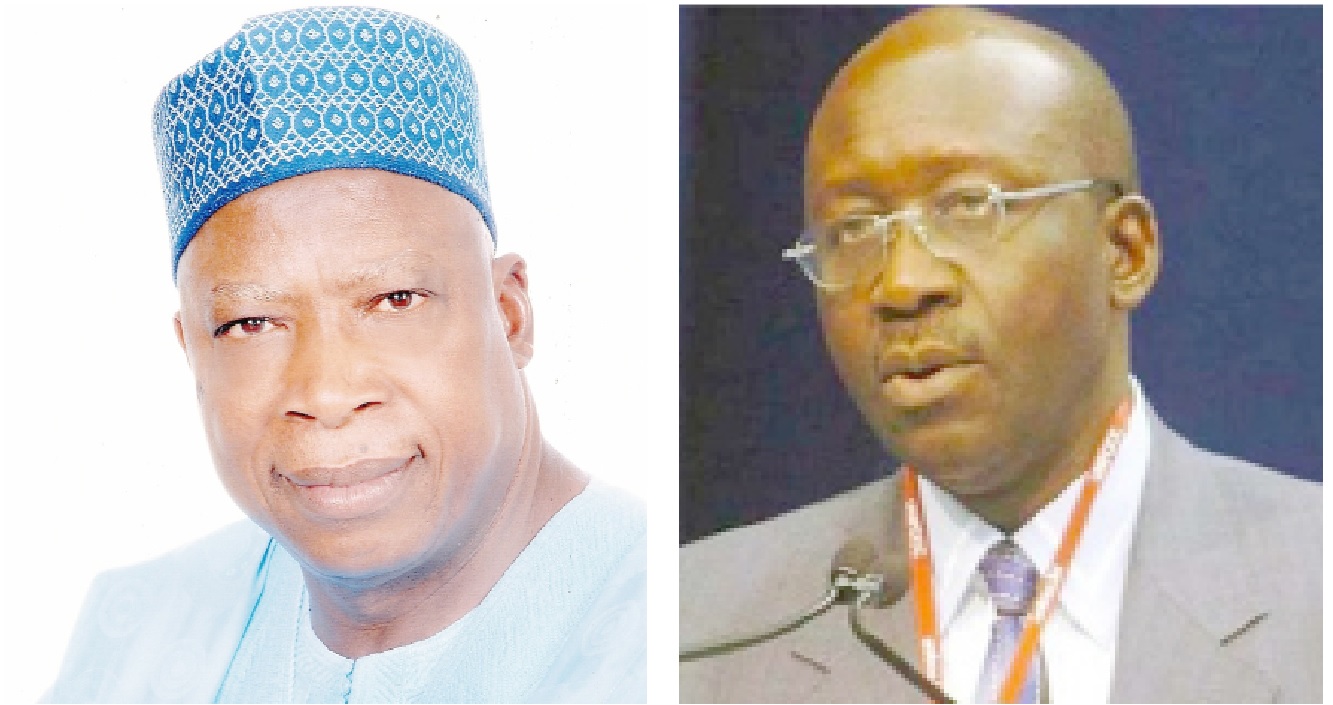 Barring any setback, the flag bearers of the All Progressives Congress (APC) and that of the Peoples Democratic Party (PDP) for the 2023 general elections are expected to emerge this week.

Mobilisation of delegates for the PDP presidential primary fixed for Saturday and Sunday, May 28 and 29 has commenced, while arrangements for that of the ruling party scheduled for Sunday and Monday, May 29 and 30 are in a final stage.

However, there is an aura of uncertainty as contenders from both the APC and PDP are caught up in the web of politics around the selection of their presidential candidates.

It was learnt that the plan by leaders of the two major political parties to conduct their primaries back-to-back was to checkmate the “hidden agenda” they have against each other.

Sources said there was the likelihood the two parties would select their presidential candidates from either the southern or the northern part of the country.

The fate of the aspirants of the two parties would be determined by 11,500 delegates selected from across the country. APC is expected to have 7,800, PDP 3,700 delegates.

However, the size of the delegates would also be altered in the event President Muhammadu Buhari failed to sign the re-amended Electoral Act, 2022.

The race against time

Our correspondents report that in the ruling APC, aspirants, the presidency, governors, regional and party leaders, are making last-minute moves to ensure the emergence of their preferred candidate.  The situation has created an atmosphere of fear and anxiety in the polity.

It was gathered that President Buhari will meet governors who are members of the ruling party together with the National Chairman, Senator Abdullahi Adamu, anytime from now.  Also, the president is expected to meet with the APC presidential aspirants ahead of the primaries.

“The president had before he travelled to UAE met with the Chairman of APC Governors, Atiku Bagudu of Kebbi State,” one of our sources said.

“He met the president at the instance of his colleagues. He asked Buhari to give them a sense of direction but he was not forthcoming; Buhari told him he would meet him on his return. He is definitely going to meet with Bagudu again ahead of meeting with the ruling party’s governors,” he said.

There is uncertainty in the APC as the party has postponed the screening of its presidential aspirants earlier slated for today.

Daily Trust reports that the National Working Committee (NWC) of the APC had failed to constitute a screening committee for the exercise before the last minute indefinite postponement.

Also, the party is yet to decide on zoning and the mode of nominating its presidential candidate ahead of the 2023 poll.

The APC National Organising Secretary, Sulaiman Muhammad Argungu had earlier announced in a statement that the party would screen its presidential aspirants today.  But there was no screening committee in place and other guidelines before the postponement last night.

The APC National Publicity Secretary, Barr Felix Morka announced in a statement yesterday in Abuja that the exercise had been postponed.

Morka said, “A new date for the exercise will be announced shortly. Any inconvenience caused is deeply regretted.”

Daily Trust learnt that political leaders within the ruling APC in South West are mounting pressure on presidential aspirants from the zone to agree on a consensus candidate ahead of the primary so as to approach the convention venue from the position of strength.

Recall that a former APC National Chairman, Chief Bisi Akande and former Ogun State Governor, Olusegun Osoba, convened a meeting of aspirants in the zone, where it was agreed that they should conduct their electioneering campaigns devoid of hostility, free of rancour and in an amicable manner.

However, an informed source said in the last few days, the elders from the zone were not comfortable with all the aspirants going into the primary and therefore had gone back to the drawing table.

It was learnt that many of them were of the view that sending many contenders will hamper the chances of the South West to produce the next president.

They, therefore, said the zone will agree on a candidate before the commencement of the primary.

“All the other aspirants are expected to work for the emergence of a consensus aspirant at the presidential primary. This is the way the zone can have the upper hand, otherwise, another aspirant might emerge if the house is divided,” one of the sources said.

Another source, however, hinted that the move might fail as some aspirants believed that those leading the consensus arrangement were loyal to one of the aspirants.

He said instead, the aspirants were pushing to be allowed to choose one of them during which they would agree on compensation, compromise and other political considerations instead of leaving everything in the hands of the elders to decide for them.

Efforts to get the reaction of Chief Akande and Aremo Osoba were unsuccessful last night as calls and messages sent to their known telephone numbers got no response as of the time of filing this report.

Also, APC aspirants from the South East zone yesterday met behind closed-door and resolved to back any candidate the ruling party picked from the zone.

The meeting, which was held at the private residence of a former Imo State Governor, Rochas Okorocha in Abuja, had the immediate past Minister of Science and Technology, Ogbonnaya Onu; former minister of State for Education, Emeka Nwajiuba; former Senate President, Ken Nnamani, Okorocha and the only APC female aspirant, Uju Ken-Ohanenye in attendance.

In a communiqué read by Nnamani at the end of their meeting, the aspirants agreed to align with the decision of the party, stressing that they believe the APC leaders will ‘’Do the right thing and heed the clamour for power shift to the South East.’’

The communiqué reads in part, “That we commend all Nigerians who are committed to the Nigerian project by the wholehearted support of the aspiration of the South East to produce the next Nigerian president in 2023.

“That in furtherance of this commitment all aspirants here commit to align with any of the South East aspirants that is accepted by and chosen by other Nigerians to fly the APC flag.”

The leading opposition PDP is also working to reduce the number of aspirants going into the elections, Daily Trust gathered from reliable sources. It was gathered that some of the top aspirants are reaching out to others to step down for them.

One of the sources said the party is working with the Senator David Mark-led primaries committee to reduce the number of aspirants to a manageable level before the election proper.

The source, who did not want to be mentioned, said: “I can tell you that some of the aspirants are already meeting to shift ground for others. Some of them are likely going to step down and support those with brighter chances of winning the ticket.

“The party has thrown its weight behind the move and is encouraging the aspirants to talk to themselves.”

Another source also said the presidential aspirants from the South East are also working to present a sole candidate at the primaries.  He said the aspirants might present former Anambra State Governor, Mr Peter Obi as their consensus to slug it out with other aspirants from other geopolitical zones.

The aspirants had met earlier after the 37 member zoning committee led by the Benue State Governor, Samuel Ortom recommended to the party abandon the zoning arrangement.

As delegates and other stalwarts of the country’s two leading parties flood Abuja, hotels have been fully booked, Daily Trust gathered.

A survey comprising hotel booking sites as well as physical searches by this paper at the weekend revealed that hotel owners are seeing more traffic already as delegates and supporters throng Abuja.

According to Daily Trust analysis, most of the places where hotels have been sold out are highbrow areas of Abuja, including the Central Area, Maitama, Wuse II, Wuse, and Garki.

In the Maitama District, it was found that at least three hotels have been fully booked. They are BON Hotel and Sinclair Guest House while Maitama Guest House had just four rooms left not yet booked for the weekend. The Transcorp Hilton had just five rooms left of its lowest-priced accommodation.

At Wuse II District, the Standard King rooms at the Centurion Apartment had been booked on Sunday except for one room; BON Hotel Grand Tower was already fully booked; the expanse Barcelona Hotels in Wuse II had just five rooms left to be booked for the weekend.

The popular Sheraton Hotel had five of its lowest-priced rooms, the ‘Classic King’ left yesterday with a room going for N115,992 just as the Wells Carlton was fully booked for the weekend in the Asokoro District.

In the Garki District, the Envoy Hotel at the Diplomatic Drive was fully booked while Agura Hotel opposite the Defence headquarters has five rooms left so far; Royalton Hotels Garki has just a room left, and around Area 3, Garki, Savannah Suites has just four rooms left while Citilodge in nearby Durumi District is fully booked.

A highbrow hotel, Hawthorne Suites at Area 11, Garki, was also fully booked for Friday through Sunday just as the Corinthia Villa in a nearby street was fully booked, and the same with neighbouring Petrus Hotel Royale.

In the Central Area, Chelsea Hotel and Kebbi Hotel in Abuja Central Area had just a room each left. In the Utako District, The Residency Hotel is also fully booked. Earlier last week, rooms were not available at Chida, Top Rank Hotel and 3Js Hotel but were available on a limited basis for the weekend, the front desk officers told clients who spoke to this paper.

Around Jabi, the Grand Cubana Hotel was fully booked for the weekend while in the Kado District of Abuja, Ubiq Suites and Apartments are fully booked, according to searches.

Some prospective customers lamented the situation saying businessmen and agencies with functions during the period may be frustrated due to lack of space.

Johnson Adekunle, a client service agent, said he could not find space for his guests at the four hotels in the Abuja city centre due to the planned events.

“Usually, the weekend, being the end of the month, is a period where firms hold meetings as well as government agencies fixing workshops, but that has been affected this weekend because rooms in those hotels have been sold out. I couldn’t find a space for my clients and we are resorting to going to Utako or so,” said Adekunle.

Oche Ogar, also lamented the situation saying he was told at three hotels within Wuse and Maitama that rooms would only be available from Monday or Tuesday.

“Well, it is good business for hoteliers who have good marketers to woo clients to them,” he said.