One of my finest and most-satisfying adventures, so far, was the time I journeyed with my team from Peering Advocacy and Advancement Centre in Africa… 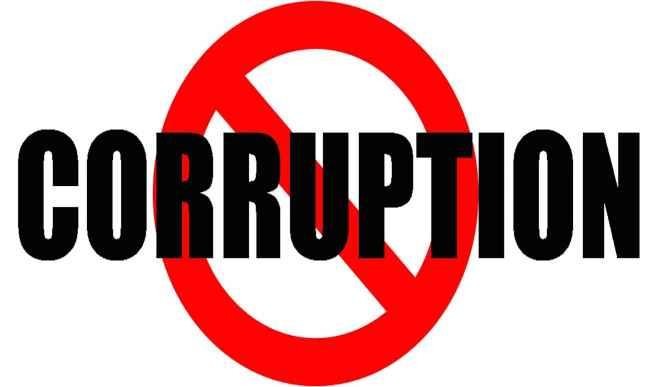 One of my finest and most-satisfying adventures, so far, was the time I journeyed with my team from Peering Advocacy and Advancement Centre in Africa (PAACA) for an anti-corruption town hall with religious and traditional leaders across states from the geopolitical zones in the country. Each day of the trip brought new insights and new exploits, as might be expected of such a landscape and exciting mode of travel.

It was an opportunity to travel and explore new places, not really because I believed the anti-corruption fight will get commitment from the leaders in these states, especially now that religion and tradition have been bastardized and commercialized to the extent that it is losing its appeal as a promoter of right values and spiritual standing, as a result of factors such as quest for prosperity/materialism by adherents and religious leaders, quest for power, victory over perceived enemies; selfish interests, sycophancy and the like, all at the expense of the virtues and moral standards.

Before the intervention of Peering Advocacy and Advancement Centre in Africa (PAACA) with support from Action Aid Nigeria, there was an observable fact that traditional and religious leaders in these states have a little understanding of how their position as respectable members in the society, can positively influence the anti-corruption fight. Though, not as the sole players in fighting the monster, but their role is critical for its treatment.

Engaging with these traditional and religious institutions, exposed outstanding peculiarities in the perception of the roles of traditional and religious leaders in achieving a successful anti-corruption fight in the country. The disposition of these leaders to use their revered positions in service to their communities as opposed to personal gains largely influenced their acceptance of the message of anti-corruption.

Though I already lost faith that the anti-corruption message will be generally accepted and acted upon by the recipients just like the typical Nigerian, thoughts of visiting the well-known textile market in Kano State; being my first time in the northern part of the country, and the indigenous market in other states was something I excitingly looked forward to.

I was further convinced when a traditional leader chose to play down on the need to track budgetary allocation, promote accountability and reduce the rate of abandoned projects in their communities, probably for the fear of losing an existing or intended relationship with the government. Interestingly, other traditional leaders in the same state embraced the anti-corruption message and saw the need for a step down to enable his community members benefit and be actively involved in the fight against corruption.

It is important to note that some religious leaders are disciples of injustice, and cannot clearly speak against corruption and other social vices. When the religious constituency suffer corruption of the same nature as the public administration, and members of the congregation who serve on Church boards and committees are witnesses of corruption in the Church, it undermines its witness in the public square. Hence, the religious and traditional leaders should disassociate themselves from traces of corruption, to encourage believably when anti-corruption messages come from their gate.

The PAACA team simplified ways citizens can effectively get involved in budget implementation process, which was accepted with an obvious display of enthusiasm among majority of the traditional and religious leaders in these states. The desire to actively engage their followers on anti-corruption issues and give the anti-corruption fight the desired push, having discovered the power in their voices, speaks optimism to the anti-corruption fight.

Following the successes already recorded when citizens engage as a group in the fight against corruption, a strong anti-corruption network was formed involving religious and traditional rulers who are willing to integrate the anti-corruption message in their sermon to followers, identify abandoned projects in their various communities, question service failure, and continually engage public officials on corruption issues within their state, to increase the impact and rate of citizen-led monitoring.

The potential of a collective action in these states is unarguable when every religious leader positions him/herself as a positive influencer in the fight against corruption, while the traditional leaders on their part should begin by promoting the interest and welfare of their communities through influencing government to be more responsible to its people in providing social and infrastructural amenities; better welfare package for workers; recognize, award or commend good behavior, speak against corrupt acts irrespective of personal gains; and ensure peace in their communities.

There is a need for citizens to refine their expectations when accessing public services. It is essential in social accountability initiatives and assessing collective action capabilities is critical for choosing the right participatory approach, because some social accountability modalities require particularly strong and well-coordinated citizen actions.

By the success rate and with continuous support from Action Aid Nigeria for the implementation of SCRAP-C project (Strengthening Citizens Resistance against Prevalence of Corruption), we hope to use the PAACA platform to engage more traditional and religious leaders across the country on the need and ways to exploit their venerable position as influencers, in the fight against corruption.