A former chairman of the Economic and Financial Crimes Commission (EFCC), Mrs. Farida Waziri has described the current anti-corruption fight by the administration of President… 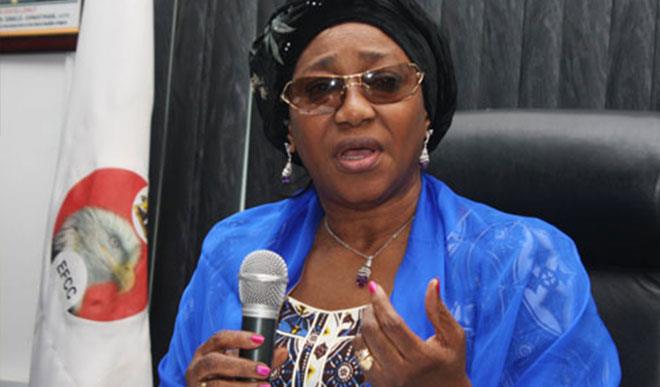 A former chairman of the Economic and Financial Crimes Commission (EFCC), Mrs. Farida Waziri has described the current anti-corruption fight by the administration of President Muhammadu Buhari as a monumental war that all Nigerians must support.
Waziri said this during an interview with journalists in Ilorin after the commendation service of a former inspector general of police, Mr. Sunday Adewusi at Baptist Church, Sabo Oke, Ilorin, Kwara State yesterday.
She said, “It is going on very well but the anti-corruption fight is monumental, so it is something we all must fight. It is not just for President Muhammadu Buhari. It is for everybody. If you know the dangers of corruption, you will know that all Nigerians should come together and say ‘enough is enough.’ Because the rich man is a victim, the poor man is a victim, the old man is a victim and the child, the young man and the students are victims. Those who are looking for jobs are all victims, so it is time that we all support this president to say enough is enough.”
While disagreeing with those who say that the corruption fight is selective targeted at PDP members and not for APC members she said it is not issue of federal character.