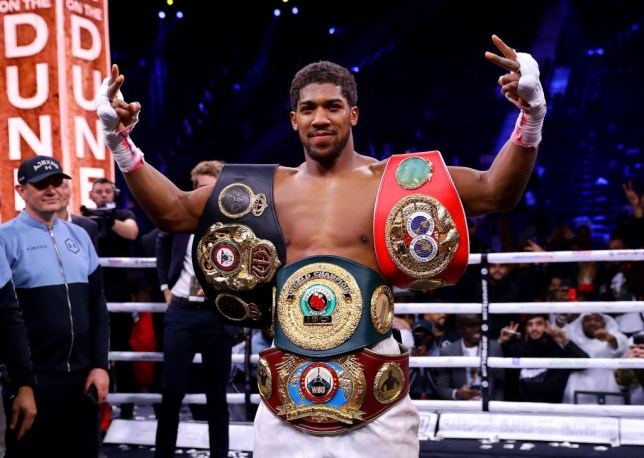 Joshua was set to fight compatriot Tyson Fury in an unification bout in Saudi Arabia in August but that fight was scuppered when a United States arbitrator ruled World Boxing Council champion Fury must defend his title against Deontay Wilder.

That trilogy contest was scheduled to take place this weekend but has instead been delayed to October 9 in Las Vegas after Fury tested positive for the coronavirus.

Meanwhile Joshua will now fulfil his mandatory WBO title defence in London, in what will be the first boxing event staged at the new home of Tottenham Hotspur football club.

By taking on Ukraine’s Usyk, a former undisputed world cruiserweight champion, Joshua will be facing a fellow London 2012 gold medallist.

Joshua was the Olympic champion in the super-heavyweight category at those Games, with Usyk topping the podium in the heavyweight division.

“The date is set and we are fully locked in,” said Joshua in a statement issued by Matchroom Sport.

“I put it all on the line again and it’s time to defend my crown. We are two Olympic gold medallists who have fought our way to the top and never avoided challenges.” (AFP)