‘Ansaru terrorists have been hibernating in Kaduna for over 10 years’

The Peoples Democratic Party (PDP) House of Representatives candidate from Birnin-Gwari, Kaduna State, Shehu Abubakar, has disclosed that the Ansaru terrorists have been hibernating in… 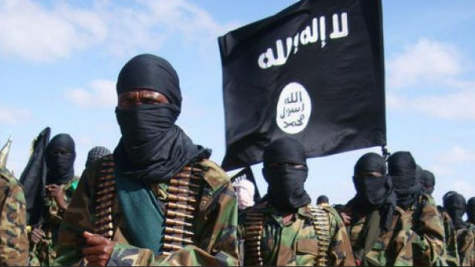 The Peoples Democratic Party (PDP) House of Representatives candidate from Birnin-Gwari, Kaduna State, Shehu Abubakar, has disclosed that the Ansaru terrorists have been hibernating in the state for 10 years.

Abubakar disclosed this while speaking on a Channels TV programme on Wednesday morning.

He was speaking on the backdrop of the directive recently given by the terrorists to members of communities in the area not to participate in political activities.

Kaduna has been plagued with the activities of terrorists for in recent times, with news of attacks making the headlines on a regular basis.

Daily Trust reported on Monday that the Ansaru terrorist group banned political activities in many communities in the Eastern part of Birnin-Gwari.

Shedding light on this, Abubakar said: “Ansaru is located in the eastern part of Birni-Gwari and their activities have been going on there for over 10 years.

“It was just this year that they started showing their mission because all these while, they have been living peacefully with the people. They were even defending the community from the attacks of the bandits.

“Before, they were staying in the bush. It was later, after some years that they started coming into the Damari town where they have even almost taken over the town because there is no presence of the police in the town.

“We didn’t know what their mission was until now. We found out that they banned western education and they are now saying people around there should not participate in politics.

“In the recent local government election, I was the DG Campaign of the PDP. At the same time, PDP sent me to the eastern part as their supervisor.

“On reaching there, we were warned by both the APC and PDP agents that Ansaru has warned them that nobody from the area should participate in political activities.

“We had to install our machines in the next town and told the party agents to call the community members so that those who want to vote can come and vote.”

He said the terrorists were in total control of the area, adding that they appeared in military fatigue with sophisticated weapons.

“I was there last year, a friend of mine was shot by bandits. So, we went for a condolence visit. At the outskirt of the town, to my surprise, I saw people in military uniforms with sophisticated weapons.

“I was told they are Ansaru. I saw over 150 of them in that town that day,” Abubakar added.

He appealed to the government at all levels to do everything possible to liberate the area for people to participate in the 2023 elections.