Annie Macaulay-Idibia, a Nigerian actress and wife of the veteran music artiste, Innocent Ujah Idibia popularly known as 2Baba, has hit back at some online… 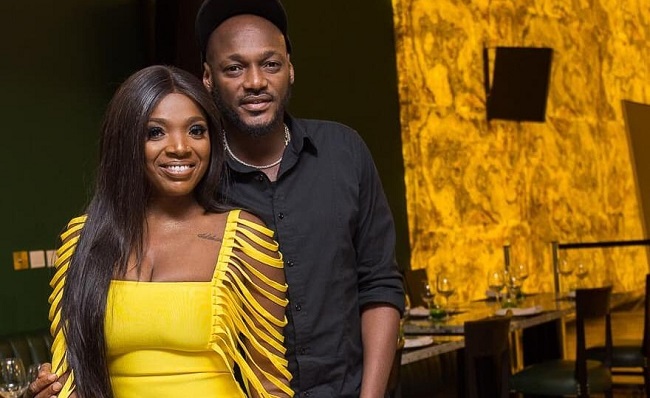 Annie Macaulay-Idibia, a Nigerian actress and wife of the veteran music artiste, Innocent Ujah Idibia popularly known as 2Baba, has hit back at some online trolls for mocking her marriage.

Annie had on her Instagram page posted a picture of her husband, 2Baba together with their second daughter Olivia Idibia, which she captioned, “A guy and his last born. She is our lil genius.”(sic)

Responding to it, Annie fired back as she wrote, “Ask the person wey born you who your real dad is. Fool.”

Annie’s marriage with 2Baba has been subjected to a lot of controversies especially online, due to the musician fathering children outside of marriage.

2Baba has a total of seven children from three women, two of which are with Annie.

Before getting married to Annie in May, 2012, 2Baba fathered two children with Sumbo Ajala and three with Pero Adeniyi, while he was still in a relationship with the popular actress, a case that led to people criticizing Annie for refusing to leave her cheating partner.

Annie, however, in September 2021, accused her husband of infidelity after she claimed he slept under the same roof with his baby-mama, Pero, threatening to quit their union. The actress did this in the wake of her husband’s visit to the United States to bond with his three other kids, Ehi, Justin, and Innocent – the children Pero bore for him.

In August 2022, the music legend finally apologized to Annie, saying he has not been a “proud husband and father” to his children. His apology came at a time when many people had concluded that they have gotten over their marital issues.

2baba in a post shared on Instagram apologized for the embarrassment he had caused his wife, families, children and management team. 2baba said he was not looking for sympathy from anyone but only wanted to make things right for his family.

“I simply just don’t want to be the one that apologizes. I have been a shitty (sic) father and baby father. I have no excuse. I just want to do the right thing for my kids and wife.

“I have been a star for so long that my bulletproof has worn- out. I am not suicidal or quitting. I just want to go back to my default settings and denounce my role model status.

“I want to make up for lost times with my wife, family and kids and give you all music that will make you remember and understand why they call me 2baba,” he wrote.