One of the “bishops” who attended the ceremony where Kashim Shettima, Vice-Presidential Candidate of the All Progressives Congress (APC) was unveiled, was reportedly mobbed at… 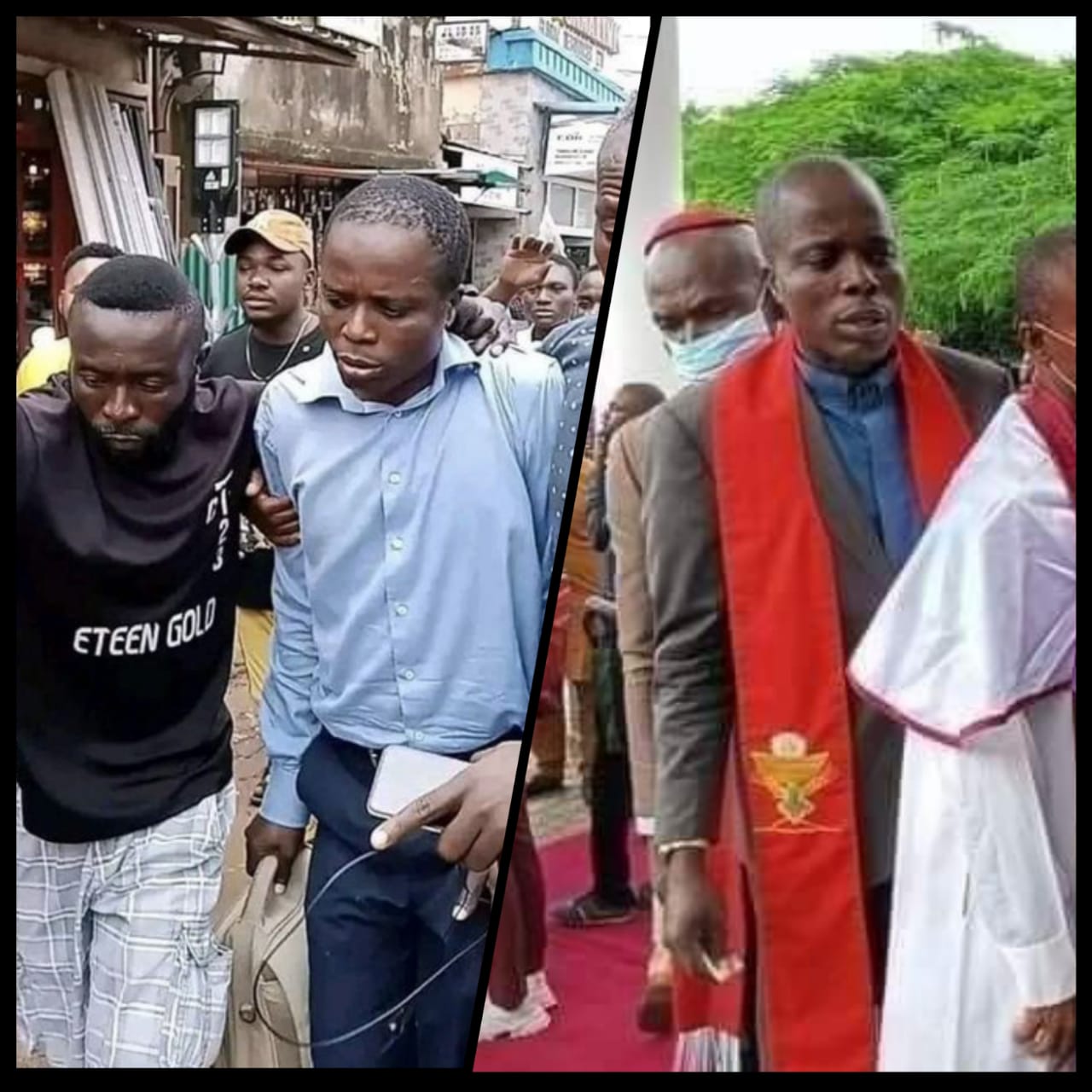 One of the “bishops” who attended the ceremony where Kashim Shettima, Vice-Presidential Candidate of the All Progressives Congress (APC) was unveiled, was reportedly mobbed at a market in Abuja.

In a video widely circulated online, a man who shares striking semblance with one of the clerics that attended the event in July, was seen humiliated by some young persons.

Shouts of “Fake bishop”, “This is one of the so-called bishops Tinubu used”, among others were heard in the background of the video.

According to a Facebook user, Sunday Wale Adeniran, the man identified as “Rev Chika” is an indigene of Agulu in Anambra State.

Adeniran wrote, “Today at Dei-Dei building materials market in Abuja, this clergyman was molested and beaten when they identified him as one of the clergymen who attended the unveiling of Shettima as Tinubu’s running mate. His name is Rev Chika. He hails from Agulu in Anambra state.”

Contacted for reaction to the incident, Police Public Relations Officer (PPRO) in the federal Capital Territory (FCT), DSP Josephine Adeh, promised to make findings and get back.

The appearance of the ‘men of God’ at Shettimma’s unveiling had generated heated controversy as the Christian Association of Nigeria (CAN) distanced itself from the so-called Bishops, saying the men were hired to give semblance of the acceptance of the APC Muslim-Muslim ticket.

Vice President of CAN, 19 Northern States and Abuja, and its chairman in Kaduna State, Rev. Joseph John Hayab, had said though the presidential candidate of the APC, Asiwaju Bola Ahmed Tinubu, was free to “hire mechanics and other artisans and sew clerical garments for them”, such effort would only add to their many ropes but would not change the need for “fairness and justice”.

But Bayo Onanuga,  Director of Media and Communication ofTinubu’s campaign, had insisted that the men were not hired.

“They are church leaders who genuinely believe that Nigerians must eschew politics of hatred and religious bigotry and rather embrace politics of peace and nation building. We, therefore, deplore the hysterical twisting of the presence of these men and women in cassocks and the false accusation against our candidates, Asiwaju Bola Ahmed Tinubu and Senator Shettima.

“The orchestrated social media sensation over the presence of the men is needless and all calculated to detract from the huge success recorded at the momentous event on Wednesday,” he had said in a statement.