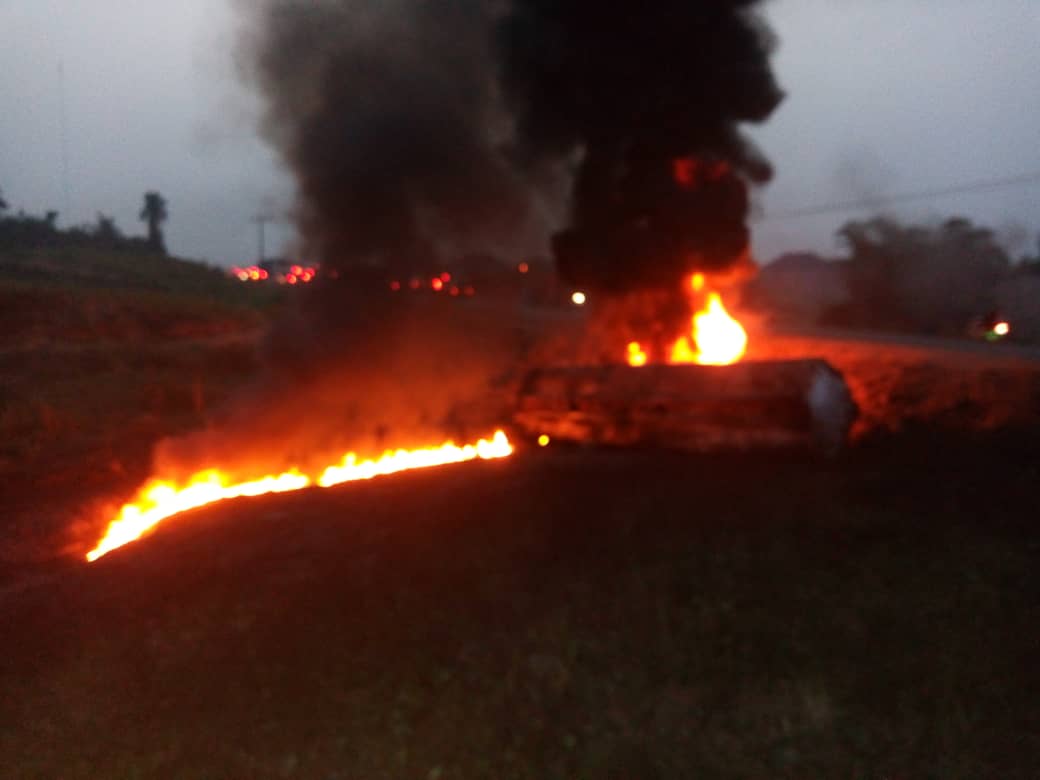 File photo of a vehicle on fire

Seven persons have been confirmed dead and many sustained various degrees of injuries in a petrol tanker explosion that occurred at about 10pm on Saturday in Amawbia, near Awka the capital city of Anambra State.

According to an eye witnesses, the petrol tanker that was negotiating the Amawbia junction fell and exploded.

The petroleum product it was carrying poured freely to drainage channels and therefore, further spreading the fire.

The fire razed the gate of the governor’s lodge, which is the official residence of Governor Willie Obiano, sacking security men on duty.

The Amawbia fire service post was not also spared as the fire tore through its building.

Nine vehicles parked along the road, including several tricycles were not also spared, same for shops along the area.

The Anambra State Police Public Relations Officer, PPRO, SP Haruna Mohammed, said on Sunday Morning that so far, a total number of seven persons have been certified dead at various hospitals by medical doctors, while the surviving victim was referred to the Nnamdi Azikiwe University Teaching hospital Nnewi and was admitted at the intensive care unit of the hospital.

“Out of the seven persons confirmed dead, three are deposited at Amaku General Hospital Morgue, two at Regina Caeli Hospital and another two at Piston Hospital Morgue for postmortem examination,” he said.

On his part, Mr Andrew Kumapayi, Sector Commander of the Federal Road Safety Corps (FRSC), blamed the incident on careless driving on the part of the tanker driver.