The Chairman of Katsina State Football Association, Alhaji Aminu Balele Kurfi ‘Dan Arewa’, is unwavering in his position that election into the next board of… 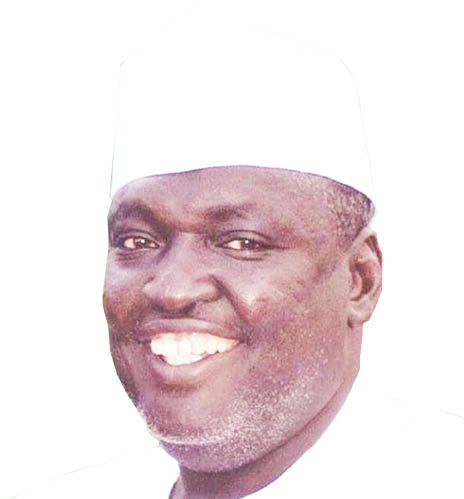 The Chairman of Katsina State Football Association, Alhaji Aminu Balele Kurfi ‘Dan Arewa’, is unwavering in his position that election into the next board of the Nigeria Football Federation (NFF), can still take place in September. In this interview with Trust Sports, the business mogul and astute football administrator also spoke on the relegation of Katsina United and other sundry issues in Nigerian football.

Recently you were spotted in Kano among other football stakeholders. What was the gathering about?

I was in Kano on the invitation of the chairman of Kano State FA. He invited me to witness the two competitions, Ahlan Cup and Tafa Cup. I had missed the past editions due to my numerous commitments. This time, I was around so I decided to honour his invitation.

It wasn’t about the upcoming Nigeria Football Federation (NFF) election. However, whenever an election is around the corner, you can’t stop people from discussing politics. But my trip to Kano was not primarily because of the NFF election. It was to give support to my colleague who is contributing his quota to grassroots football development in his state.

How confident are you that the 2022 NFF election will be held in September?

If you ask me, there is nothing that should stop the election from taking place in September. We are starting behind schedule but there is enough time for the election to be held. The court injunction that was an issue has been vacated by those who brought it. They withdrew it by themselves to pave the way for the election. Therefore, nobody should talk about court order again. Anybody who talks about court injunction again is running away from reality. We have enough time to screen aspirants, print ballots and hold the election in September. There should be no problem at all. Congressmen are ready to make sacrifices for the election to take place. We are only 44 members and even if we are up to 1,000, it shouldn’t be difficult for us to organise ourselves for the election to be held. So, anybody who is saying September is not realistic has a hidden agenda.

There is this feeling that it is the turn of the north to produce the next NFF president. Where do you stand?

Of course, I am one of the leading football stakeholders in the north but I do not subscribe to this reasoning. What is more important is for us to produce a leader who will offer quality leadership for Nigerian football. This habit of electing leaders based on tribalism, ethnicity, region and religion is drawing us back. We have to start looking beyond religious and ethnic considerations. Presently, the president of NFF and his vice are from the south. If tomorrow a competent person emerges elsewhere to lead our football, there should be no problem. Football knows no tribe or religion. My major concern is that the election should be held unfailingly. Whoever wants to contest should come out and contest. If he wants to go for a third, fourth or fifth term, let him come out and contest. If such a candidate is accepted by the congress, so be it. Anybody who is not ready to face the congress should forget about leading the NFF.

Are you also interested in becoming a member of the next NFF board?

I am not interested. I have so many other challenges before me which deserve more attention. I am more interested in ameliorating the sufferings of my constituents. There is every need for one to make contributions at the local, state and national level. So, I must not be on the NFF board to make my contributions to Nigerian football. Once we have a competent leader, we can support from outside. One must not be on the board to contribute to the growth of football.

Even those managing the affairs of Katsina United are not happy with what has happened. It is a sad situation that we didn’t wish to experience. The government and people of Katsina State are also not happy. I can’t celebrate the failure of the club that I worked so hard to bring back to the Nigerian topflight. Yes, I am the Chairman of Katsina State FA but I have my limitations because I have other board members and there is a limit to which I can be involved in the affairs of the club. The relegation of Katsina United is a huge disappointment but if the management can put its house in order, the club will soon bounce back.

Some people are of the opinion that if someone like you were in charge, Katsina United wouldn’t have been relegated….

There is no doubt about my passion and commitment to football in Katsina State and Nigeria in general. But the question that must be asked is, did Katsina United complain of lack of money? The answer is no. They enjoyed unflinching financial support from the government. What about Kano Pillars who are also relegated. Was it for lack of money? It wasn’t money but the six board room points that they lost in the course of the season. What I know for sure is that if both clubs will sit down and plan, in a couple of months, they will be back in the NPFL. It is all about commitment and sacrifice.

Why is football hooliganism so common in the north? In the 2022 NPFL season, Kano Pillars, Katsina United, Wikki Tourists and Gombe United were found wanting…

Football hooliganism is a universal problem. It is not restricted to any section of the country or part of the world. The problem is with the increasing population, awareness about football, unemployment and win by all means syndrome. The onus is now on management of clubs to educate their fans that three things are involved in any football match. You win, draw or lose. If you insist on winning your home matches by all means, it means you too can not win away from home. So, clubs should organise sensitization lectures on a regular basis for their fans. If at the beginning of the season supporters of clubs resolve to give peace a chance, hooliganism will be a thing of the past.

When I was in Kano recently, the fans kept shouting ‘Up Katsina United, Up Katsina United’. There was no problem. As far as I am concerned Katsina and Kano people are the same. We have so many things in common. We are related by marriage and businesses. I don’t think we have any serious problems unless we decide to create some by ourselves. We just have to continue to educate our fans. Football is a unifying force so we have to keep educating the fans to show spirit of sportsmanship even in defeat.