Amidst Divorce, Kanye Now Richest Black Person In US

With a net worth of $6.6 billion, Kanye West is now the richest Black person in American history. He went from fourth place to first… 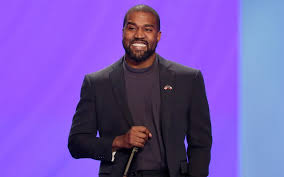 With a net worth of $6.6 billion, Kanye West is now the richest Black person in American history.

His shoe brand, ‘Yeezy’, his partnership with ADDIDAS, his properties, records and other assets earned him his current net worth.

He is also expected to gain a significant equity stake in his soon-to-be ex-wife, Kim Kardashian’s underwear/shapewear business, ‘Skims’

Kanye West is the third richest celebrity in the world, behind only Steven Spielberg ($7 billion) and George Lucas ($10 billion).