A Non-Governmental Organisation, Competent Governance for Accountability and Civic Trust (CGACT), has urged those accusing the Commandant General of the Nigeria Security and Civil Defence… 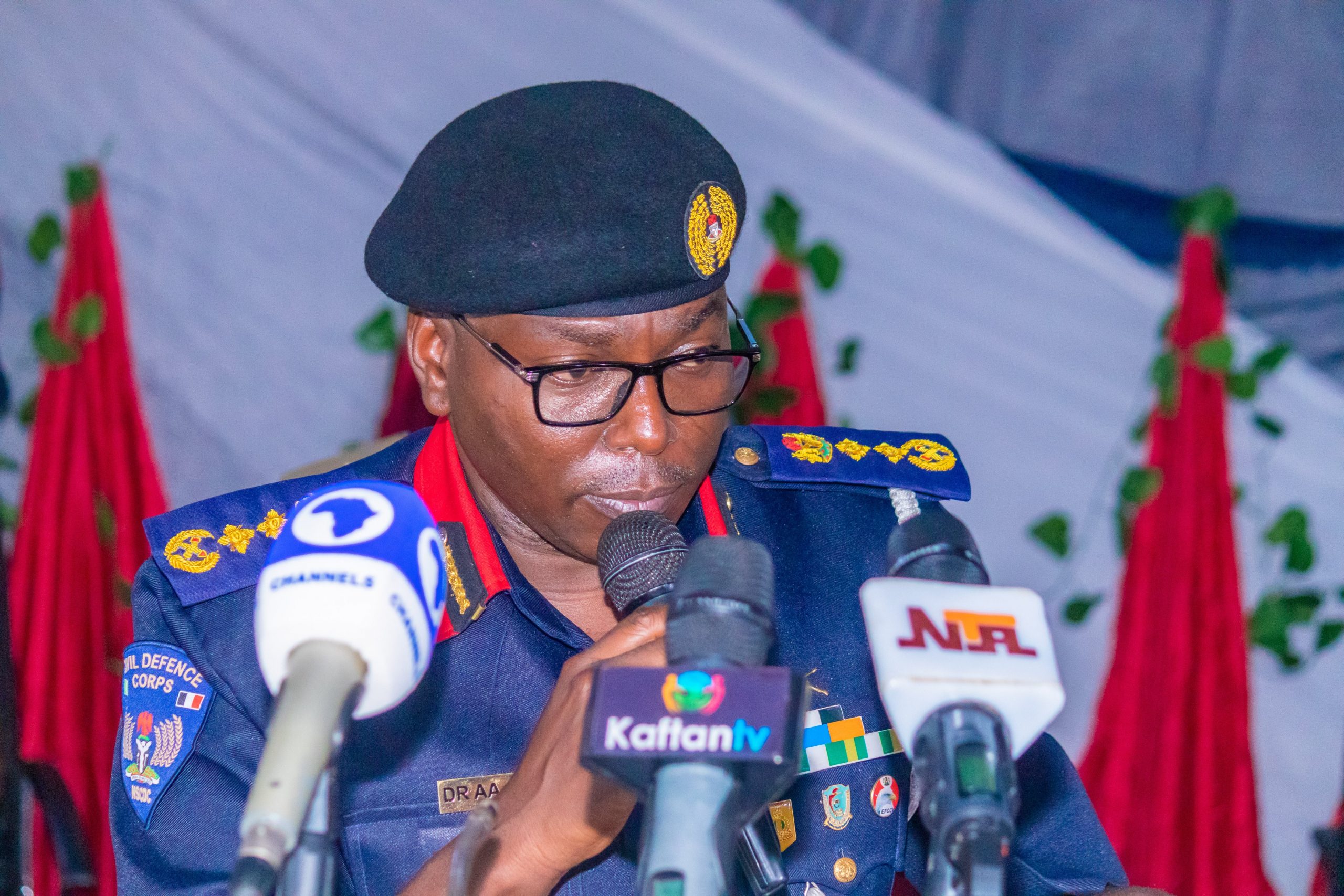 A Non-Governmental Organisation, Competent Governance for Accountability and Civic Trust (CGACT), has urged those accusing the Commandant General of the Nigeria Security and Civil Defence Corps (NSCDC), Dr Ahmmed Abubakar Audi, of misconduct to back the allegations with evidence.

The Executive Director of CGACT, Amb Godwin Oghenero Erheriene, made this call in a statement he released on Wednesday and made available to journalists in Abuja.

According to the statement, Audi is being accused of nepotism, receiving contract kickbacks, awarding of contracts to cronies and blood relatives and secret recruitment.

“The aforementioned are too weighty to be laid on someone without concrete evidence as backup,” he said, adding that “it’s very denting on a painstaking career built over time.”

The NGO said those bent on forcing the removal of the CG forgot that he was barely six months in office, pointing out that it was logically impossible for him to have committed such offences within the short period in charge.

“Dr Audi is barely six months in office. So logically, he needs probably 1-2 years as CG to be able to perpetrate these allegations, especially the ones bordering on finance.

“Also, the Paramilitary does not do secret recruitment. For the recruitment to be a success, the recruits need to have an IPPIS number. And for that to be done, that means it is a public affair and not a private one.

“If anyone is aggrieved, he/she should channel his/her displeasure to the appropriate quarters not by destroying a reputation that has taken painstaking effort to build over time.

“We, the civil society organisation, will continue to be the societal watchdog as we will continue to criticize, blow the whistle, condemn and raise alarm when necessary if we find any public office holder wanting.

“However, we will equally appreciate, applaud and make recommendations when necessary,” the NGO stated.