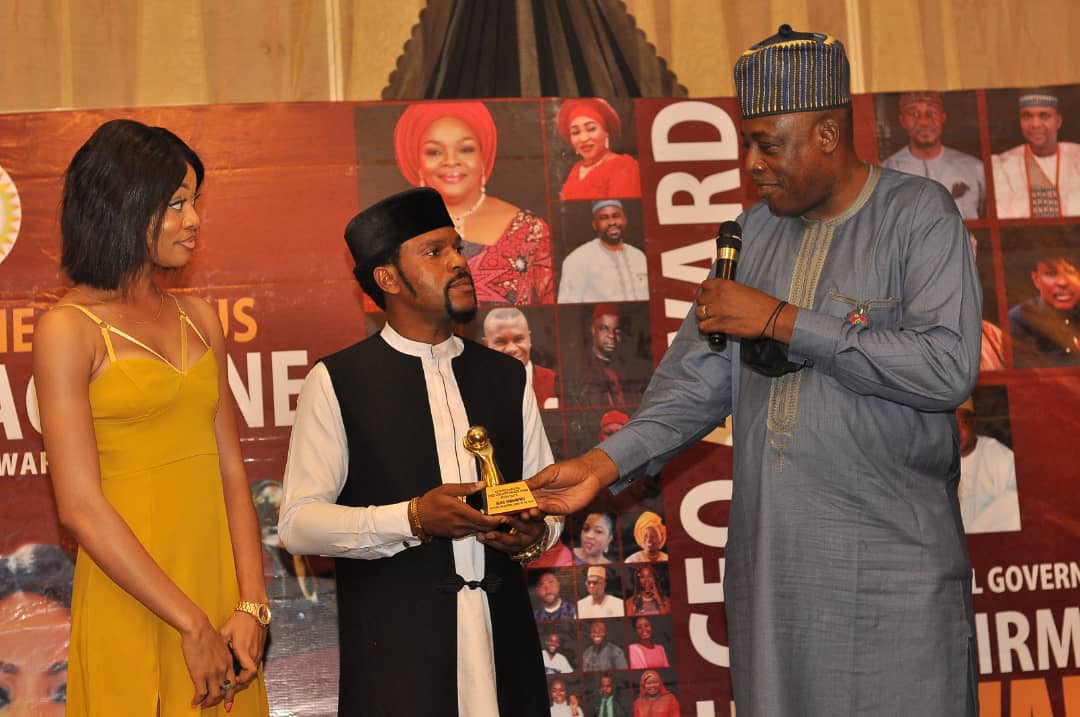 This is coming barely 14 days after the Anambra governorship election in which Mr Nwankwo, who had earlier won the primary election of Accord Party, stepped down for Dr Godwin Maduka.

The award night, which took place at the Abuja Sheraton Hotel and Towers on Saturday, was organised by The Papyrus Magazine.

Mr Nwankwo, who is also the Chairman/CEO of Amity Global Network, had two weeks ago received the award of Brand Influencer of The Year from a leading online medium in Nigeria, Igbere TV.

The young CEO is known for adding colour and flavour to events within and outside the FCT with his expertise in public relations.

The media consultant, a sought-after for individuals and corporate organisations who wish to have a first-class event is also known for mentoring young people in harnessing their talents for national growth.

Speaking shortly after the event on Saturday, Mr Nwankwo expressed gratitude to The Papyrus Magazine for finding him worthy of the honour.

He pledged to continue offering a top-notch Public Relations service to meet the satisfaction of clients especially as the industry becomes more dynamic.

Others who were honoured at the event include Suleiman Abdulganiyu Ojonugwa as Rising Star in Automobile Industry, Shomade Atinuke as Outstanding African Fashionpreneur of The Year, Amb Badamasi Sadiq Ibrahim as Dynamic Social Entrepreneur of the Year, Micheal Kwesi Ofori as an Emerging Leader in Foreign Direct Investment into Africa among others.