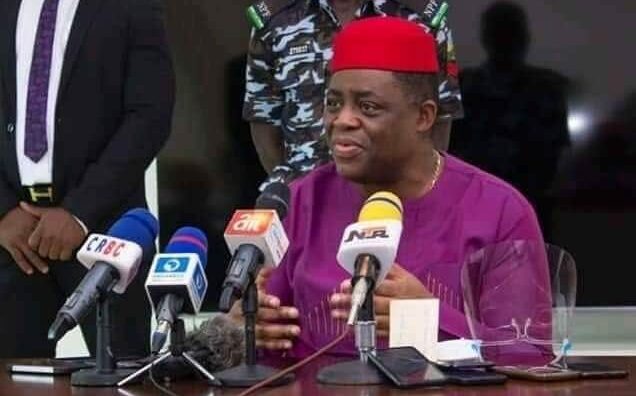 Journalists in Akwa Ibom are boycotting a visit by former aviation minister Femi Fani-Kayode to Akwa Ibom after the #bankrolling incident in which he assaulted a journalist in Calabar.

The Nigeria Union of Journalists in Akwa Ibom barred its members from covering Fani-Kayode’s visit in line with the wishes of the national leadership of the union.

It released a memo insisting “no journalist should attend a media parley with Femi Fani-Kayode or any of his activity at any location in Akwa Ibom State.

“The NUJ is not part of the visit,” the statement reads

Fani-Kayode arrived Uyo on Thursday and was received by the Governor, Udom Emmanuel.

There was outrage across the country on Tuesday following a viral video which showed Fani-Kayode threatening to deal with the Daily Trust correspondent in Cross River State, Eyo Charles.

Charles had on Thursday, August 20, 2020, during a roundtable with invited journalists in Calabar, asked Fani-Kayode to explain who is sponsoring his trips from one state to another “to supervise projects.”

The question stemmed from the fact that Fani-Kayode is not holding any public office either at the state or national level, but had of recent embarked on “official visits” to states to assess the performance of governors.

In the video which lasted for some minutes, Fani-Kayode called Mr Charles “stupid” saying “Don’t ever try that with me. I have a short fuse, I will hit you hard.”

The Management of Media Trust, publishers of the Daily Trust titles described the former minister’s response to its reporter as “reprehensible action” and called on the Nigeria Police Force to be on watch in the event something bad happened to Mr Charles.

In a statement on Tuesday, Media Trust’s Executive Director/Editor-in-Chief, Malam Naziru Mikailu, said: “We condemn the reprehensible actions of Femi Fani-Kayode, who in a video clip now gone viral, verbally assaulted – repeatedly – our reporter, Eyo Charles in the course of doing his job.

“The video clip also released on one of the ex-ministers social media accounts was conveniently edited to exclude the question asked by Charles, totally devoid of mischief, simply sought clarification and information, like good journalism, should. Said editing paved the way for a social media lynch mob to rain expletives on our reporter, labelling him as ‘rude’.

“This could not be further away from the truth, and we stand by Charles, and commend him for his calmness during the ordeal. Daily Trust reporters are responsible professionals, who uphold the tenets of journalism, as well as best practices,” he said.