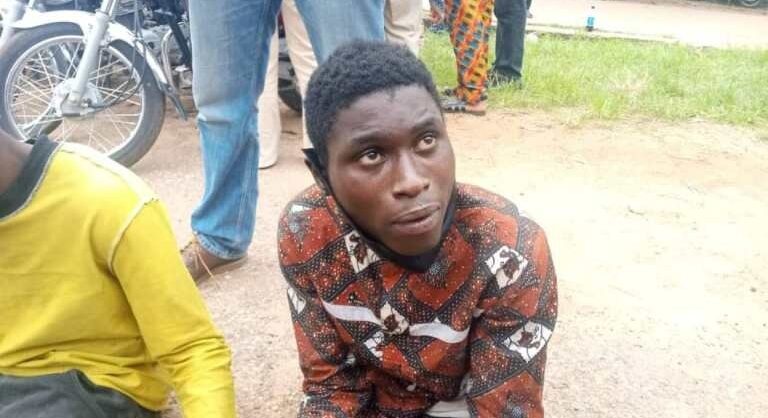 A 19-year-old Sunday Shodipe, prime suspect in serial killings that rocked Akinyele area of Oyo state, has escaped police custody nearly a month after his arrest.

A 19-year-old Sunday Shodipe, prime suspect in serial killings that rocked Akinyele area of Oyo state, has escaped police custody nearly a month after his arrest.

He had been arrested and paraded alongside two others on July 17.

He had confessed to the killing of six women, one of them pregnant.

Sunday Shodipe, during his parade along with two others at the state command told newsmen that he was involved in killing of six female victims, including a pregnant woman.

Police has warned residents to look out for Shodipe, “arrest and immediately inform the command when sighted for immediate handing over for further action.”

In a statement, the police public relations officer SP  Fadeyi Olugbenga, appealed for anyone with credible information “as to the where about of the assailant not to hesitate in passing same to the Oyo State Police Command to assist in the apprehension of the offender who is now at large.”

At his earlier arrest, the 19-year-old said he worked for a herbalist, Adedokun Ajani.

He said he had no idea why he killed but was sent on the missions in return for N500 and a meal each time.

He revealed Ajani helped with incantations and gave him instructions how to kill his victims.

He would locate a victim, hit them with a shovel and while they lay in a pool of blood, he would incant, walk around the body three times and then turn his back to it for five minutes with his eyes closed and then leave the scene.

He said he was never afraid of being caught because Ajani told him nobody would come around within the period.