Emeritus Professor of History and Second Republic Senator, Banji Akintoye, on Thursday formally accepted his election as the leader of Yorubaland, vowing not to interfere… 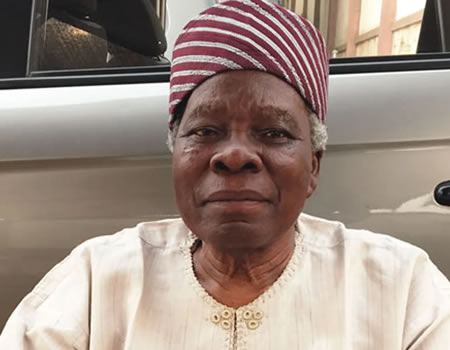 Emeritus Professor of History and Second Republic Senator, Banji Akintoye, on Thursday formally accepted his election as the leader of Yorubaland, vowing not to interfere in partisan politics.

He promised to galvanize state governments to revive the Yoruba language, which he said has become “endangered” alongside the teaching of history in schools.

The formal acceptance about three weeks after Yoruba organizations under the aegis of Assembly of all Yoruba groups worldwide converged in Ibadan, Oyo State to elect him as the fourth Yoruba leader.

Akintoye, aged 84, defeated the National Leader of All Progressives Congress (APC), Asiwaju Bola Tinubu, as he was unanimously endorsed by all delegates at the August 21 confab.

Addressing a press conference in Lagos, Akintoye flanked by Yoruba leaders from various parts of Yorubaland in the Southwest geological zone, said he would fight for the freedom of the Yorubaland and deepen the unity in the old western region.

He promised to uphold and showcase Awolowo legacy “as the noblest and proudest modern legacy of our Yoruba nation.”

The prominent don insists he would run the affairs of the Yoruba without partisanship.

“Our whole perception of leadership of today’s Yoruba nation shall be that it does not interfere with partisan politics and politicians but it encourages our whole nation and its leading citizens to strive bravely for excellence, prosperity and power, and towards the true national destiny of our nation.”

He also pledged to promote ideas and agendas that will open door of opportunities for women and youth, saying the youths are the solution to Nigerian problems.

“Youths are the repository of the power of a nation. A nation that represses its youth cannot succeed,” he added.