The Organisation of African Instituted Churches(OAIC) has elected Baba Aladura, Elder Dr Israel Akinadewo, as its new National President. Akinadewo, who is the Prelate, Prophet… 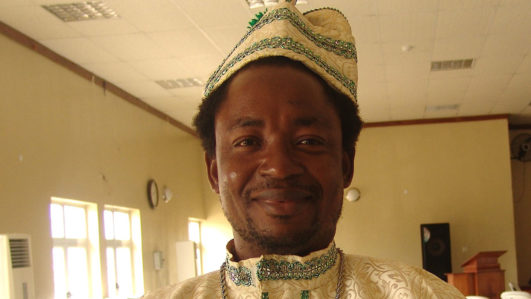 Akinadewo, who is the Prelate, Prophet and Supreme Head, Motailatu Church Cherubim and Seraphim Worldwide (MCCSW), was elected unopposed in Abuja on Thursday.

He will lead the 11-man new executives of OAIC, one of the five blocs of the Christian Association of Nigeria(CAN) for a renewable term of four years.

CAN President, Most Rev Dr Daniel Okoh, who was at the venue of the election, congratulated him on his emergence.

In his acceptance speech, Akinadewo, a chartered, forensic accountant and senior lecturer Afe Babalola University, Ado-Ekiti, appreciated the body for the confidence reposed in him.

He promised to build on the solid foundation laid by OAIC founding fathers, saying he will pursue an 11-point agenda to reposition the body.

According to him, the new administration will deliver on theological advancement, political awareness, OAIC secretariat, women and youth empowerment as well as OAIC historical project, among others.

Promising to strengthen the visibility of the body, the 6th OAIC President said: ‘’ This peaceful and godly transition is another testament of the bond among us, in which the chemistry is stronger than the scientific molecule resulting from the transfer of electrons from one atom to another.

‘’It is an unbreakable bond that produced our own former President, and the International President, Most Rev. D. C. Okoh, as the President of the Christian Association of Nigeria (CAN).’’