The Air Component of Operation Whirl Punch has attacked bandits’ hideouts in Kidandan, Giwa LGA of Kaduna State, which has been confirmed as the hideout… 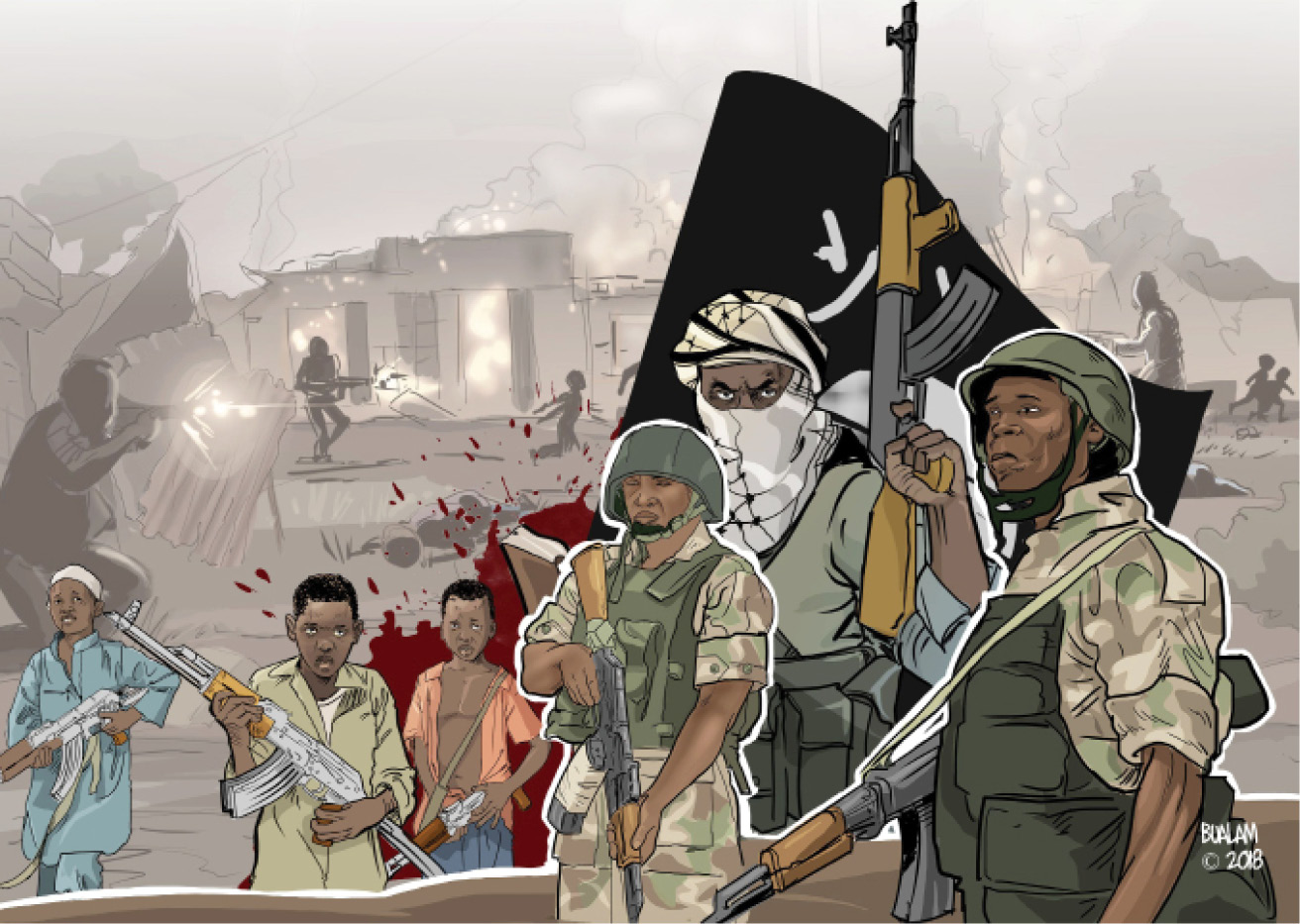 By Mohammed I. YabaShehu Umar, Gusau

The Air Component of Operation Whirl Punch has attacked bandits’ hideouts in Kidandan, Giwa LGA of Kaduna State, which has been confirmed as the hideout of a banditry kingpin, Alhaji Ganai.

Commissioner for Internal Security and Homes Affairs, Samuel Aruwan, on Sunday said several of the criminals were killed in the strike.

He explained that the hideout of a bandit, Ali Kawaje, in Birnin Gwari LGA was similarly destroyed, as well as those of Musa Pajelo and Kachalla Bello.

He said an active location was engaged and destroyed about 4km south of Godani.

In another development, aircraft of the Nigerian Airforce (NAF) has attacked the enclave of a notorious gun runner, Malam Ila, at Manawa Village in Shinkafi Local Government Area of Zamfara State.

A defence operative told PRNigeria that the gun runner was the major supplier of sophisticated weapons to the notorious terrorist, Bello Turji, in Zamfara.

When contacted, the NAF spokesperson, Air Commodore Edward Gabkwet, confirmed the strikes and maintained that the military operations continued to curtail the excessess of bandits and terrorists  in the states.

Daily Trust reports that the abduction came barely 48 hours after more than 40 people were kidnapped from Kanwa village in the same LGA.

There lull after years of deadly attacks on communities in the local government but, in recent times, abductions and pockets of assault have resurfaced, leaving the residents apprehensive.

Residents fingered a banditry leader called Dankarami, who has been terrorising people in Zurmi-Birnin Magaji-Jibia axis in Zamfara and neighbouring Katsina states, as the mastermind.

“We were observing Ishai (night) prayer when suddenly we started hearing heavy gunfire from every angle of the community. We rushed out of the mosque and discovered that we were under siege by the armed criminals.

“Since it was dark, some of us managed to escape the assault. The armed men went from house to house, abducting whoever they found, including nursing mothers and children.

“Some of the residents who hid inside the surrounding bushes have started coming back home.

“We are pleading with the authorities to extend the military operations to our communities. More than 90 per cent of our farmlands have remained uncultivated for fear of abduction or killing,” one of the community leaders told Daily Trust.

Meanwhile, some locals have said they had started to witness intensive military operations in Bukkuyum-Gummi axis.

About 12 days ago, dozens of bandits were killed after days of military operation in a forest near a community called Gadar Zaima in Bukkuyum LGA of the state.

The successful operation, which led to the recovery of more than 100 motorcycles and about 600 cows, sparked jubilation across communities that have suffered a series of deadly raids and mass abductions.

He said a survey conducted last week across the state showed that there had been little or no banditry activities in most of the LGAs of the state except for some isolated cases in parts of Bukkuyum, Gummi, Anka, Maru, Talata Mafara, Gusau and Maradun.

“The recent order by the President and Commander-in-Chief, Muhammadu Buhari, to security agencies to decisively deal with bandits in the North West and Central states, coupled with the synergy amongst the security operatives have greatly helped in reducing the scale of the banditry in Zamfara State.

“The hitherto waves of attacks, killings, kidnappings and raping of women have drastically reduced and people are now seen carrying out their legitimate businesses in most parts of the state with relative ease, except those places mentioned above,” Dosara said in a statement.