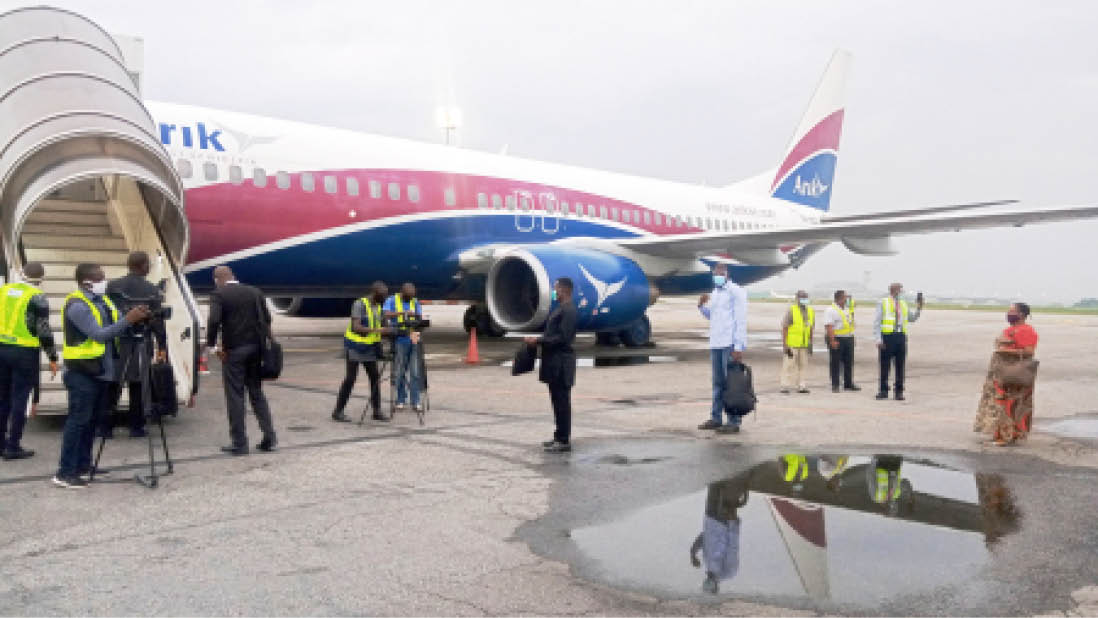 Passengers boarding a commercial plane at the Murtala Muhammed Airport, Lagos, during the resumption of domestic flights on July 8

The Nigerian aviation industry has recorded 93 bird strike incidents in the first half of 2022 with 54 of the incidents happening at the Murtala Muhammed International Airport (MMIA), Lagos.

Incidents of bird strikes have become a recurring decimal in airline operations.

Just recently, the Airline Operators of Nigeria (AON) disclosed that all the airlines lost $60 million (N34.5 billion at N575 to a dollar at the time) due to bird strikes suffered by their aircraft in 2021, saying the trend was on the increase.

At a workshop organised by the Search and Rescue Mission of the Nigerian Airspace Management Agency (NAMA) on Wednesday in Lagos, the Head, Bird/Wildlife Hazard Control, Nigerian Civil Aviation Authority (NCAA), Mr Azike Edozie, said the prevalence of bird strike in the industry posed threat to safe flight operations.

Daily Trust further reports that the workshop was held simultaneously in Lagos, Port Harcourt, Kano and Abuja to gather information on how to collectively tackle bird strikes across the nation’s airports.

He said, “My record shows that we have had at least 93 bird strike incidents in all our airports between January this year and June. And out of this number, 54 happened in MMIA alone, which represents about 70 per cent of the total occurrences.

“We all have to proffer a solution to this menace, and I do hope we have a lasting solution to it because everyone, especially the airlines, are losing money. The operators are working, everybody is working. We need to do more to arrest the situation.”

Head of Unit, Bird Control at FAAN, MMIA, Lagos, Mr Adetunji Adetutu, in his presentation, said the problem of bird strike was not peculiar to Nigeria, disclosing that it was a global phenomenon, noting that no airline was immune from it.

Adetutu blamed some pilots for being in a hurry to depart and violate the instructions of Air Traffic Controllers (ATC).

He disclosed that 98 per cent of bird strike incidents occurred when taking off and landing.

He said the authorities would consider issuing a Notice to Airmen (NOTAM) to sensitise them on the time of the year they should experience increased bird strikes.

The Search and Rescue Mission Coordinator, NAMA, Mr Olanrewaju Iwalaye, said it was necessary for all stakeholders to collaborate towards curbing the incidents.