The Minister of Youth and Sports Development, Sunday Dare has rendered financial support to the ailing former Golden Eaglets coach, Sebastian Brodericks Imasuen who is… 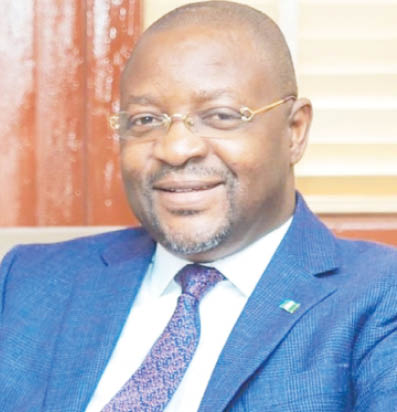 The Minister of Youth and Sports Development, Sunday Dare has rendered financial support to the ailing former Golden Eaglets coach, Sebastian Brodericks Imasuen who is currently receiving treatment  at the University of Benin Teaching Hospital (UBTH), on account of stroke.

Dare, who was represented by his Special Assistant on Media, Toyin Ibitoye, described Broderick as a national hero who needs all the care he can get to bounce back to good health.

Ibitoye, who didn’t disclose the  support  rendered when he visited Brodericks at the UBTH,  said the minister felt compelled to help the World Cup winning coach to ensure he gets the best of medication at the UBTH.

“The minister asked me to come to Benin to see Coach Brodericks personally and deliver the message, which is between him and the family of the coach.

“I am happy to see that Coach Brodericks is making good progress and the minister is also elated about this,”.

Responding, Brodericks wife, Helen, commended the minister’s gesture even as she called for more support for the ailing coach.

“He is better now compared to when we brought him to the hospital. Hopefully, he can get better and be relocated to another ward to continue treatment. I solicit that he get more support as he continues his recovery.