Moi University will start harvesting and earning from its apple farm in December, amid a raging debate on public universities struggling under the weight of… 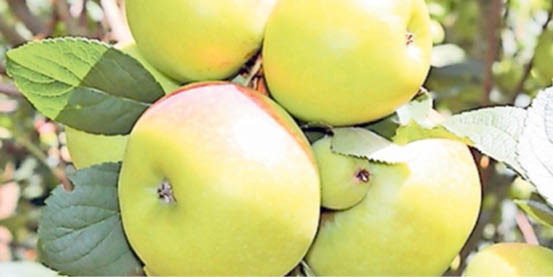 Moi University will start harvesting and earning from its apple farm in December, amid a raging debate on public universities struggling under the weight of wage bills and debts.

Moi is among public universities that have been challenged to invest in alternative revenue streams rather than depending entirely on government funding.

The university, whose debt has walloped to over Sh5 billion and threatens its operations, has been grappling with worker strikes as government funding shrinks.

Its administrators attributed its financial woes to the closure of satellite campuses and the scrapping of several courses.

With the first harvests from the farm expected soon, administrators are optimistic that they will generate income that would turn around its financial position.

University council chairperson Dr Humphrey Njuguna said over 100 acres are under the crop as part of activities meant to generate revenue.

He disclosed that they have been engaging the owner of the Wambugu apple variety on breeding rights in a bid to improve the variety through research.

“What has been holding us is the engagement with the owner of breeder rights to further research,” Dr Njuguna told Nation.Africa.

“We want to improve on the variety through research so that it can breed for different climatic conditions … We are also saying that we can reduce the maturity time from 12 months to nine months.”

Public universities in Kenya are grappling with a huge debt crisis to the tune of about Sh56.1 billion, threatening to cripple their operations, Universities Fund chief executive Geoffrey Monari stated.

Moi University has a debt of about Sh5bn owed to suppliers and other unmet obligations, says the Auditor-General’s report for the 2019/2020 financial year.

Mr Monari said universities should be fully funded by the government and urged them to admit students based on available funds as part of ensuring they remain financially sound.

“There should be merit and national priority programmed. The universities should ensure all student data is harmonised to facilitate accurate funding of universities. Recruitment of non-core staff and out-sourcing services should be encouraged by the universities,” he offered.

He asked universities to enter long-term repayment plans for outstanding debt, noting that 50 percent of all government consultancies should be ring-fenced for universities.

“There should be commercialisation of research and innovation and students who will not be admitted should be absorbed as PSSP [privately sponsored students programme]. This will also enable them to choose courses that they want instead of being placed in courses they qualified [for],” he said.

When apple farming was launched at Moi University in June 2021, Dr Njuguna projected that the university would make Sh79m per acre from apples on the current 100 acres in the next four years.

“With this money, we will be able to bring down all those old structures and put p Harvard-like structures to transform it into one of the best universities in the continent,” he said then.

The university is also banking on investments in pig, dairy and poultry farming, as well as the revival of Elimu millers to help raise funds to sustain its operations.

“We are determined to improve the financial position of the university. We are also targeting to work with farmers in the community to [put] 10,000 acres under apple production,” stated Dr Njuguna.

He encouraged universities to engage in income-generation activities in order to meet their obligations.

Moi University recently partnered with the Ethics and Anti-Corruption Commission (EACC) to fight corruption, including the production of fake degrees.

Through the partnership, the EACC will scrutinise the university’s financial management systems, policies and operational procedures and help it seal loopholes that allow illegal practices.

“We want to establish strategies that will empower the university to prevent corruption and tackle the threat of fake degrees that has bedevilled higher education in this country,” said Japheth Baithalu, the head of the EACC North Rift regional office during the event.