AGRO SOLUTIONS: How human urine was turned into ‘gold’ to boost agricultural productivity in Rwanda 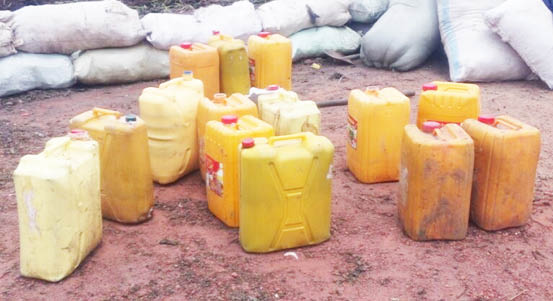 When Jean de Dieu Twagirimana, resident of Cyuve, a nested village in Northern Rwanda, decided to start recycling human urine into organic fertilizers in 2019, his main ambition was to distribute a cheaper product for local farmers aiming at improving their agricultural harvest.

In this remote rural area, a kilogram of urine-aided fertilizers sells at Rwf100 ($0.1 USD) compared to some Rwf700 ($0.1 USD) for chemical fertilizers which makes it much more affordable for local smallholding farmers

Recycled human urine is being used by a homemade plant as a fertilizer with low risk of transferring antibiotic-resistant to the environment in Musanze, a remote rural district in Northern Rwanda.

Urine is made up of 95 per cent water and 5 per cent waste products. Human pee is rich in the ingredients commonly used in commercial fertilizers such as potassium, phosphorus, nitrogen, and traces of other nutrients needed for crops and plants to grow.

According to the Stockholm Environment Institute, a person can produce as much urine per year to fertilize 300-400 square meters or roughly 3200-4300 square feet of crops

Twagirimana’s innovation is also creating new incomes for locals, where the neighbouring communities sell a 20-liter container of urine at Rwf1,000 (USD $1). Twagirimana says the new recycling plant is now giving an added value from the waste that was useless in the past.

The process which normally takes up to two days maximum starts by mixing fresh urine collected and stored with other organic waste that comes from either an animal or a plant such as rotten vegetables and fruits, to make good fertilizers. Some of these organic wastes are mostly collected by residents from households, markets, and landfills in these rural areas.

A jerrycan which is normally used to hold 20 litres is mixed with 500kg of organic waste before being applied as effective fertilizers with a proportion of least 4kg/acre.

“This method has proved to improve the soil long after the plants have taken the nutrients they need,” says Helen Mukangwabije a maize grower from Burera, a district in Northern Rwanda.

Yet, the demand is not higher in this remote rural region. Twagirimana is able to sell 5,000kg of processed urine fertilizers to local smallholder farmers at an affordable price per planting season.

In the last agricultural season C 2022 which ended in August this year, 72 farmers purchased urine fertilizers compared to 46 orders in the previous season.

Until recently in Rwanda, the demand for additional fertilizer sources was low since agricultural land was generally fertile and farmers practiced land consolidation. The total arable land is about 1.4 million hectares, which is 52 per cent of the total surface area of the country, according to official estimates by the Ministry of Agriculture

Whereas handling human waste is often surrounded by cultural norms and taboos, which restrict its use in agriculture, Twagirimana is convinced that this farming solution is to adopt appropriate collection and storage systems.

“Urine fertilizer has proven to be a potential solution to soil productivity problems in this area,” he said during an exclusive interview with Rwanda Dispatch.

Behind several homesteads in this remote rural area, urine is collected using basins and stored in covered containers behind donors’ homes for two weeks in order to protect against pathogens.