For the second time in less than a month, a chieftain of the Peoples Democratic Party (PDP) in Lagos, Otunba Segun Adewale, has stormed the… 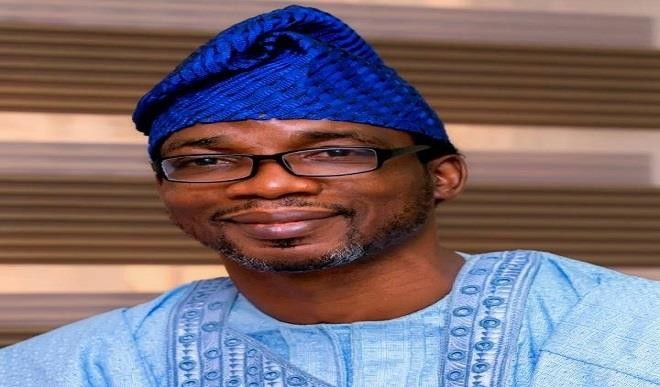 For the second time in less than a month, a chieftain of the Peoples Democratic Party (PDP) in Lagos, Otunba Segun Adewale, has stormed the secretariat of the party insisting he is the chairman.

This came after the party in the South-West has disowned him and declared Dr. Adegbola Dominic as the party chairman.

Dominic had also last week after a meeting of the party elders stressed that Adewale is no longer a member of the PDP saying that he remained the party chairman.

But Adewale popularly known as Aeroland stormed the party secretariat with scores of his supporters, declaring himself as the Chairman, saying the tenure of Dominic expires since December last year.

The supporters were seen with various placards with inscriptions such as: “Please come and rescue us from Bode George”; “The solution of PDP Lagos State is Aeroland”; “Otunba Adewale is the right man for PDP Lagos”; “Aeroland contributed to the growth of PDP Lagos state”; among others.

Adewale told newsmen that he was ready to liberate the party from few individuals, saying the incumbent Chairman was never elected in any of the state congresses of the party.

“I emerged as the state chairman during the reign of the then national Chairman of the party in 2016 to oversee the affairs of the party for four years, which should ordinarily terminate in 2021.

“Adewale is not a member of PDP, he went to contest in Ekiti and now he is back. At the National Working Committee (PDP), we have taken a decision on him. He is a joker, Dominic remains the Lagos PDP chairman until a fresh state congress is called by NWC nationwide”, he added.