Aftermath of Massacre: What has changed for the rice farmers of Zabarmari?

Weeks after insurgents killed dozens of rice farmers in Koshobe village near Mafa Council, Maiduguri and Zabarmari have turned into a Mecca for condolence visits.… 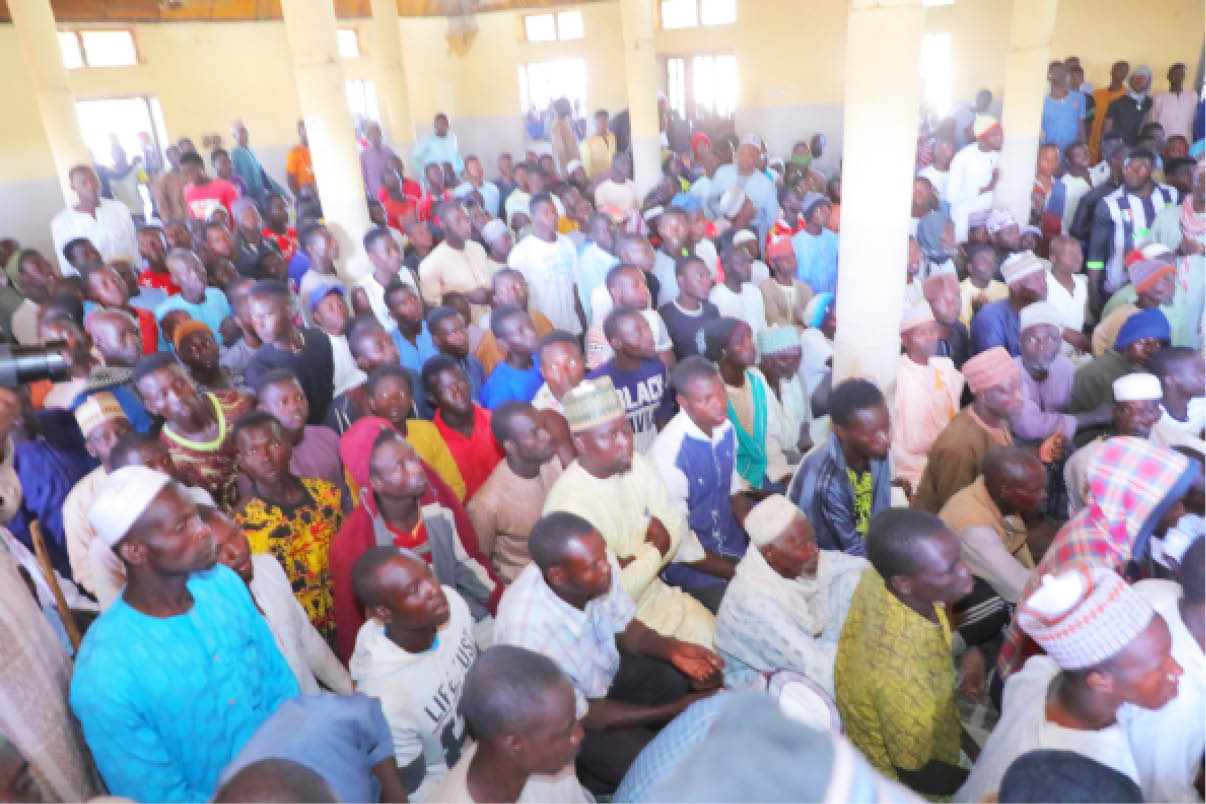 Weeks after insurgents killed dozens of rice farmers in Koshobe village near Mafa Council, Maiduguri and Zabarmari have turned into a Mecca for condolence visits. Daily, dignitaries, including a presidential delegation, governors, ministers, legislators, development partners and traditional rulers throng the state. But what has changed for the frightened rice farmers of Zabarmari?

Since October this year, there has been a spike in Boko Haram attacks in Borno State. For many inhabitants of the state, the situation is worrisome.

Farmlands are now death traps for farmers. In Damboa, Chibok, Konduga, Dikwa, Ngala, Damasak and other places, there have been attacks on farmers that have gone unreported.

The recent massacre in Zabarmari has taken the state years back in the gains it has made against insurgency.

Zabarmari is an agrarian community, predominantly occupied by Hausa people who came from Zamfara, Sokoto, Jigawa, Katsina, Kebbi and Kano states to work in the community as farmhands. There are very few Kanuris and other minority tribes among them. Most of the 25,000 inhabitants of the area are into rice, pepper, onion, okra farming as well as fishing.

The fertile land of Zabarmari, located some 20km from Maiduguri, guarantees dry season farming due to its proximity to the Lake Chad Basin and other riverine areas.

Since the massacre, residents have been receiving gifts of relief materials. But that is not what they need, they say. They only need security to harvest their crops in the field with which they say they can feed their families and help the economy.

“We have millions-worth of rice unharvested in the bush,” Alhaji Kachalla Ali Mai Fata, a local politician said. “Food and cash given are well appreciated but what is paramount to us is security. We need security to be able to harvest our farm produce.

Muhammad Sani, a native of Sokoto State, lost two of his brothers in the massacre. He said they were left unprotected.

“As I speak, the whole thing looks as if it is a dream. Two of my brothers were killed. One of them is Musa and the other one is Usman Abubakar. On that day, it was destined to be their last day on earth. At about noon, we heard the bad news of what had happened,” he said. He is clear who dropped the ball that caused his brothers and the other farmers their lives.

“If soldiers had done their jobs, this wouldn’t have happened and we hope that they take serious action to ensure we can move freely. That is what we hope for. It is sad and bad that this ugly situation is happening almost every year. Zabarmari deserves more than what we are getting from the security agencies,” Sani said.

But the fear is not only in Zabarmari. In Maiduguri too. A Public Affairs Analyst, Abubakar Mohammed Kareto, said people of Maiduguri feel caught between the devil and the deep blue sea.

He noted that the Maiduguri-Damaturu Highway is the most economically viable coming into Maiduguri, thousands of cars and lorries carrying goods and people are plying the road daily, but recently, the road has become a death trap to many commuters.

Along the road, there are towns like Auno, Jakana, Mainok, Benisheikh and Ngamdu and despite the presence of people in these towns, Boko Haram still operates, killing and abducting people and snatching goods in some instances.

“Cases of killing and abduction of people, looting of goods have become a daily routine on the road. Many of these incidents are not reported in the conventional media but one does hear a lot in the cities of Maiduguri and Damaturu about commuters being kidnapped, killed and goods snatched from affected families and relatives.

“The economic importance of the road cannot be overstressed, this is the only nostril that Maiduguri is breathing with and once blocked, the city is cut off completely,” he said.

According to him a few police armoured personnel carriers and a handful of military vehicles do patrol the road but they do not seem to be enough.

“I think the army, air force and the police need to adopt new strategies that can curtail this serious carnage,” he said.

“Due to the deadly nature of the Maiduguri-Damaturu Road, many have opted for domestic airlines. The elites and those with economic strength use airlines, leaving the common man at the mercy of Boko Haram along the highway. Though many middle-class people are struggling to use the airline, the recent upsurge in airfares has dampened the hopes of many. We are experiencing one of the most expensive pricing regimes in local airfares as ticket rates have more than doubled,” he said.

“We have been keenly observing the trend and have been making efforts to engage with relevant stakeholders with a view to properly fashion out solutions to the problem,” he said.

“The trend of events is seriously affecting the citizens and there is the need for urgent intervention before things get out of hand,” he added.

The massacre has affected farmers who are now afraid to return to their farms. Seventy per cent of the populace are thought to be farmers.

“Citizens are being abducted, kidnapped and killed at will. There is urgent need to employ a sustainable solution to allow people have access to movement and livelihood because this is the actual responsibility of any government, anything short of this is not acceptable,” Shehu said.

A former governor of the state and current senator representing Borno Central, which includes the Zabarmari/Koshobe areas, said they helped bring this government to power and they also can express dissatisfaction with its performance.

“We are questioning his passion to restore peace in the northeast,” he said. “We respect him, we cherish him, we love him but we don’t differ because he is god. Buhari is not god. If there are things that need to be corrected, we are going to point them clearly to him, unequivocally, unambiguously but without playing to the gallery. That’s the position of my governor. We witnessed some progress in security in the first two years of Buhari’s administration but things are backsliding.

“Why I was agitating for the removal of the service chiefs is to do with the fact that they have given their best but their best is no longer enough. Are they so indispensable? No! God is indispensable, we believe morale is low. There’s need to inject people with new ideas and a fresh perspective to address the issue. By June next year, course 35 of the NDA are going without reaching the pinnacle of their careers, so justice, equity and fairness, even common sense, demands that these service chiefs should go,” he said.

But for the terrified and stunned farmers of Zabarmari, it doesn’t matter who is in what position as long as they can have the security they need to harvest their crops and feed their families. Surely that isn’t too much to ask, is it?