After my husband’s death, a relative was asked to inherit me – Benue widow

Perpetua Oche, a widow who lost her husband nine years ago while they were residents in Lagos State, in this interview shares her story about… 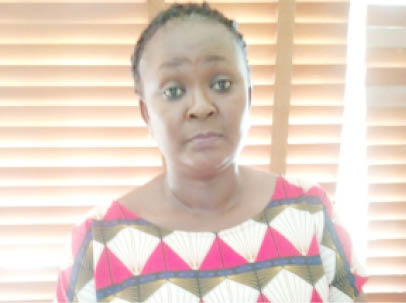 Perpetua Oche, a widow who lost her husband nine years ago while they were residents in Lagos State, in this interview shares her story about ‘wife inheritance’ traditional practices still going on in modern society. Oche, a mouthpiece for many other widows in Benue State today facing all manners of ill-treatment following their husbands’ demise, speaks on the need to abolish these harmful widowhood practices which she, fortunately, managed to overcome.

What was your experience after your husband died?

I’m from Benue State—Idoma by tribe, but my husband was from Delta State. I lost him nine years ago. I have a daughter. After I lost my husband in August 2013, he wasn’t buried until after six months because of some family issues. I had to stay in the family house from that August till October when I went to carry my belongings from Lagos because that was where we resided. So, when I came back in October, I had to live again in the family residence and look for a means to take care of my daughter until February the following year, when he was buried.

Where there any odd traditional rites you performed over his demise?

After my late husband’s burial in 2014, I was told that there were some traditional rites to be observed. The elders assembled and I was put in their midst with my baby, then I was told that I had to marry one of the relatives. However, before then, God used one of them to tell me what was going to happen so when they told me that, I replied that I couldn’t do such a thing so they said if I was not going to oblige the request, I would have to return the dowry. Fortunately for me, my parents had told me not to argue with them. So, I asked how much the dowry was. They asked the person who was to inherit me how much I was going to return, and he mentioned a certain amount but the women of the house said no, that the amount was too much. So, he now mentioned an amount which I had on me, and I brought out the money and gave to him. Afterwards, the eldest man in the house prayed for me and my daughter, then they released us to go. They requested that we should buy malt drinks which the elders would pray on, drink and also pray for me.

How did you cope with your in-laws during the mourning period?

During the mourning period, while I was still in Benin, my mother-in-law did not want me to go (leave marital home), she was citing instances of several women who lost their husbands and were still in the house.

But, I was very young then, 32; everyone had abandoned us and we were alone with my mother-in-law that period. I was the only one doing the house work, trek to the market with my baby – then come back home and cook. Although people were sending money to me and I was the one feeding my mother-in-law, but I couldn’t continue living on hand outs at that age. I decided to leave so I can come back home (Benue) and fend for my daughter. My mother-in-law however became angry. She said if I must go, I would have to leave my daughter behind. I didn’t argue with her because my people told me not to argue. I was just praying and then one day, she told me that if I wanted to go, I should come and write an undertaking that I will be bringing the girl from time to time, and I will also give her the address and phone numbers of all my relations. I said no problem. I wrote the phone numbers and gave her all the addresses she required from me. I however didn’t write the undertaking since I didn’t argue with her, so she didn’t know what else to do. That was how I finally left and came back to my own people in Benue.

What other things were demanded from you as his widow before the burial?

I was asked to declare his assets before my husband’s burial and like I said earlier, my parents told me not to argue with them but to tell them everything I knew. They told me never to struggle with anything about property. They went to get some of the things like the cars but I don’t know about the house and lands.

How have you been coping with your daughter ever since?

Until today, nobody has asked me how I have been coping with my daughter but from time to time, my mother-in-law, probably for conscience’s sake, calls me. I’m presently a PTA staff at the Mount Saint Gabriel Secondary School, Makurdi. I’m a teacher by profession. I was teaching even before my husband’s death. My daughter is 11 years old now and God has been our backbone.

Did they give you any of the property?

No, they didn’t and I don’t even want to be given. I didn’t want anything that will be used against me.

What is your reaction towards a proposed bill to end harmful widowhood practises in Benue State?

It’s a wonderful bill. The whole world would get to know that such practises need to be stopped because it has been going on for ages and widows have not been able to fight for their rights. The bill to my understanding is the first of its kind in Benue and Nigeria. Let the world know that we are actually crying out over these harmful practices.

The other day, somebody said, during one of our conferences, that women who want to follow tradition should be allowed to follow tradition but we argued that some of these traditions are harmful and it got me thinking that some of these women don’t have a choice most of the times because they don’t have anyone to fight for them. If I didn’t have my family members to fight for me, maybe I would still have been in the village in Delta State, married to one illiterate villager. But, because I was married to an educated person and have people behind me and I’m also educated and enlightened, I stood for my rights. If most of the women have people standing for them, they won’t oblige to some of those practises. So, the bill is a very good one so that widows can have somebody to fight for them or know where they can go to fight for their rights.

Do these harmful practises exist in Idoma land?

There are such practises in some Idoma areas where the woman has to stay in the room with the dead body or sit on the floor in a dark room to mourn for a long period, with nobody coming to feed her. There’s also a situation where one’s children will be shared among relatives and only God knows the future of those children.