Operatives of the Ogun State Police Command have arrested five suspected cultists-cum-armed robbers along Molipa Road in Ijebu Ode, after a gun duel with the… 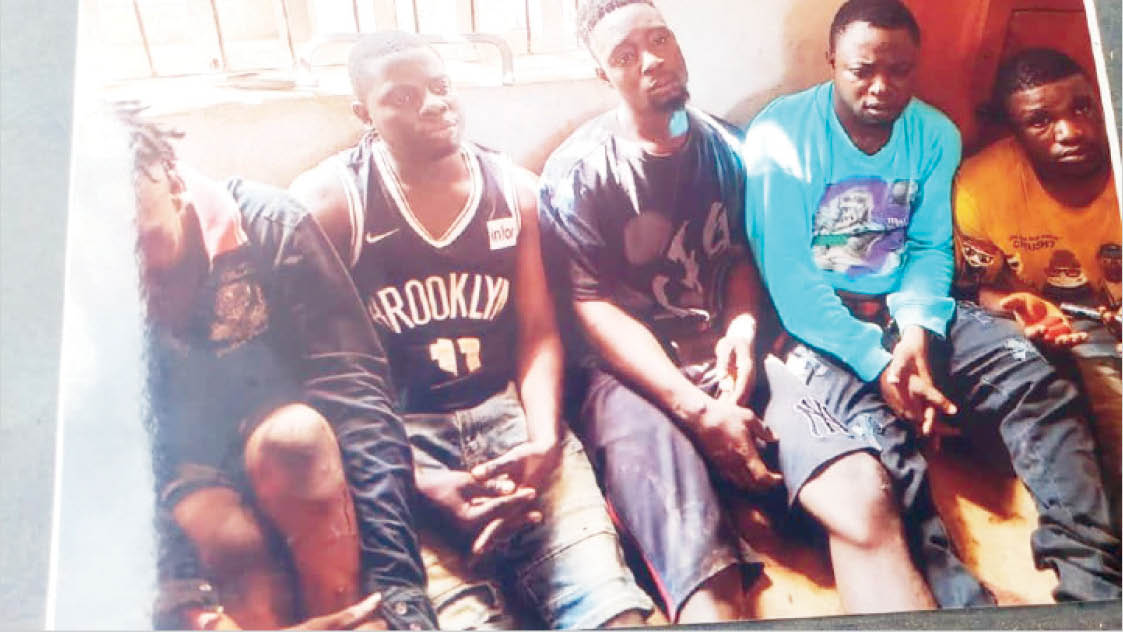 Operatives of the Ogun State Police Command have arrested five suspected cultists-cum-armed robbers along Molipa Road in Ijebu Ode, after a gun duel with the hoodlums.

The hoodlums, allegedly terrorising Ijebu-Ode and its environs, have reportedly carried out some killings including that of a police sergeant in the area.

The police spokesman, Abimbola Oyeyemi, on Sunday, said the suspects, Segun Olabiyi aka Koleje, Musa Atanda aka Musa Sars, Olorunjuedalo Adewale, Olamide Odewole and Peter Anuoluwapo Akinyemi, were arrested in their hideout while planning another attack.

Oyeyemi labelled the suspects ‘dreaded,’ adding that they had been on the wanted list for a long time.

He said the Obalende divisional headquarters in Ijebu Ode got a hint that the hoodlums, who are members of Aiye confraternity, had gathered in a hotel preparatory to an attack.

He said following the hint, the DPO Obalende Division, SP Salami Murphy, mobilized his men and went to the scene.

“On sighting the policemen, the hoodlums engaged them in gun battle but they were subdued by the superior firepower of the policemen, which eventually led to the arrest of five among them while others escaped with bullet injuries,” Oyeyemi said.

He said one locally made short gun, two live cartridges and assorted charms were recovered from the suspects at the scene.