Nigeria’s senior men basketball team, the D’Tigers, on Thursday whipped Cameroon 106-91 points to move into the semi-finals at the 2017 Men’s AfroBasket Championship in… 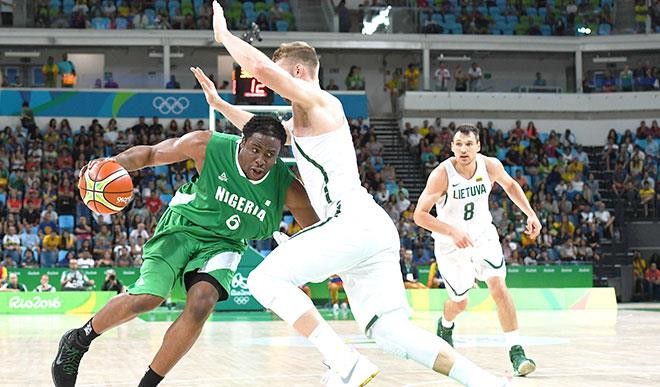 Nigeria’s senior men basketball team, the D’Tigers, on Thursday whipped Cameroon 106-91 points to move into the semi-finals at the 2017 Men’s AfroBasket Championship in Tunisia.

According to the official website of Nigeria Basketball Federation (NBBF), D’Tigers led the scoreboard aggregate throughout the fiercely-contested quarter-final match.

The Nigerian side started off early, winning the first quarter 25-18 points, and consolidating on this with a 27-25 points win in the second quarter.

The Cameroonians fought back to win 27-23 in the third quarter, but it was not enough to upstage the D’Tigers who still led 75-70.

U.S.-based Ikechukwu Nwamu was the top performer for the D’Tigers with 25 points, four rebounds, seven assists and a steal.

Ike Diogu also scored 28 points, one steal and a block, while Daniel Ochefu had 10 rebounds, and Ike Iroegbu had seven assists.

Cameroon’s top performer was Benoit Mbala, who scored 32 points, 10 rebounds, one assist and three steals, but he was unable to help his team survive the claws of D’Tigers.

The News Agency of Nigeria(NAN) reports that the D’Tigers are the competition’s defending champions.