The death of Her Majesty Queen Elizabeth II last Thursday, September 7, 2022 brought to an end the remarkably long life and reign of arguably… 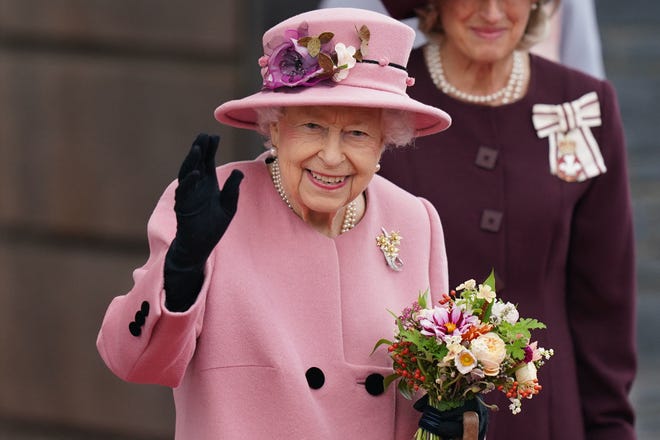 The death of Her Majesty Queen Elizabeth II last Thursday, September 7, 2022 brought to an end the remarkably long life and reign of arguably the world’s most important monarch and head of state.

Announcement of her death stunned and reverberated around the world within minutes of its release as fellow monarchs, presidents, heads of states and governments, statesmen and leading global figures reflected on the momentous development. Leading the tributes was her son who automatically became King Charles III upon her death, in his first official address as King to the British people, described his mother as a “life well-lived, a promise of destiny kept”, and he vowed to renew that “promise of lifelong service’’.

Charles praises Queen’s reign as he is formally confirmed king

Newly elected Prime Minister of Britain, Liz Truss, who met with the late Queen just last week to seek her permission to form a government remarked that she was “the most remarkable person I ever met’’. Commonwealth Secretary-General Patricia Scotland who served in that capacity under the late monarch who was the nominal head of the organization stated that “Throughout her reign, and seven decades of extraordinary change and challenge, Her Majesty was the epitome of duty, stability, wisdom and grace’’.

President Muhammadu Buhari, in his tribute stated that: “The story of modern Nigeria will never be complete without a chapter on Queen Elizabeth II, a towering global personality and an outstanding leader’’.

The late Queen Elizabeth II, was born Princess Elizabeth Alexandra Mary on April 21, 1926 at Mayfair in London and was the first child of her parents, who were then the Duke and Duchess of York. Upon the death of her grandfather King George V in January 1936, her father’s older brother Edward VIII ascended the throne. But his reign was short lived as he voluntarily abdicated the throne paving the way for her father, King George V1, to succeed him in December of that year, thus making Elizabeth the next in line to the British throne.

In 1946, she got secretly engaged to her cousin Prince Philip Mountbatten, and the following year 1947, they were married with Prince Philip taking the title of Duke of Edinburgh. Upon the death of her father in 1952, she ascended the throne at the age of 25 and at her coronation the following year, she became Queen Elizabeth II.

In the annals of British royal history Queen Elizabeth II is often compared favourably with her predecessors Queen Elizabeth I (1558–1603) and Queen Victoria (1837–1901) in terms of their long reign, achievement and impact. Elizabeth I was credited with uniting the feuding parts of the realm and setting the stage for the rise of Britain as an empire, Victoria helped ushered in the Industrial Revolution in Britain and the expansion of Empire, which, at her death covered about one quarter of the world.

Like her two predecessors, Elizabeth II (1952 to 2022) lived through the momentous changes in the aftermath of the Second World War which have seen the diminishing power and influence of Britain in global affairs through first, the dissolution of the Empire, and more recently Brexit. Starting with India, the “crown jewel’’ of the British Empire for its vast economic value, in 1947, by the late 1960s, most of the then colonies in Asia and Africa under the realm had become independent and self-governing.

In her roles as Head of the Commonwealth in the 1950s, and beyond, Elizabeth II paid visits to the colonies to consult with leaders of the Independence movements and invited them to Britain for further discussions on their future. In this regard, we recall the visit which the late Queen undertook to Nigeria in 1956, to meet with regional leaders of Nigeria in preparation for the country’s eventual independence in 1960. We recall too that the Queen, without any objection or further delay granted the request by our political leaders for her to cease to be our head of state, paving the way for the country to be fully sovereign and independent in 1963.

But while British decolonization was largely peaceful and straightforward in Nigeria and several other African countries, unlike in Francophone Africa, it was yet a very brutal process characterised by mass torture, killings and disappearances in Eastern and Southern African countries with significant “white settler” communities like Kenya, South Africa and Zimbabwe. These painful African experiences will remain a blip in an otherwise stellar and exceptional leadership of the late Queen.

But despite these, we believe that the verdict of history would remember that the late Queen impacted the world positively with her grace and poise and in the process helped to make it a better place. Her leadership of the Commonwealth which covers about three billion people globally, for example, in many ways epitomizes the diversity and inclusion which the late Queen Elizabeth helped to promote throughout her life and reign.

There is no better testimony of that inclusion than in the composition of the present UK government itself. Along with Liz Truss, the Prime Minister, are senior cabinet members of Ghanian origin Kwasi Kwarteng as Chancellor of the Exchequer, an Indian, Suella Braverman as home Secretary, a half-Siera-Leonian, James Cleverly as Foreign Secretary, and a Nigerian Kemi Badenoch as Secretary of State for International Trade. The British Empire, it must be said, has come full circle from within.

While offering our condolences to the royal family and the British people, we wish the new King of Britain, Charles III, a successful reign.