Om’oba Jerry Adesewo, the immediate past secretary of the Association of Nigerian Authors, Abuja chapter, has emerged as the president of Klub 98 Initiative. The… 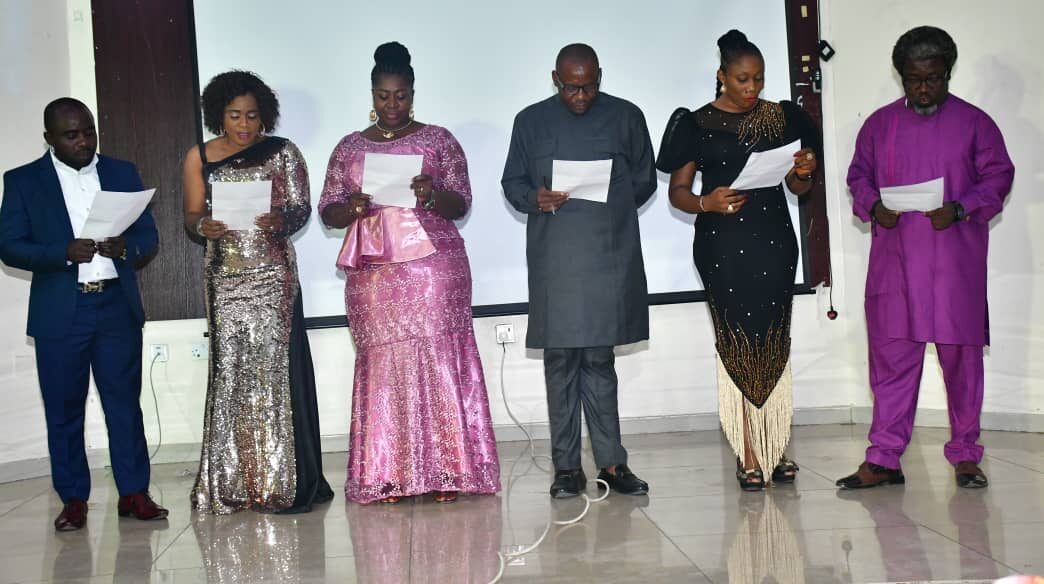 Om’oba Jerry Adesewo, the immediate past secretary of the Association of Nigerian Authors, Abuja chapter, has emerged as the president of Klub 98 Initiative.

The initiative, the 1998 set of Government Secondary School Kubwa FCT on Saturday had its first reunion 23 years after graduation where Adesewo was elected along with other executive members to pilot its affairs in the next four years after a keenly contested election.

Adesewo, the artistic director Arojah Theatre in his inaugural speech stressed that his leadership would in coming days introduce empowerment initiatives to benefit the Klub and the public, counting on the goodwill of members and its various stakeholders to make the dream a reality.

He also announced a N10 million empowerment fund to be deployed in as soon as two years as a major intervention fund in bequeathing education which he described as a legacy to less privileged Nigerian children.

He extolled the old boys and girls for their outstanding brilliance that saw the set take the lead at various competitions within and outside FCT in sports, literary engagements, quiz competitions among others.

Adesewo said the mixture of memories created during the school days may be difficult to forget, urging members to always standout for love, support and unity of purpose.

He said, “All fingers are not equal but I am personally of the belief that each of the fingers has its own importance, and if we come together, we can make a big difference amongst ourselves and of course in the larger society.

“When Klub 98 was envisioned eight years ago, the primary idea of it was to ‘bond together’ and to ‘give hack’. In other words, welfarism is going to be the foundation of the super structure we seek to build. We hope to bond together in every sense for being one another’s keeper as much as possible. And we are going to give back to the society, to humanity through our various activities.”

The newly elected president also used the opportunity to announce education scholarship for 10 students of the Alma Mater throughout their secondary education as well as award of academic excellence in honour of three members of the set, Chinonso Okafor, Obiora Onuoha and Dotun Obakeye who passed on.

The event featured presentation of award to deserving individuals in leadership and education sectors.

One of the awardees and Principal Government Secondary School Kubwa, Musa Nuhu Zuru who was recognised for his contributions to development of education and service to humanity expressed gratitude to the initiative for honouring him, noting that it is a challenge to do more.