The prestigious Nigerian polo season that spreads excitement across the country, is heading to the north eastern part of the country for the glamorous Yola’2022… 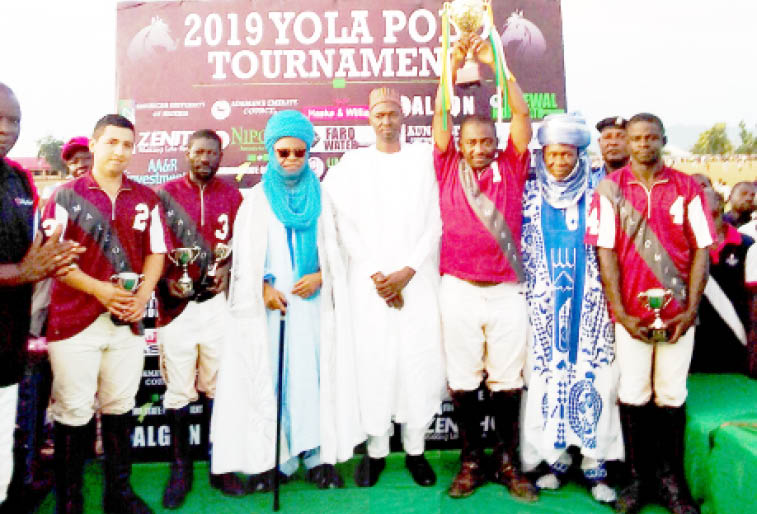 Patron of Malcomines team and defending champions, Murtala Laushi lift the Governor Cup after defeating all comers to emerge the overall champions of Yola Polo tournament two years ago

The prestigious Nigerian polo season that spreads excitement across the country, is heading to the north eastern part of the country for the glamorous Yola’2022 international polo tournament, that lines up over twenty top teams in a weeklong polo extravaganza.

A statement by the club and made available to Polo Royals, indicates that the tournament will gallop off in the last week of September and excites six days of top class polo. “Please note that Yola Polo Club has confirmed their NPF tournament dates to be from October 3, 2022 to October 8, 2022,” the statement added.

Billed to gallop off in grand style at the legendary Lamido Aliyu Musdafa Polo Ground in Yola, this edition promises to be the most competitive and the most exciting in years with the solid backing of corporate and individual partnership as the biggest supporter of the noble game of kings.

Yola polo scribe, Usman Saad assured Polo Royals on phone that the Adamawa State capital city is set to host one of the most memorable and the most exciting tournaments in years, as the organizing committee has put everything in place for a memorable event.

Vice-Captain Yola Polo Club, Aliyu Dahiru  confirmed that   major prizes at stake during the weeklong polo extravaganza include the high stake Governor’s Cup and The Lamido Cup which is the oldest prize in the over 90 years old history of the tournament.