Actors and actresses who got hitched

In Nollywood, a number of couples happened to find love on set, taken their relationship to the next level and gotten married. This week, Weekend… 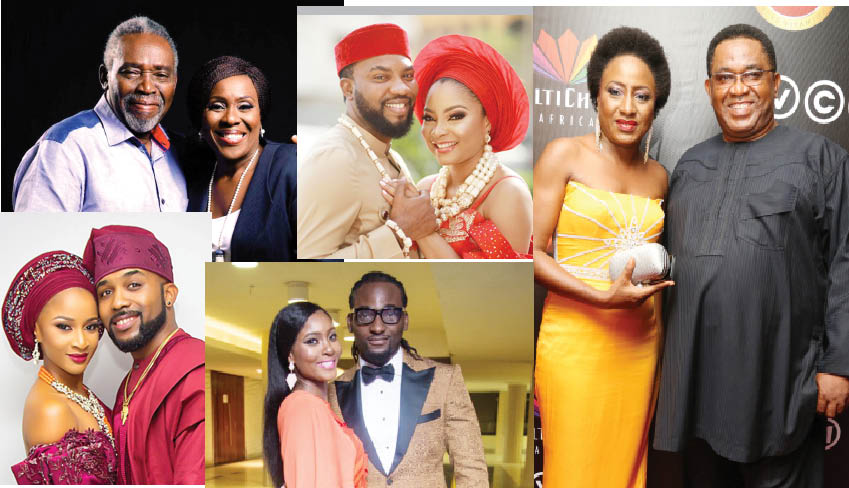 Actors and actresses who got hitched

In Nollywood, a number of couples happened to find love on set, taken their relationship to the next level and gotten married. This week, Weekend Magazine takes a look at actors and actresses that met on screen and tied the knot.

Olu and Joke have become Nollywood’s power couple, with a marriage that spans over three decades, and a growing family with children and grandchildren. The couple met while on set of filming Jero’s Metamorphosis back in 1981. Ever since then, they have remained inseparable.

The Wellington’s wedding was the topic of discussion back when thy tied the knot in 2017, after appearing together in Nollywood blockbuster movie, ‘The Wedding Party’ the previous year as husband and wife, only to get married in real life. Banky and Adesua continue display their love at every chance they get on social media, and in public too.

Ibrahim and Linda also brought their on screen love, to reality after they got married just last year after six weeks of getting engaged. The couple had been friends before Ibrahim starting acting in Tinsel, and over the years, their relationship grew stronger into what it has blossomed to be today.

The couple met on the set of hit TV show ‘Tinsel.’ After they met and hit things off, they got engage in 2014, married the following year and had their first child together in 2016.

The couple met while Ireti was working for Patrick’s media firm as an intern while she was still in school. The pair later got married, and remained in marital bliss until their marriage hit the rock a good 20 years later.