Acting is my means of survival – Dandolon Zaria

The name Ibrahim Muhammed Gellesu may not ring a bell to many fans of Hausa films, but perhaps the name Dandolon Zaria will. He is… 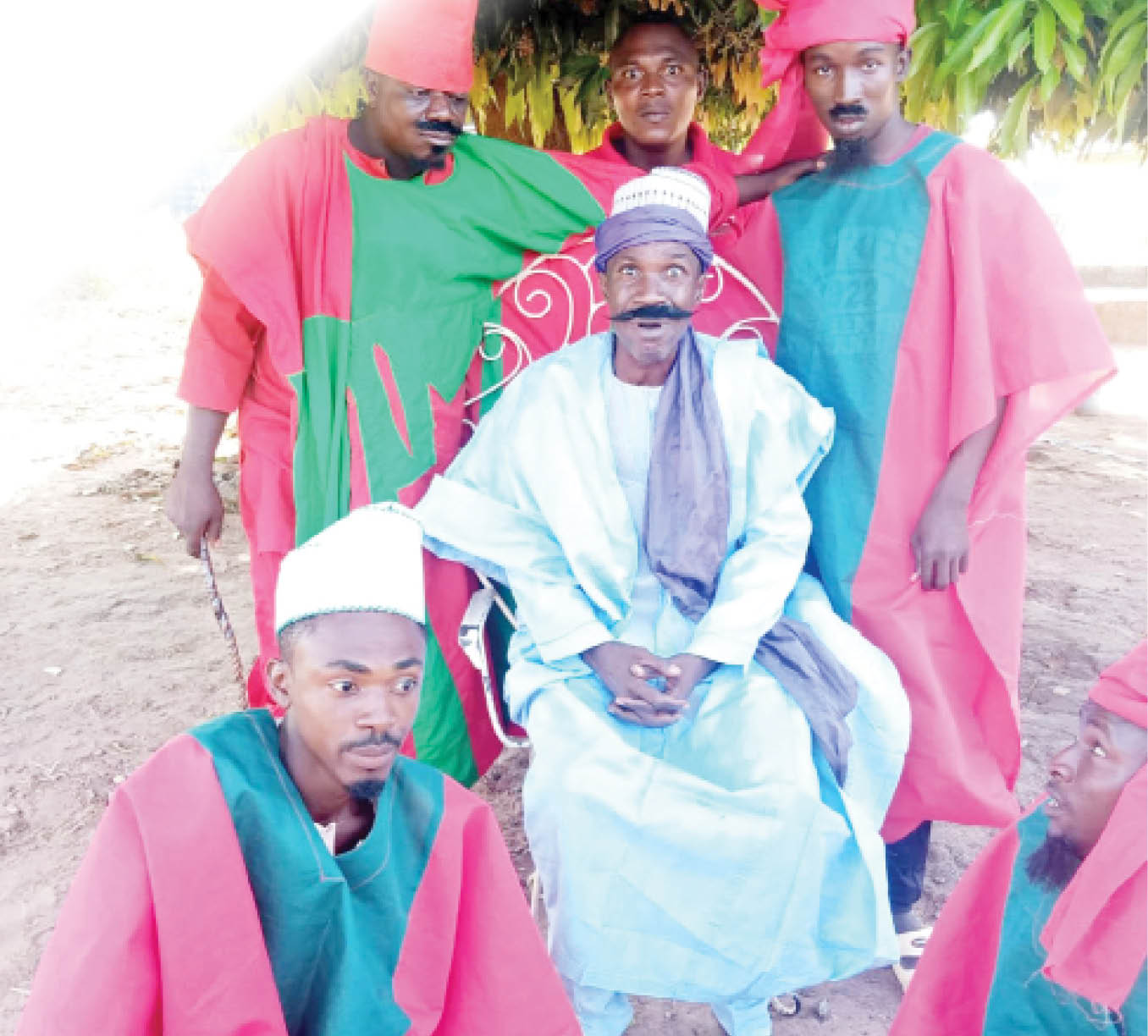 The name Ibrahim Muhammed Gellesu may not ring a bell to many fans of Hausa films, but perhaps the name Dandolon Zaria will. He is a household name in Hausa comedy films for decades, and in this interview, he talks about filmmaking yesterday and today.

Tell us a little about yourself?

My name is Ibrahim Muhammed Gellesu popularly known as Dandolon Zaria, I was born and raised in Zaria, Kaduna State. I did my conventional schools in Zaria up to diploma stage, but I didn’t go further. Presently I am an actor, a singer and a producer.

How did you venture into Hausa films?

Actually, my sojourn in acting started when I was a student at Barewa College. I started with stage drama while awaiting our final results in the year 1981. Later, famous Hausa comedian Kasagi Na Halima invited me to Katsina State where I stayed with his drama troop for about six months.

If you recall, at that period, stage drama was the order of the day and as such, due to my comical performance I got several invitations to various places across northern Nigeria. However, in the year 2000 I ventured into what is known today as Kannywood. I have starred in many films.

For me, acting is a profession which I take to be my means of survival. I produced my first movie within a short period of my being in the industry and shot me into limelight within as Dandolon Zaria.

Together with a childhood friend who is also an actor that goes by the name Gundura, we established the Gyallesu production company and under that company we did a lot of Hausa comedy films

What’s the story behind the name Dandolo?

Well, this is a name I got when I was acting stage drama as a student at Barewa College. Then I was acting the role of a son of a character called Dolo, and as his son, my name will be Dandolo, which literally means the son of Dolo.

However, as I have mentioned earlier, I was invited by Kasagi to Katsina and while I was in Katsina, the stage name Dandolo was officially adopted. Similarly, as the character’s role implies, many artists came up with the same name and as such I had to add Zaria to mine to make it distinctive and different from the others.

What do you do besides acting?

Besides acting, I am into some businesses. I sold DVDs and other accessories with little diversifications here and there to make ends meet. I have a shop at Kofar Doka in Zaria among other things that I do as a businessman.

How would you compare the industry of today and what it was in the past?

Well, in terms of the equipment, the industry has really improved because the quality of pictures and sound are of more quality compared to years back. Also the context of the stories are now more mature.

Similarly, in terms of financial gratification, the industry has really done a good job in that aspect even though we receive more money now, the value seems to have dwindled on the other hand.

Sadly, the industry has suffered regarding respect and commitments from practitioners. However, going by what is happening presently in the industry, especially in the social media, you will find out that artists do not respect each other as colleagues any more. That is a serious issue that we need to address in the industry.

Similarly, in terms of financial gain, practitioners now have less problems with their finances after working. As against the initial process where one had to wait for a long time before getting paid, the transition to YouTube has made artists access their funds easily.

Though people were of the view that the Hausa film making industry will die naturally, the industry has been growing in a new dimensional pattern and there have been various opportunities being offered by the sector.

Let me state here that Hausa films are more popular now than they used to be years back.

Is it true that you operate as a team with Gundura?

When I decided to join the industry, I figured out that my childhood friend Lawal Muhammad Gellesu popularly known as Gundura has been an active dramatist for years and I also figured out that if we team up we will be able to make a good pair.

What is the difference between Ibrahim Muhammed Gellesu and Dandolo?

(Laughs) They are two different people entirely, Ibrahim is a family man who loves to make a living lawfully. He is a peace lover and a man of principle, while Dandolo could be anything the script says, a clown, a bully and whatever character he is given.

However, people should understand that the character an actor plays in a certain movie does not mean that he is playing his real life character but only a script role. We are most times mistaken as being the characters we play in movies which in reality we are not.

Yes, I am married; I have two wives and children.