ACF demands end to profiling of Fulani in Southwest

The Arewa Consultative Forum (ACF) on Saturday demanded an end to what it termed profiling of the Fulani people in the southwestern region. The National… 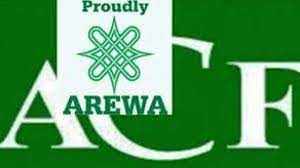 The Arewa Consultative Forum (ACF) on Saturday demanded an end to what it termed profiling of the Fulani people in the southwestern region.

The National Chairman of ACF, Audu Ogbe, made the demands in Abeokuta, Ogun State, at the inauguration of the South West Executive of Arewa Consultative Forum and conferment of the Award of Peace Ambassador on Governor Dapo Abiodun by the forum.

Ogbe, represented by the Administrative Secretary, Munir Mohammed, expressed concern over the alleged ethnic profiling in the region.

He called for the prosecution of those found “wanting in the law courts to serve as a deterrent to others.”

The ACF Chairman noted that Ogun “is one of the few states that accommodates people from diverse cultural, religious and political affiliations.”

Ogbe also appreciated the state government for “making Ogun conducive for all to carry out their daily business activities without molestation.”

In his remarks, Abiodun called on Nigerians to eschew politics of rancour and acrimony, as the election draws nearer.

He noted that it was time to engage in activities that would unite rather than divide the country.

“We must not allow politics to truncate what we have enjoyed in Ogun State. This administration has done everything within its capacity to lower the political temperature, to ensure that all issues relating to crime, criminalities and thuggery are lowered so that our people can be free to go about their businesses.

“I want to thank the Miyetti Allah chairman who in his remarks stated that in Ogun State, everyone is free to go about their legitimate businesses at any time of the day. I, therefore, urged all our people to continue in their support and cooperation and also in prayers, together, we will build a state that is enviable by others”, he said.