Transporters in the Federal Capital Territory (FCT) hiked fares to about 100 percent as partial work resumed on Monday. Passengers who were going to the… 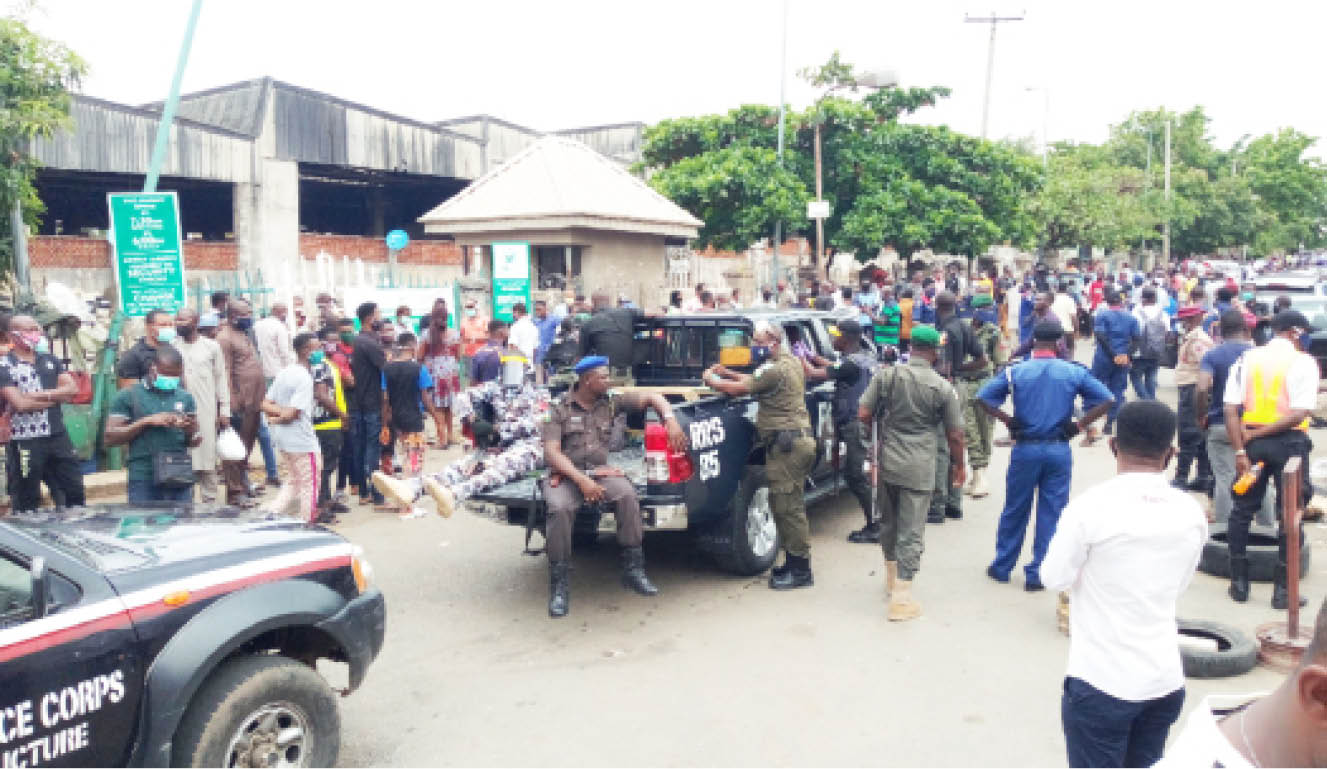 Operatives under the FCT COVID-19 security team barricade the UTC Shopping Centre at Area 10 to enforce the market operational days announced by the FCTA in Abuja yesterday Photo: Felix Onigbinde

Transporters in the Federal Capital Territory (FCT) hiked fares to about 100 percent as partial work resumed on Monday.

Passengers who were going to the Central Business District through Berger and Area 1 at the popular AA Rano Junction in Kuje, lamented the increase in transportation fare which they said would add more pressure to their lives this period.

As against the N250 commuters used to pay to Berger and Area 1, they were charged N400 each.

The motorists, however, defended their decision, saying they had to increase the fares due to the limited number of passengers they are now conveying to comply with the rule of social distancing by the government.

A passenger, who doesn’t want his name in print, said he was going to his business place and that before now he spent N800 to and fro the city, but that with the current situation of things, he would spend between N1400 to N1600 today.

He said the government has to come to the aid of the poor Nigerians by providing alternative means of transportation at a cheaper rate to convey people to the city.

Another passenger who identified herself as Mrs James, who had just disembarked from a commercial vehicle at  Berger, said she paid N500 from Suleja to Berger, adding that it used to be between N250 and N300.

“I did not know that from Berger to Kuje is this high too. Not even N300. This is too bad,” she said.

A commercial driver using a Toyota Sienna said they used to carry nine passengers at the rate of N250 each but that they had to reduce the number of passengers to six and that is why the transport fare had to go up too so that they do not run at a loss.