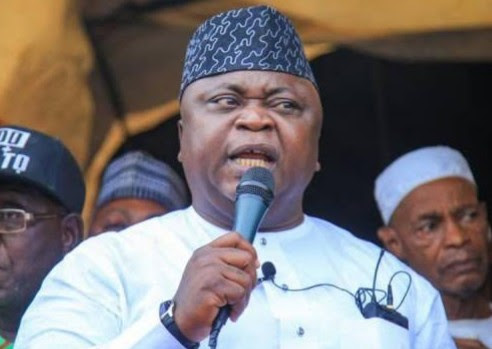 A Federal High Court sitting in Abuja on Thursday affirmed Oladipupo Adebutu as the winner of the governorship primary of the Peoples Democratic Party (PDP) in Ogun State.

This was after the court presided over by Justice Inyang Ekwo dismissed a suit by Jimi Lawal for lacking reliable and credible evidence.

Lawal, who contested the May 25 governorship primary election of PDP, had challenged the emergence of Adebutu, alleging that an invalid delegates’ list was fraudulently used by the PDP to conduct the election.

The plaintiff had prayed that the purported primary be cancelled and another conducted with the authentic ad hoc delegates.

Delivering the judgement, Justice Ekwo described Lawal as a “spoiler”, having joined the PDP in March from the All Progressives Congress (APC) and participated in governorship primary held in May.

The court also held that the delegates list which Lawal challenged, was the same list approved by the PDP and the Independent National Electoral Commission (INEC) which was used during the primary through which Adebutu emerged as the candidate of the party.

On Monday, the Court of Appeal, Ibadan Division, had set aside a judgment of the Federal High Court, Abeokuta, Ogun State, ordering the conduct of fresh primaries by the Peoples Democratic Party (PDP).

Justice O O Oguntoyin had in a September 27 judgment directed the State Executive Committee of the PDP to rerun the primaries within 14 days in a suit filed by aggrieved members of the party working for Lawal.

But while delivering the judgment in an appeal filed by the PDP, Justice Folasade Ojo said the lower court was wrong in its judgment as only the National Working Committee (NWC) of the PDP was vested with the power to conduct primaries.