The abducted mother of the Kano Central Senatorial aspirant of the All Progressives Congress (APC), Abdussalam Abdulkarim AA Zaura, has been set free and has… 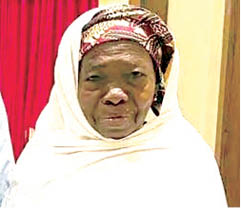 The abducted mother of the Kano Central Senatorial aspirant of the All Progressives Congress (APC), Abdussalam Abdulkarim AA Zaura, has been set free and has reunited with her family.

City & Crime reports that the aged mother of the senatorial candidate, Hajiya Laure Mai Kunu, was abducted by gunmen in her house in the early hours of Monday at Zaura town in Ungogo LGA who later contacted the family that they were in Katsina State.

However, a day after her kidnap, the Chairman of Ungogo LGA, Abdullahi Garba Ramat, announced that she regained her freedom.

Alhaji Garba posted on his Facebook page: “Alhamdullah, Hajiya Laure, the mother of AA Zaura, who was kidnapped and whisked away to an unknown destination has just been rescued safe and sound. Prayers would always perform magic, even magicians get dismayed.”

Speaking to City & Crime, Alhaji Ramat said, “She was rescued alive and healthy and they (DSS) have since brought her back to Kano. There was nothing like ransom; she was rescued by security personnel.”

Also, Alhaji AA Zaura confirmed her release on his Facebook page where he appreciated people and security operatives for their contribution to her release.

He wrote: “I want to thank the DSS, air force, police and civil defence for being on their toes until the release of my mother. I will never stop the good deed I’m doing for Kano. I believe, as a Muslim, I must be tested in many ways.”